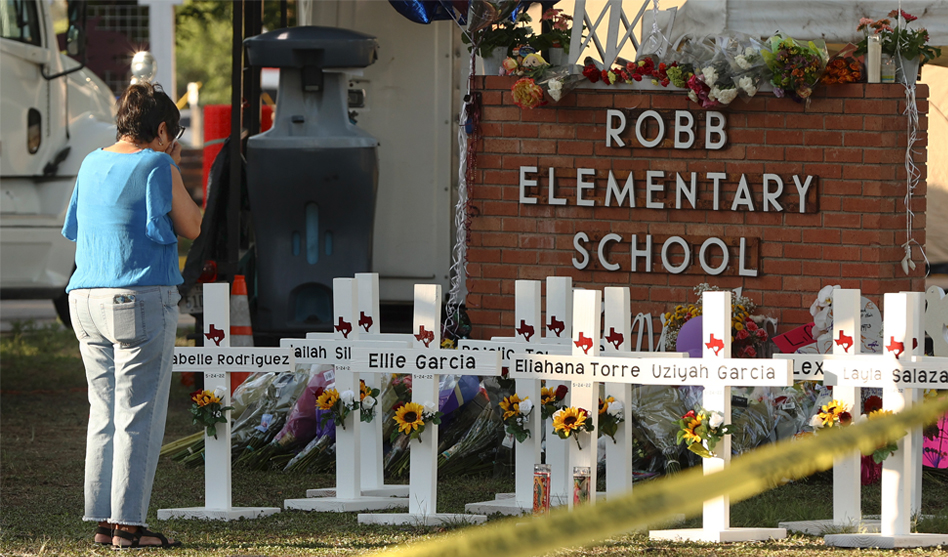 Dora Mendoza, grandmother to victim Amerie Jo Garza, wipes tears from her eyes as she pays respects to her granddaughter and others at a memorial site for the victims of the Robb Elementary School shooting, Thursday, May 26, in Uvalde. (Kin Man Hui/The San Antonio Express-News via AP) 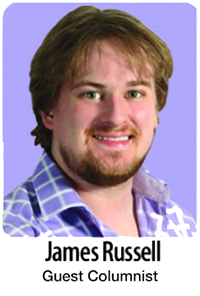 Republicans in Texas are most embarrassed by the state’s cheating, scandal-plagued, criminally-indicted attorney general, Ken Paxton, who just survived a bruising primary and runoff.

They also wince whenever Agriculture Commissioner Sid Miller opens his mouth, gets another Jesus shot or posts another Islamophobic, homophobic, transphobic or other-phobic bit of drivel on social media. He, too, just survived a primary challenge from an East Texas Republican who has backed bills calling for a referendum on Texas to secede.

That man is Gov. Greg Abbott. And yes, he actually said that at a press conference on Wednesday.

Flanked by Republican Lt. Gov. Dan Patrick and the governor’s lap dog, Speaker of the House Dade Phelan, Abbott rattled his way through the thoughts, prayers and diversions tactic of talking about mental health. You know, robots can’t cry or express emotion — and neither, apparently, can Greg Abbott. You’d think the guy would show a little more compassion after 19 goddamned kids were killed by another, older kid with an assault rifle.

But, no, that shouldn’t be expected. After all, his team consists of the same folks who initially planned a press conference in front of the elementary school before realizing, “D’oh! Maybe we should give these folks some space!”

Abbott’s a prototype robot waiting to be fine-tuned for his presidential run in 2024. He’s the guy — though, truly, Patrick and Phelan are just as bad — who made a pretty buck suing after a tree took away his ability to walk, then went on to advocate for laws that made it harder to do what he had just done.

He’s the guy so desperate for power in the largely ceremonial role of Texas governor that he’s taken unprecedented unilateral control of agencies. He banned abortion and even allowed people who discover someone else had an abortion or aided someone in having an abortion to profit off reporting them to authorities.

And yeah, not to be outdone by Florida Gov. Ron DeSantis, Abbott’s the guy who — that’s right — wanted to bar trans kids from bathrooms, locker rooms and from playing on teams based on their gender identity. Last year he was successful in accomplishing that last one.

And yeah, he’s the guy who, during his time in office, has seen more mass shootings in the state than any other governor in state history. For a gun-loving state, that speaks volumes. Especially because he is also the one who has managed to completely gut gun laws in the state, allowing just about anyone who can pick up a gun to carry it around in public.

Anyone who has an IQ in even the single digits in and around Austin knows Abbott does not care about this state or the real issues affecting us. No, he doesn’t care about our maternal mortality rate, that trans kids are likelier to commit suicide, that undocumented immigrants are worse off because of his dangerous and deadly rhetoric.

He only cares about how he is polling and about his 2024 presidential run.

Because he doesn’t even realize he caused it.

And that’s not just an embarrassment, it’s criminal.

James Michael Russell is a freelance journalist based in Fort Worth who focuses on covering the Texas Legislature and state politics. He is also a former staff writer for Dallas Voice.