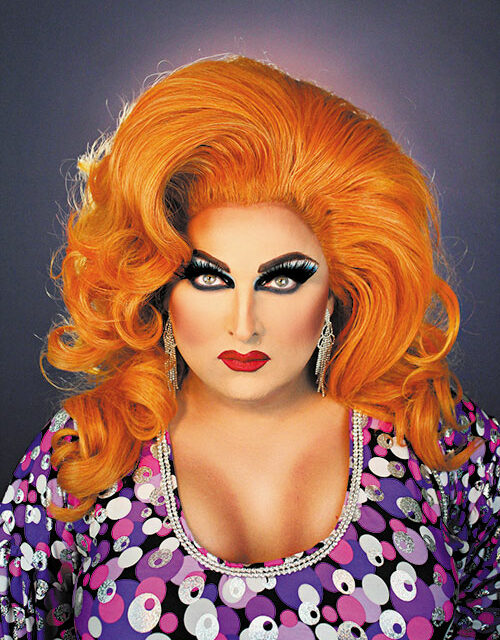 My shady mom and a closeted gay boy

Hello my babies. I hope this day finds you well. In this week’s episode of brain vomit, I will entertain you with some of the stuff that has happened to me over the past few weeks. It’s nothing major, just random shit that I found funny.

The first involves THE BRENDA LOVE, my mother. I have called my momma “Brenda Love” for years. I don’t think she likes it much; neither does my husband. He is always on me to call her Mom. Me being the annoying man-child that I am, once I know something bothers you slightly, it is hard for me to let it go. So, I called Brenda Love a few days before Mother’s Day to let her know that I couldn’t come out to see her on that Sunday but wanted to take her to lunch on the Saturday before. She didn’t answer so I sent it in a text.

Later that day — by the way it was Cinco de Mayo — we went to Mia’s on Lemmon for my friend Justin’s birthday celebration.

Between the mango margaritas and the carne asada I was in heaven. We were there really early to beat the rush, and we timed it perfectly. We got in, ate and drank then got out with time to spare because we were headed to see Mean Girls The Musical. We had time to stop at JR.’s for another quick round of drinks before we headed to Fair Park.

In the car on the way to Fair Park, my mom calls. I put it on speaker so everyone in the car can hear our conversation. I say, “Well hello Brenda Love.”

(Sidenote: Y’all know I am country as fuck. Y’all have heard me emcee, and I have a bit of a southern twang to my voice. Well, I get that 100 percent from my momma. Her voice is so country that even I make fun of it, and I obviously have no business making fun of anyone else’s twang. I have done my impersonation of my momma for my friends many times over the years, and it is dead on. The sad thing is, I don’t even change my voice that much; it is almost my regular voice. I sound just like her.)

Anywho, our conversation continues, and we decide she is going to meet me in Waxahachie that Saturday, and I will take her some place nice for Mother’s Day. At one point she asks if I have been drinking, and I was like, “Me? No way!” And of course, everyone in the car starts laughing. She very smugly states that she knew it, she could hear it in my voice.

After a few more minutes of us gossiping about family members, I tell her bye and that I love her. She tells me bye and that she loves me bunches.

A few seconds later, I turn to my friend Ross who is in the back seat and say, “I told you she was country as fuck.” He laughs and says, “Baby, you were not lying.” We laugh and then I tell him, “Now you see how good of an impression I do of Brenda Love.”

Then I go right into my mom’s voice saying, “Oh well, whatareya gonna do?” My husband chimes in with, “I don’t have anything bad to say about his mom; she loves me.” I then say, “She loves you more than she loves me.”

We all giggle … Then we hear this ominous voice coming through my speakers: “I am still here!”

Bitch, we fell the fuck out! We all started laughing with our cracked faces. She had done let us have it. I was like, “Oh shit, did I say anything too bad?” Then she said, “I figured I better say sumthin’ before y’all said sumthin’ too bad.”

I haven’t laughed that hard in a long time. It was out of embarrassment and shame, but that shit was still funny.

That Saturday when I took her to lunch, she just laughed at me. She knew she had gotten me good, and, as a son, if you don’t do an impression of your mother, do you even love her? I love my forgiving, shady mother.

I learned a great lesson that day: Make sure you hang up the phone before you start stalking shit about your ma.

Just a few minutes later, as we were walking to our seats for Mean Girls, another memorable thing happened. There were six of us gays sitting together that evening. Two couples — myself and Jamie, Justin and Zeek — and another couple of queens. One is a drag queen and the other is almost always the most well-dressed guy in the room. So, when you see us all together, there is no doubt that we are of the rainbow persuasion.

As we make it down the aisle to our seats Jamie is holding my hand. The young people sitting behind us immediately start eyeing each other to see if the others are seeing this parade of fabulosity. There was a girl — maybe 16 — next to a boy — maybe 14 — and a couple of other young-uns. They were wide-eyed and snickering as we sat in our seats.

As soon as I sat down, I whipped my head around to them and asked, “So, who in your group is the Regina George?” We were seeing Mean Girls after all. The 14-year-old boy quickly said, with hate and malice, ”I don’t know who that is?”
First off, bullshit. Secondly, I could tell from that one little sentence that that little boy was a big ol’ sissy.

Wait, did that sound rude? That young man was destined for the gayborhood. He was gaaaaaaaaay.

I politely told him, “Oh okay. I know which character you are!” Then I gave a little neck wiggle and an eye roll and whipped my head back around, so as not to acknowledge them anymore. I hope he doesn’t grow up to be one of those self-hating homos.
On a serious note, three songs into Mean Girls: The Musical, I am boo-hooing. I got super emotional. The third song is called “Where Do You Belong,” sung by the character Damian, an out gay boy in high school. The song is funny and relevant.

What made me emotional is that this song was written for a young, possibly effeminate boy to sing.

When I was in high school and thinking of pursuing acting and theater, one of the things that kept me from doing theater was that I would never get great parts. I was always a little girly with a little too much swish in my steps. If I could have seen that musical with that song in my teens, I could only imagine what may have been different for me.
I cried for my generation missing out, and I also cried with pride for the opportunities that are out there today for our gay community. I am getting so soft in my old age.