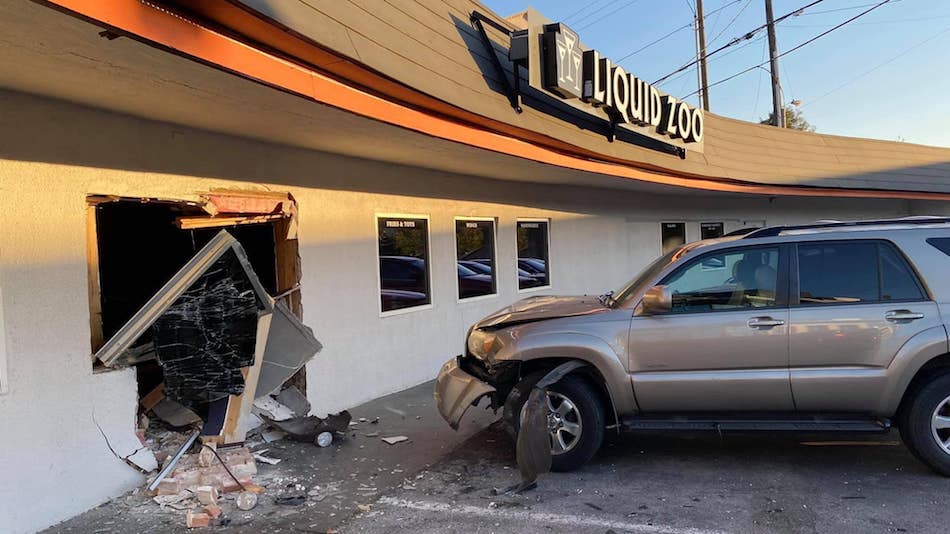 UPDATE: The original post about this incident incorrectly characterized the crash as an “attack.” Liquid Zoo owner Gary R. Welborn has contacted Dallas Voice to correct the information. Welborn said the crash happened when the driver of the SUV mistook the gas pedal for the brake pedal. Dallas Voice apologizes for this error.

A driver fled the scene on foot after ramming his SUV into a wall of Liquid Zoo on Sunday, Oct. 31. There were no injuries.

According to Wayne Smith, who took the pictures of the damage included in this booth, the karaoke booth and the back end of the stage took a direct hit. According to Bob Politano, who forwarded the information to Dallas Voice, those areas of the bar look like a total loss.

The story will be updated when we hear back from police, but the driver should have already been identified by his license plate number. 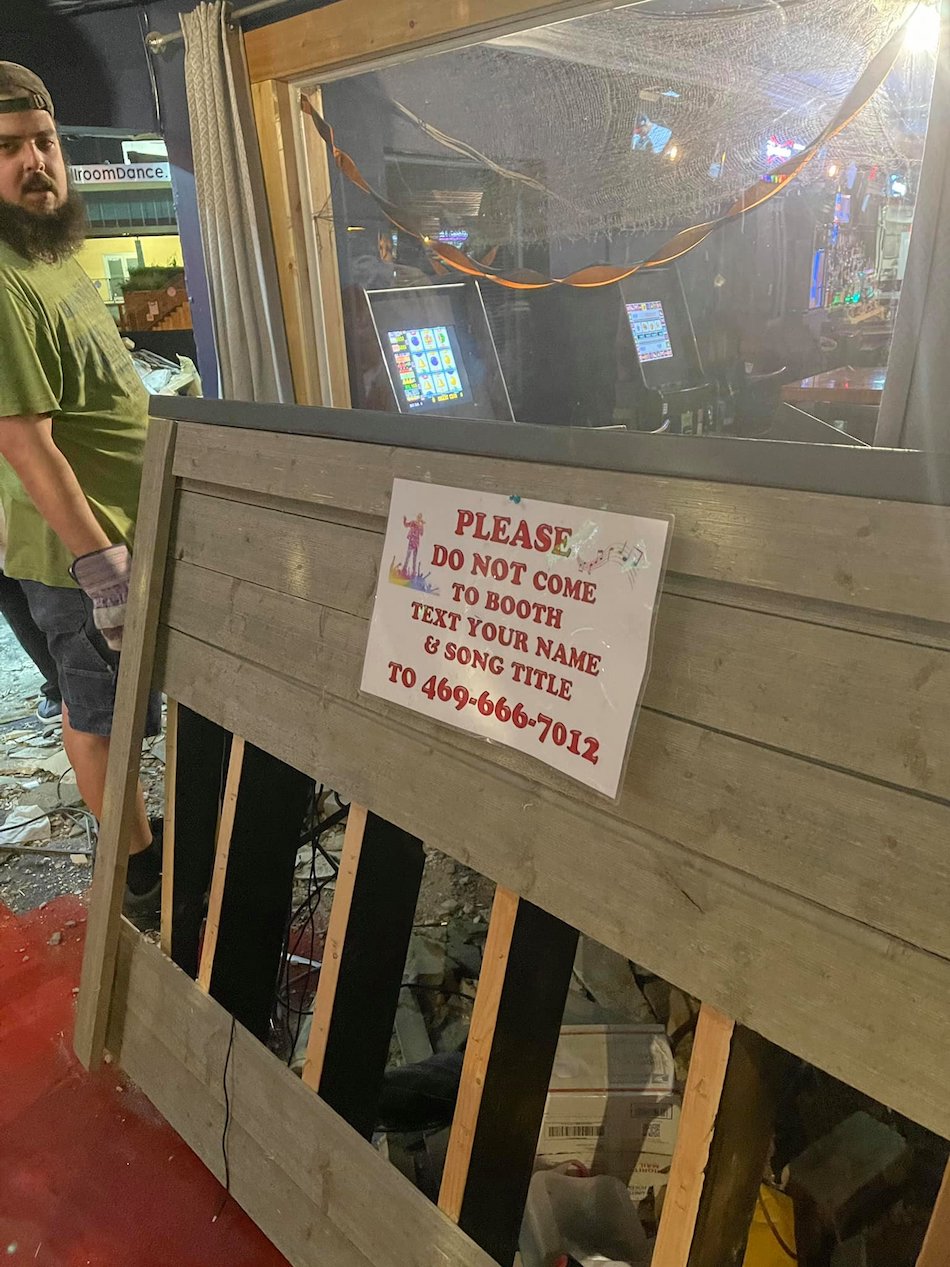 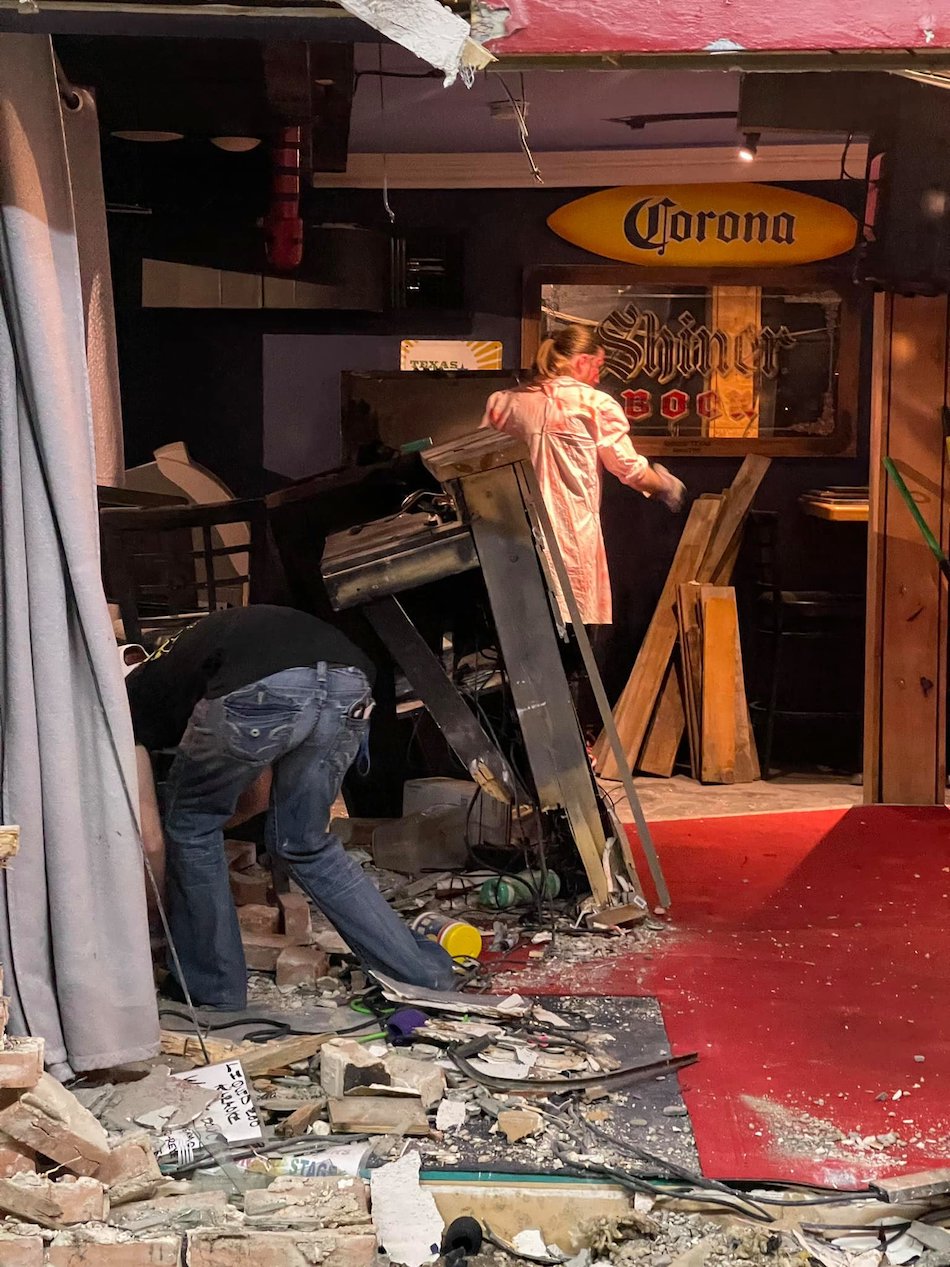