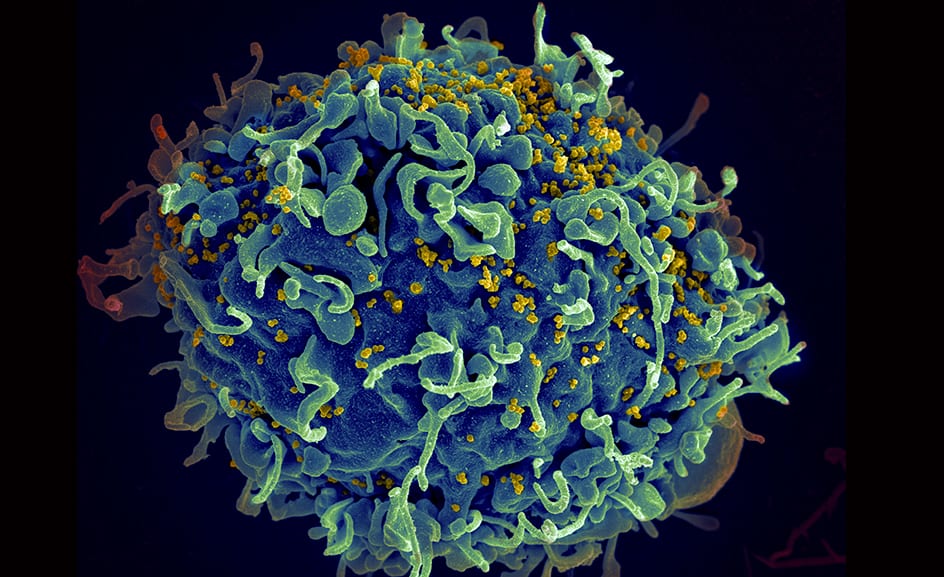 This electron microscope image made available by the U.S. National Institutes of Health shows a human T cell, in blue, under attack by HIV, in yellow, the virus that causes AIDS. (Associated Press)

The FDA has given the OK to Excision BioTherapeutics to begin human trials on a treatment and possible cure for HIV. The treatment is based on CRISPR technology and requires just one infusion.

CRISPR is a technology to edit genes. It finds a specific bit of DNA inside a cell and alters that bit of DNA.

The treatment Excision developed finds HIV in the body and cuts it in three places to deactivate the virus cells. Cutting it in just one place allows the remaining HIV cell to mutate around the cut.

The infusion cut the amount of HIV in mice but two-thirds remained somewhat infected, according to FreeThink.com that reported the story. The question is how much of the HIV needs to be deactivated for the treatment to be considered a cure and for someone with HIV to live a normal lifespan without taking daily medication.