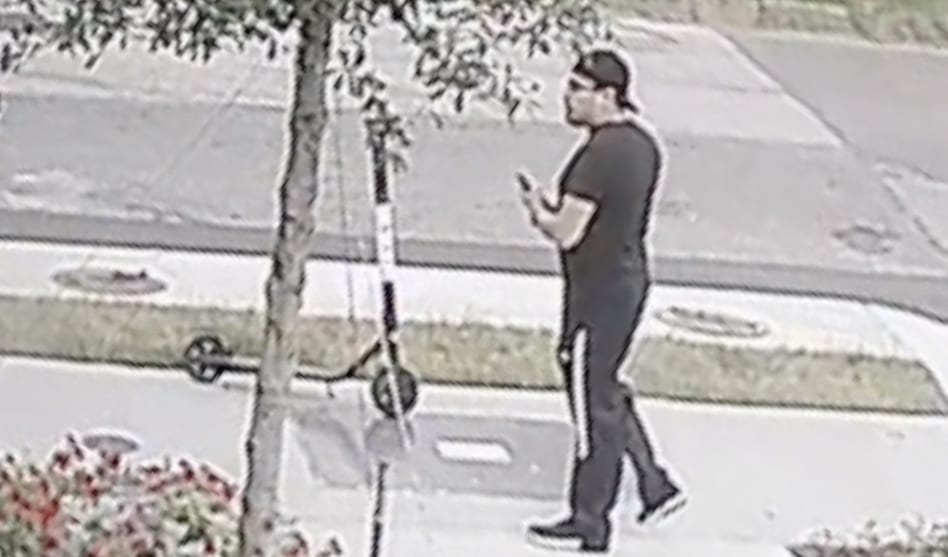 Dallas police are looking for anyone with information regarding an assault last Sunday in Uptown.

According to the DPDBeat.com, a woman was walking near the 2800 block of North Hall Street around 8 a.m. when she was approached by an Hispanic man who; knocked her to the ground. When the woman started to scream, the man fled north from Hall Street on Howell Street.

The suspect is described as being in his late 20s to early 30s, about 5 feet, 10 inches tall and weighing about 180 pounds. He was wearing black workout pants with white stripes and a black shirt. He was also wearing a black hate with white writing and what looked like a sticker with a circle on the bill of the hat.

See below for video of the man and his victim just seconds before the attack. (The victim’s face has been blurred to protect her identity.)

Police urged residents of and visitors to the area to be alert for anyone matching the description of the suspect who “appears to be suspicious,” and if they see suspicious persons to contact police.

Police are also investigating a sexual assault that occurred two days earlier, on Friday, June 21, in the 2800 block of McKinney Avenue, less than a mile away from the location of the North Hall Street attack The suspect in that earlier attack was also an Hispanic man about 5 feet, 10 inches tall and weighing between 160 and 180 pounds, with black hair that was combed back.

Anyone with information on either of these attacks is asked to contact Det. Chris Anderson at 214-671-3616 or by email at c.anderson@dpd.ci.dallas.tx.us