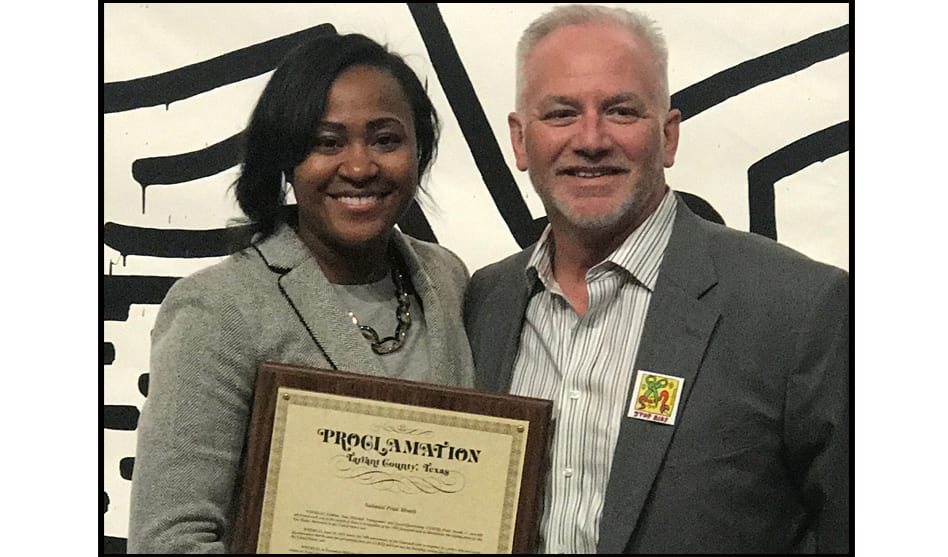 Tarrant County Commissioner Devan Allen, above,  on Friday evening, June 28, presented a copy of the proclamation passed earlier this week by the Commissioners Court recognizing June as Gay Pride Month to DeeJay Johannsen with the Health Education Learning Project. Dr. Barbara Odom Wesley, below, presented Johannsen with a similar proclamation from the city of Arlington. Allen nad Welsey presented the proclamations during a private reception featuring the “Keith Haring: Against All Odds” exhibit at the Arlington Museum of Art. The exhibit runs through Sept. 15 at the Arlington museum, and this is the last time the exhibit will travel because the Rubell Family Foundation is building a museum in MIami for it. (Chad Mantooth/Dallas Voice) 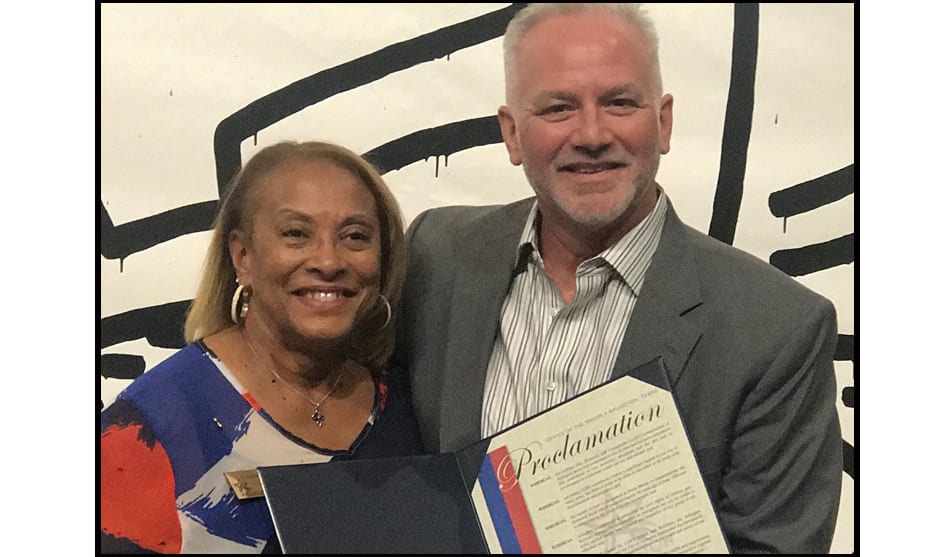