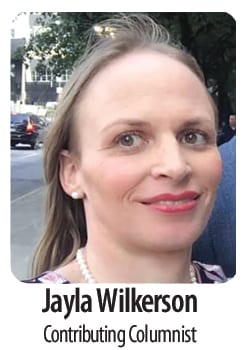 EDITOR’S NOTE: For information about the “Straight Pride” event scheduled for Nov. 16 at Dallas City Hall, and about the “Silence = Death” counter-protest that same day, check the Nov. 8 issue of Dallas Voice, or read the article online here.

Since I first learned about “gay Pride parades” as a young person in the 1980s in North Texas, I have heard people calling for a “straight Pride parade.” It made sense to me back then — you know, equality in all things and all that.

Sure, people should be able to be proud of being straight, and they should have equal rights to have a parade for it, right? Of course, these were the same people calling for White Entertainment Television as a response to BET. That is, they were ignorant, simple-minded redneck, racist, white men (and boys), virtually all of whom called themselves “Christians.”

Now, nearly two decades into the 21st century, a straight Pride parade is scheduled in Dallas.

Wow! I have learned a lot and progressed immensely since the 1980s, but evidently not everyone has.

Should straight people have a right to Pride and a parade? Sure, I guess. But should we all exercise every right we have just because we have it? Absolutely not. And a straight Pride parade is certainly on the list of rights one ought not exercise, in my humble opinion.

Gay Pride was founded in part as a response to “mainstream society” trying to shame us into closets. We have Pride to battle the concept of “otherness” for our community. We also use Pride as a means to establish equal rights and equal protections under the law.

How does that relate to the purpose of a straight Pride parade?

Has a straight, cisgender person ever had to “come out” to their family? To their friends? To their employers? Were they ever at risk of losing some or all of those due to the fact that they were straight?

Do straight people worry about what the Supreme Court is doing to their rights of survival? Did straight people have to fight for the right to marry? To adopt children? To hold hands with their significant other in public?

Do cisgender people worry that healthcare providers will turn them away in the name of some “sincere religious belief”? Are an enormous number of straight youth living on the streets because their families turned their backs on them and kicked them out of the house for being straight? Are those youth turned away from homeless shelters for being straight? Do cisgender people have to worry about their rights to urinate in public restrooms?

No. To all those questions, the answer is no, they do not.

But our community does.

We celebrate Pride because we are overcoming all of these obstacles and so many more.

We invite and appreciate our straight allies to celebrate with us in our LGBTQIA+ Pride celebrations. But there is nothing the straight/cisgender communities face that merit a parade of their pride. The world is, comparatively speaking, handed to them on a silver platter, particularly the over-privileged cis, straight white men at the helm of this “straight Pride movement.”

They have pride in nothing but their hatred. And the straight Pride parade is nothing more than a public exercise of that hatred of people other than themselves.

In a time when the LGBTQIA+ community has finally achieved equality in some things and is gaining acceptance in mainstream communities to a degree not known before, the straight Pride movement has come along in a sad, pathetic attempt to roll back the clock, force us back into the closet and turn our allies against us.

But fear not, it will not work. All it will do is bring even more visibility to our community and strengthen the resolve of our straight and cisgender allies to stand up for us.  The bigots will show themselves as bigots, and society will turn against them.

Jayla Wilkerson is an assistant city attorney with the city of Dallas and a transgender activist.