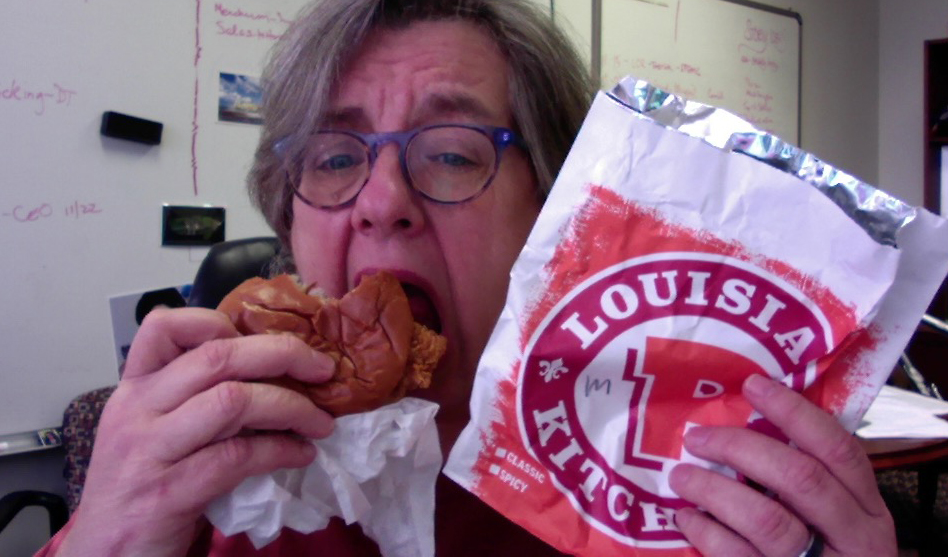 So. I had heard all the hype about the new chicken sandwich from Popeye’s, — how it puts the chicken sandwich from the homophobes over at Chick-fil-A to shame; how people have been waiting in line FOR-EV-ER to get one; how somebody even got stabbed to death in a fight over one of these sandwiches.

But I hadn’t had one.

Chad Mantooth, miracle worker, just came into the office with Popeye’s Chicken Sandwiches for us to try. And as you can see, I already ate mine. And what’s the verdict. Well, keep in mind that it’s been a few years since I had Chick-fil-A, but I say yes. The Popeye’s sandwich is better than Chick-fil-A. I can’t say that I would wait in line for hours to get one, and I dang sure wouldn’t stab or shoot somebody over one. But I do like it. And considering I really don’t like the flavor of homophobia sprinkled on my food, I will gladly take Popeye’s over Chick-fil-A any day.

(And oh, by the way. Thanks for lunch Chad!)