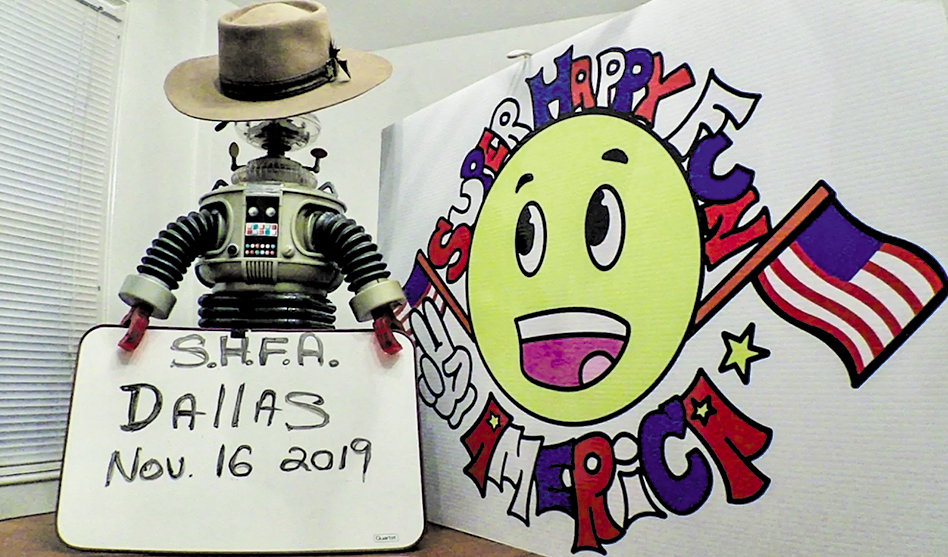 Super Happy Fun America is coming to Dallas on Nov. 16. Are you ready for the merriment?

Who or what, you may be asking, is Super Happy Fun America? Well, those are the same folks who brought you that rousing success last August known as the Boston Straight Pride Parade. There were, according to USAToday, “hundreds” of people that marched under the motto of “It’s Great to be Straight,” in Boston. But other sources, including The Guardian, noted that the parade was “dwarfed” by the number of counter-protesters who turned out. 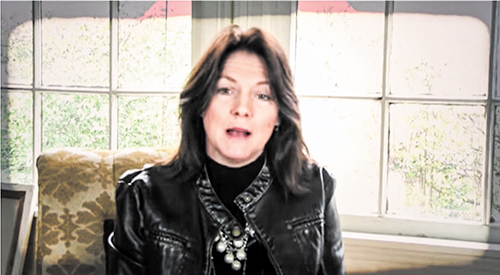 One of the speakers at the Straight Pride march in Boston was a Texan named Teresa Stephens Richenberger. Now Richenberger is turning her sights on Dallas, and the Super Happy Fun folks are coming to North Texas to support her.

The straight pride event in Dallas is set for Saturday, Nov. 16, from 10 a.m.-4 p.m. at Dallas City Hall, 1500 Marilla St. It is being hosted by a group called Protecting Our Next Generations, or PONG, which, according to its Facebook page, is focused on stopping Americans’ values and morals from being compromised.

On a Facebook page about the Nov. 16 march, organizers wrote: “We are hosting a March to bring awareness to the fact that we as the American people are allowing our values and morals to be compromised! We need to stand up and stop this from happening!!! NO MORE COMPROMISE!!!!”

The post continued, “*We are strong conservative Christians who are standing up for our Biblical values.* We will be discussing: Sex/Human Trafficking; Legalized Prostitution; Marriage values (One man and one woman); Abortion (It is murder); Genders (There are only two; XX as female and XY as male); Ploys of the RADICAL left wing LGBTQ groups trying to shut down our businesses and churches; Drag Queen Story Times (Stop pushing this onto our children).”

And on it’s own website, Super Happy Fun America explained that it is sending representatives to the Dallas event because “Our organization is building a coalition with patriot groups across the nation in order to defend our constitutional republic which is continually under attack.”

The Dallas march, the website continues, “is bringing attention to the sexualization and corruption of America’s children taking place and the far left’s attempts to silence opposition. One of SHFA’s goals is to fight these efforts and we are honored to join Teresa and Protect Our Next Generations in this fight.”

But the straight pride marchers won’t go unchallenged. The DFW Anti-Fascist League is planning a “Silence = Death” event to “counter the homophobic threat.” This event is also set from 10 a.m.-4 p.m. Saturday, Nov. 16, at City Hall.

A member of DFW AFL — who asked to remain anonymous out of fear of personal attacks against them and their family — acknowledged that some in the community had suggested ignoring the straight pride march to avoid giving it more publicity. But, the spokesperson added, DFW AFL believes that’s not the proper course of action in this instance.

“We agree that you shouldn’t feed the trolls,” the spokesperson said. “But homophobia and transphobia and all kinds of bigotry feed off of silence. And silence is seen as acceptance.

“Dallas is a city where clubs were being raided up until 2010. Then there were the 2015 Oak Lawn attacks. Trans women of color have been murdered,” they continued. “We are not in a position to ignore threats against us. The only ones who we can trust to have our backs is ourselves.”

The DFW AFL website refers to the PONG organizers as “grifters” who are “are coming to Dallas to step on the LGBT community in order to line their pockets with sympathy donations.”

DFW AFL suggests that organizers of events like this “submit a permit [request] for a provocative event” with the hope that the city in which the event is planned will deny the permit, giving organizers the chance to sue on the grounds of a First Amendment free speech violation.

But, the DFW AFL website says, “If that fails, they promote the protest to people who will be offended by its offensive content, then cry to right-wing outlets and play the persecution card. The donations flow in, badabing badaboom, finally you can redo the tile in the bathroom and payoff your car note.”

The DFW AFL website says that Richenberger, the PONG organizer who spoke at the Boston march, is the author of two books — Sold to the Highest Bidder and Striking It Rich. The first is about her time as an “exotic dancer” and prostitute, and the other is about how to “store up your treasures in heaven.” She is also the founder and a board member for Rahab’s Retreat and Ranch, a “voluntary, faith-based program serving victims of sex trafficking and women in the sex industry free of charge,” located in Kilgore, Texas.

Another organizer of the PONG event, according to DFW AFL, is Bekki Davis, a manager at Rahab’s Retreat that traveled to Boston with Richinberger.

The DFW AFL spokesperson said that Richinberger is using “this hate rally … and our [LGBTQ] community as a stepping stone to get donations from other bigots. That’s what happened in Boston.”

Pointing those ulterior motives, the DFW AFL spokesperson continued, “will take the wind out of her sails and any other bigots’ across the country. … That’s the trend. … If the city lets [them] march and rally, [they] incite the right-wing media machine and get sympathy donations. They point their cameras at us and say, ‘Look at these crazy queers,’ and the donations roll in.

“We understand that what we are doing is provoking the situation,” the spokesperson noted. “But we think it is safer in Dallas to confront them than to ignore it and signal to bigots that we are easy targets.”

The DFW AFL spokesperson also said that the counter-protest is dedicated to the memory of two gay men, Tommy Lee Trimble and Lloyd Griffin, who were murdered in Dallas’ Reverchon Park on May 15, 1988, by a gang of teenagers from Mesquite who later admitted they had come to Oak Lawn to “harass the queers.” One of the ring leaders, Richard Lee Bednarski, was convicted and sentenced to 30 years in prison, after which the judge in the case, Jack Hampton, told a reporter with the Dallas Times Herald he gave Bednarski a lighter sentence than usual because “These two guys that got killed wouldn’t have been killed if they hadn’t been cruising the streets picking up teen-age boys, and “I don’t much care for queers cruising the streets picking up teen-age boys.”

“We are doing that because society doesn’t move in a straight line toward progress. Sometimes, we go backwards,” the DFW AFL spokesperson said. “To think it can’t and won’t happen again is delusional. That’s why we have to come together as a community and face these threats head on.”