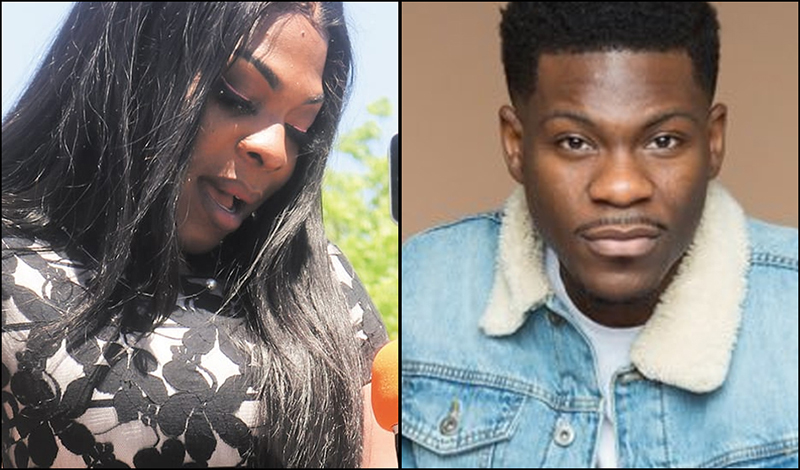 It’s been more than two years since Dallas trans woman Muhlaysia Booker was, first, brutally assaulted in a apartment complex parking lot as a crowd of onlookers laughed and jeered, and then, a month later, was found shot to death, her body dumped in an East Dallas street. Her murder made headlines around the country, with local and state officials attending her funeral, televised live from Cathedral of Hope. It was just the beginning of a summer of heightened fear and anger for DFW’s — and the country’s — trans community.

Tomorrow night — Tuesday, Aug. 3 — at 9 p.m. Central, MTV airs the sixth episode of Season 2 of True Life Crime, with Dometi Pongo, focusing on the assault on Muhlaysia in April and on her murder the next month. Dallas Voice Senior Staff Writer David Taffet and I were both interviewed for the show, and Dallas Voice helped provide resources.

The show also features interviews with Muhlaysia’s mother, Stephanie Houston, and with Ahmad Goree, president of the board of the Muhlaysia Booker Foundation, which Houston was instrumental in creating after her daughter’s death. Goree said, “Ms. Houston and I are extremely honored to have MTV share Muhlaysia’s story and bring to light the everyday struggle that the transgender community faces. Muhlaysia lived in her truth and unfortunately lost her life because of it. The Muhlaysia Booker Foundation was created to help support our transgendered sisters and brothers as well as their families cope with this lifestyle.”

Watch a promo video here on Instagram, then check out the first couple of minutes of the show below.

Muhlaysia Booker was the fifth trans woman murdered in the U.S. in 2019, but she was far from the last. In fact, two weeks later, on June 1 as the LGBTQ gathered in Fair Park for Pride Weekend, Dallas police announced the murder of another trans woman, Chynal Lindsey, who’s body was found in White Rock Lake. They also announced that another trans woman had been attacked in April but survived, and they began looking again at a string of unsolved murders of trans women in Dallas — Lindsey, Armani Dante Morgan (July 2017), Brittany White (October 2018), Shade Schuler (July 2015).

Then on June 12, Dallas police announced they had arrested of Kendrell Lavar Lyles in connection with the murder of Muhlaysia Booker and two other (non-LGBTQ) people. Although he was initially considered a suspect in the death of Chynal Lindsey, police had, by the end of June, arrested Ruben Alvarado and charged him in her murder. Police have not definitively said if Lyles remains a suspect in April 2019 knife attack on a trans woman who stabbed.

But while the arrests of Lyles and Alvarado helped calm fears (but not end) that a serial killer was targeting trans women in Dallas, the violence against trans women nationwide continued to escalate. At least 26 trans people were murdered in the U.S. in 2019, according to the Human Rights Campaign; two of those — Tracy Single and Itali Marlowe — were murdered in Houston. Another trans woman, Johana Medina, died in an El Paso hospital just hours after being released from ICE custody, succumbing to severe health complications that went untreated when she was being detained.

In North Texas, trans woman Pauline del Mundo disappeared from DFW International Airport in mid-September during a layover on a trip from her home in Florida to a vacation resort in Mexico. Surveillance video from the airport and the surrounding area show her leaving the terminal with her carryon suitcase, and later, walking around the corner of a building in a warehouse area near the airport. She has not been seen or heard from since, and her family continues to search for her.

And in late September that year, trans woman Daniela Calderon was shot and severely injured by a man who drove up next to her and began shoting anti-LGBTQ slurs while she was walking on a Northwest Dallas street.

The violence continued — and escalated — in 2020, with at least 44 trans people murdered in the U.S. Six of those murders happened in Puerto Rico, and three — Merci Mack in Dallas, Halle Jae O’Regan in San Antonio and Asia Jynae Foster in Houston — happened in Texas. And so far in 2021, at least 31 trans people have been murdered in the U.S., including Tiffany Thomas in Dallas, Iris Santos in Houston and Aidelen Evans in Port Arthur.