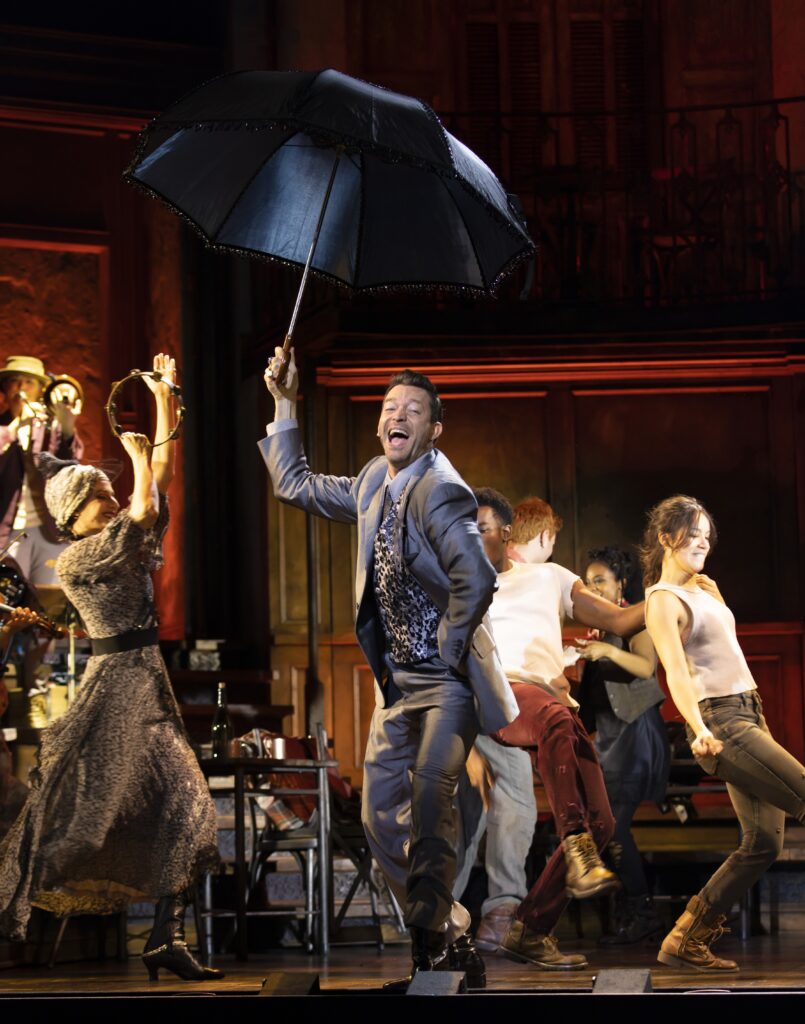 The Tony- and Grammy-winning musical Hadestown will play here in January as part of the 2021-22 Dallas Summer Musicals Broadway Season. In this North American touring production, Tony-winning actor Levi Kreis brings queer cred to the show playing Hermes. The musical follows the ancient Greek myth love stories between Orpheus and Eurydice and also King Hades and his wife Persephone amidst a journey to the underworld and back.

“Throughout its development, Hadestown has been deeply influenced by audiences around the world. We are thrilled and humbled to now share this beautiful story of hope, faith, and rebirth – written and directed by two amazingly talented women and brought to life by a diverse company of performers – with audiences across North America,” producers Mara Isaacs, Dale Franzen, Hunter Arnold, and Tom Kirdahy said in a press release,

Hadestown was a blockbuster in the 2018-19 season going on to win eight Tony Awards, four Drama Desk Awards, six Outer Critics Circle Awards and the Drama League Award for Outstanding Production of a Musical. The show also won a Grammy in 2020 for Best Musical Theater Album.

The musical is written by singer-songwriter (and Tony Award winner) Anaïs Mitchell who developed the show with director and Tony-winner Rachel Chavkin. Hadestown marks the first time in more than 10 years that a woman has been the solo author of a musical: writing the music, lyrics, and book, and is the fourth time in Broadway history a woman has accomplished this creative feat.

Kreis has been with the tour since its launch last month. He will begin the story as Hermes introducing the characters with the number “Road to Hell.”

Kreis’ perhaps most notable appearance as of late was his streaming Christmas special last year that featured his husband and music artist Jason Antone along with other musical guests. He also released the EP Bad Habit in 2020. He won the 2010 Tony for Best Featured Actor In A Musical for origination the role of Jerry Lee Lewis in Million Dollar Quartet. The role also garnered him an Outer Critics Circle Award and a Drama League nomination.

The show runs Jan. 18-30 at the Windspear Opera House. Tickets are available here.