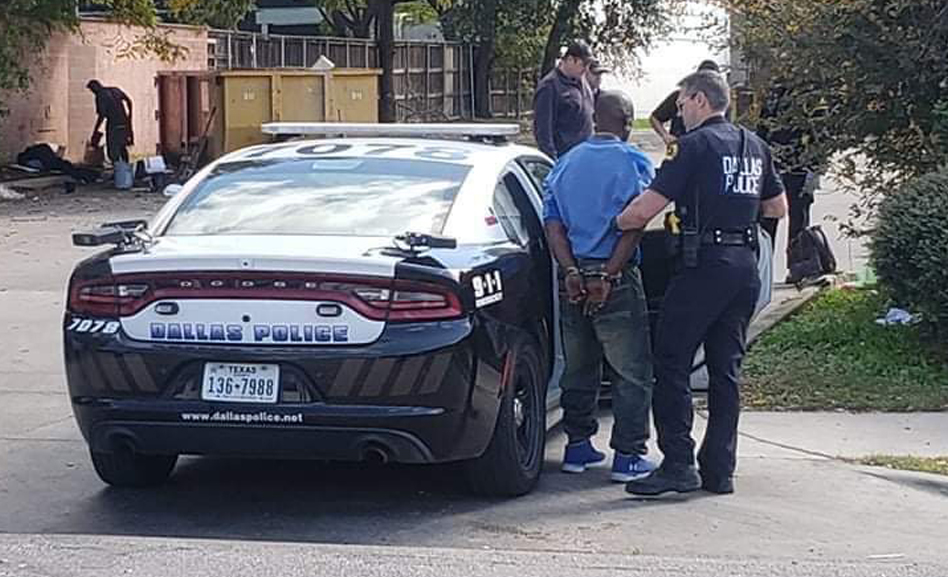 Dallas police today arrested a suspect in a string on arson fires in Cedar Springs. (Photo courtesy of Tanner Roberts)

UPDATE: Representatives with Take Back Oak Lawn confirmed with police that the man arrested today in connection with the recent string of arson fires along the Cedar Springs Strip is John Roberson, 57.

TBOL spokesman Cannon Brown told Dallas Voice that he and Alexandre’s owner Lee Daugherty had spoken with a representative from Dallas Fire Rescue to confirm the suspect’s name. They were told that the suspect actually set three fires today — two behind the library in the Kroger parking lot and one in the alley between Roswell Court and the residential buildings on Hall Street — and that a security guard from the library had seen the suspect setting all three fires.

Other witnesses also saw the suspect setting the fires today, and he even started one blaze in view of firefighters who had responded to one of the earlier fires, Brown said.

A DFR captain made the decision to take suspect into custody on the misdemeanor charges related to the three fires today. But the captain also clarified that only a structure fire, such as the one that forced Alexandre’s to close for a week, or a vehicle fire could be charged as felonies. No one has solid evidence to charge the suspect in the Alexandre’s fire.

TBOL encourages anyone who has seen this suspect or anyone else setting a structure or vehicle fire to contact arson investigators at 3-11 or 214-670-4312.

UPDATE: Dallas police have apparently arrested a man suspected of setting a string of fires over the last couple of months. We will update with information on the arrested man as soon as information becomes available. (Photo of arrest provided by Tanner Roberts.)

ORIGINAL POST: [An arsonist believed to be responsible for a string of fires along the Cedar Springs Strip for the last couple of months — including one that damaged power lines and electrical boxes on the outside back wall of Alexandre’s, forcing the bar to close for a week while repairs were made — set to more small blazes in the same area today.

Dallas Fire Rescue responded to and extinguished a fire in the parking lot of the Kroger store at the corner of Cedar Springs and Wycliff Avenue, and to a second fire in a nearby alley, according to Tanner Roberts, manager of Cedar Springs Tap House, who told Dallas Voice about the fires and provided the photo above.

Roberts said that a group of homeless people who hang out in the area said today’s fires were set by the same person who started the previous fires. Representatives of neighborhood watch group Take Back Oak Lawn have identified the man as 57-year-old John Roberson, but a DFR spokesman told the group they could not arrest the man unless someone provides evidence of him actually igniting one of the fires. 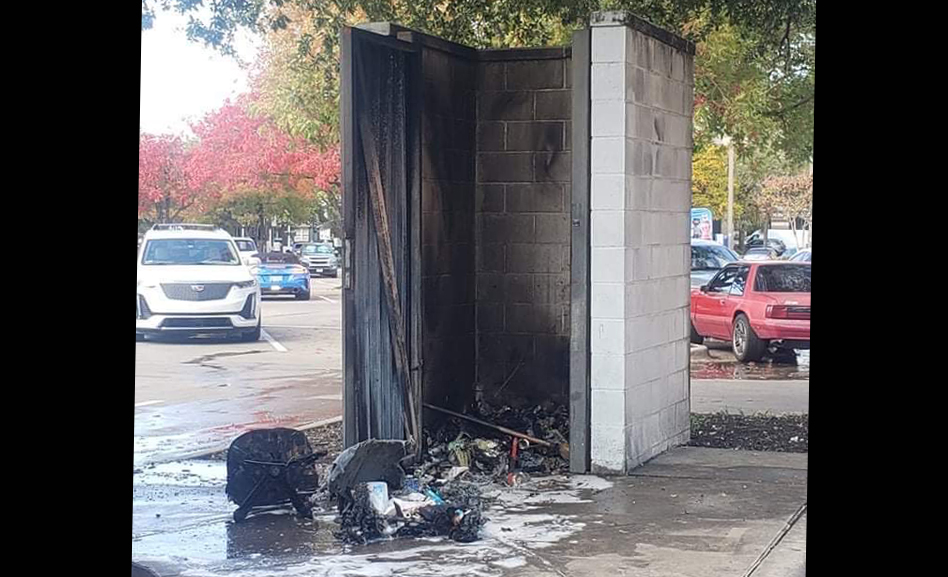