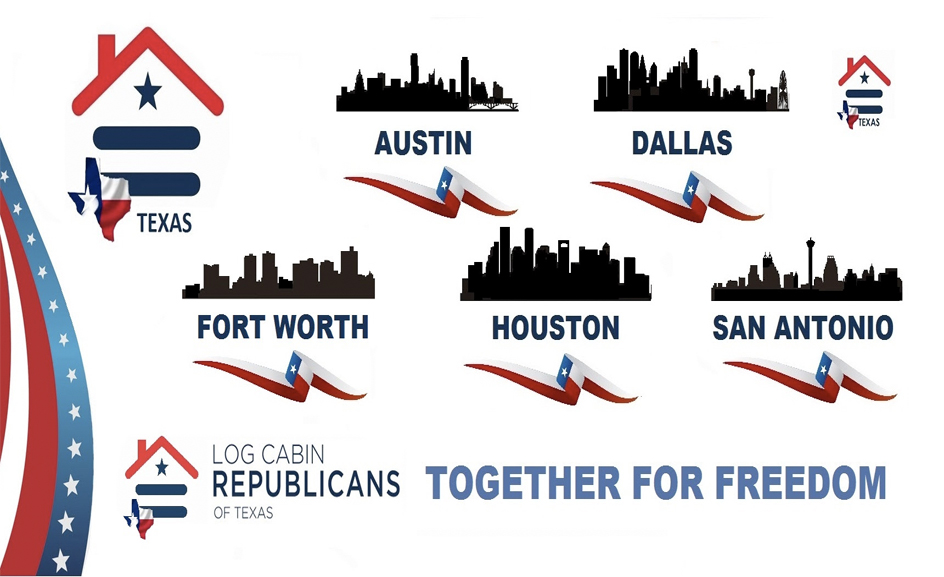 Log Cabin Republicans of Texas, a statewide organization for LGBTQ Republicans which has supported GOP efforts in the Texas Legislature to ban transgender students from sports in public schools, today issued a statement objecting to GOP gubernatorial candidate Don Huffines’ wording in his attack on a state agency’s website offering resources for LGBTQ youth while at the same time criticizing the website content that Huffines objected to.

“On October 13, the Don Huffines campaign made an official statement taking issue with the Texas Department of Family Protective Services’ (DFPS) self-described resource pages aimed at minors that may consider themselves part of any number of a wide range of sexual or gender-identified minorities (we counted nine).

“We at the Log Cabin Republicans of Texas take strong issue with Don Huffines’ words in that statement. To be clear, we see no problem if DFPS were to offer ideologically neutral, properly accredited medical information on sexuality, including sensitive topics such as homosexuality, transsexuality, and transgenderism. And, we would find it entirely appropriate if DFPS also provided referrals to reputable agencies providing diagnostic and properly dispassionate counseling services. However, having reviewed the content of the now deleted pages, we find that there were legitimate reasons for concern about their content. While the pages did indeed provide information and referrals, they were innapropriate in their ideological taint, in referring to ‘celebration’ when discussing serious and sensitive topics, in unscientific ideological assertions, and in providing references to organizations which are in part or in whole political advocacy organizations advancing a particular ideology. The most objectionable aspect was the inclusion of a link that eventually led to a donate button to the Human Rights Campaign (HRC), which is a notoriously highly partisan far-left organization that is very actively engaged in political lobbying and advocacy on behalf of far-left progressive notions, and in supporting candidates that advance those notions.

“Had the former state senator and his campaign stuck to that, we would have had Huffines’ back. Instead, Huffines and his campaign chose to very firmly link all gay and trans people to efforts to ‘sexualize children,’ and to the ‘predatory grooming of Texas kids.’ While we appreciate the willingness of the top leadership at the Huffines Campaign to hear our concerns, and accept at face value their promises to do better in the future, we will make clear in no uncertain terms, as long as those words remain posted or unchanged, that the Huffines statement is inexcusable at face value. It is an insult to the intelligence of any thinking person that knows the difference between legitimate differences with political ideologies, and pandering to bigotry.

“We recognize there is an inappropriate woke-progressive agenda being advanced in schools and in settings where there are kids. We acknowledge that there are some on the far left that are not only comfortable with sexualization of children, they do seek to advance it. We understand that some Christians in many cases really are being denied their religious freedoms guaranteed under the First Amendment.

“However, regardless of intent, Huffines and his campaign using a term like the ‘LGBTQ agenda’ effectively lumps all gay and trans people into an effort associated with child sexualization and predation, and this is not just irresponsible — it is an indefensible lie. We all should reject the idea there is such a thing as a ‘LGBT agenda.’ Nobody talks for all gays, trans, or for any demographic group for that matter. That’s the Left’s view. Instead, those of us who are Republican or conservative should all say: no — there’s a totalitarian, woke, Left, progressive agenda and then there’s the freedom-loving, limited government, anti-woke, conservative agenda. And we at Log Cabin Republicans of Texas, along with many gay and trans people across Texas, are with the latter.”