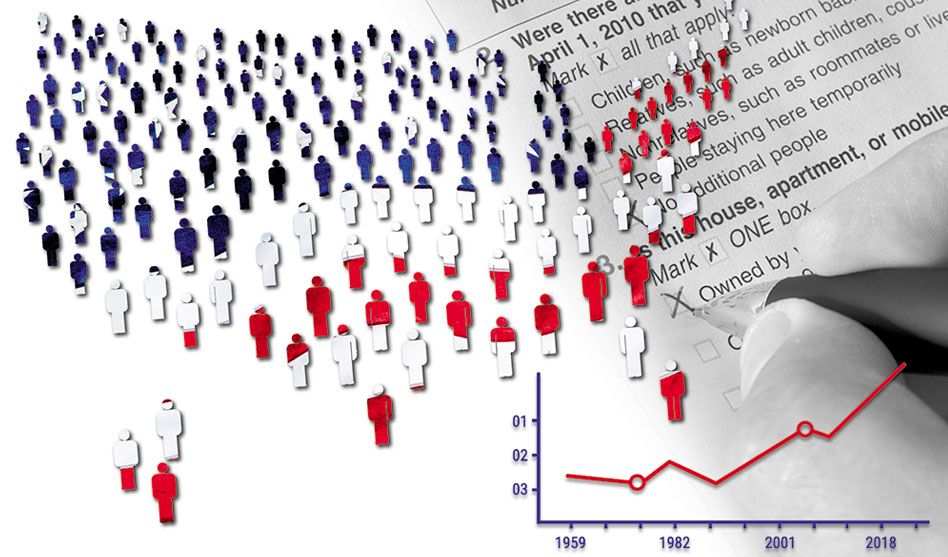 April 1 is census day, and for the first time, you can respond to the survey on the internet.

In March, the first census mailing will go out to every household in the country with instructions on how to fill out the census online. Up to five reminder mailings will go out before those who haven’t responded are visited by an enumerator.

Unlike voting, responding to the census is mandatory. Everyone who resides in the U.S. or any of its territories must answer. Non-citizens are counted, whether they are in the country on a valid visa or not.

The information given in responding to the census is confidential. No other government agency can see specific information on any individual’s answers. Information collected is not used for immigration purposes, officials said. In fact, census employees take an oath for life and are subject to fine or imprisonment if they release information about any individual.

The Census Bureau is encouraging as many people as possible to respond online, because doing so could save the government half a billion dollars. Those who don’t answer online may return the questionnaire by mail or reply by phone.

Each card that is sent to a household will have a unique identifier. To respond, you’ll need that code. If two people in the same household each answer, the software collecting the information will catch any duplications.

The information given should be correct for April 1, 2020. If you’re moving between the time you receive the card and April 1, give the information as of April 1.

LGBT youth who are couch-surfing are a group that could be undercounted. If someone is staying at your home, count that person if he or she will be there on April 1.

College students living in a dorm should fill out their own census form. Parents shouldn’t include a child living away from home. Even if the student uses a home address to vote, the college dorm address should be used for the census.

The census is used for three main purposes:
First, the count determines apportionment of seats in Congress. Because of population growth since the 2010 census, Texas is expected to pick up multiple seats.

Determining how federal funding is apportioned is a second way census figures are used. Money that is distributed proportionally, such as Medicaid, school lunch programs and Section 8 housing vouchers, is determined by census figures.

And the statistics are used for planning purposes, as well. Local governments make decisions on where schools should be built and what an area’s transportation needs are. Businesses use data from the census to find areas with available labor pools, to determine what salaries should be expected in certain areas and to find areas where markets for their products are growing. Nonprofits use the information to determine where their services are needed.

The census is constitutionally mandated and has been taken every 10 years since 1790. Residents in the original 13 states, the districts of Kentucky, Maine and Vermont and the Southwest Territory (Tennessee) were counted in that first census. Today we count residents of 50 states, the District of Columbia and five territories.

Thomas Jefferson, who was the first secretary of state, headed the 1790 census count. The original number of congressmen serving in the U.S. House of Representatives was 65. That increased to 105 after the first census. The number is now capped at 435.

The combined population of the five largest cities in the U.S. — New York City, Philadelphia, Boston, Charleston and Baltimore — was 109,826 in 1790. That’s just a few thousand more people than can fit in AT&T Stadium.

The census bureau is still accepting applications for enumerators and more. In Dallas, the pay is about $22 an hour, and these temporary jobs should last through July. Apply online at 2020census.gov/en/jobs. They are looking for census takers who can work with residents in Spanish and a variety of other languages as well as English.

To encourage people to complete the census, they are also looking for census ally partners — religious organizations, community groups and employers.

While there’s no general question on this year’s census about sexual orientation or gender identity, there’s a question about marital status that specifically asks if you are in a same-sex or opposite-sex marriage.

In 2010, there were two questions that respondents had to answer in a specific manner to be counted as a married couple. This time, the question of whether a couple is married is more clear, but specific information on specific individuals included in the 2020 Census won’t be released publicly for another 72 years, according to law. So until April 1, 2092, the only information available publicly will be general statistics.