Year in Review: What the celebs said 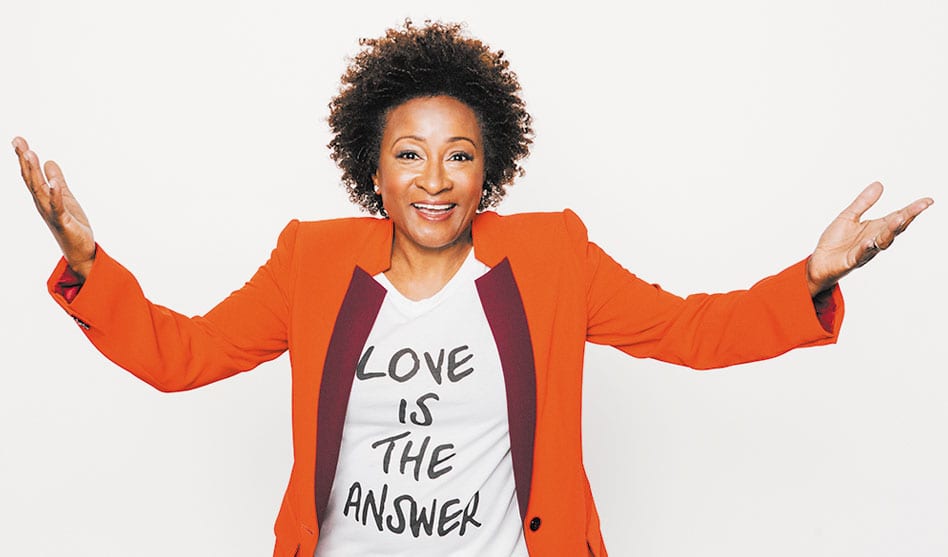 In 2019, out musician Ben Platt talked about authenticity and out actress Anna Paquin underlined how film and TV can change minds. Country music superstar Trisha Yearwood chimed in on LGBTQ issues, speaking out on her LGBTQ allyship. Meanwhile, A-list screen allies like Jamie Lee Curtis, Laura Linney and Amy Poehler continued to show up for the community, discussing everything from their queer-inclusive movies to their longtime activism. Here’s a look back at 2019’s most memorable quotes from them and a half-dozen more that appeared in DallasVoice.com over the year.

“I hope they take away that I haven’t lost hope. That I still believe that people are good and that we’ll get through this.” — Wanda Sykes on her comedy special Not Normal

“The idea of just being present, it’s the way I approach the relationship with my son, the not judging. I’m not going at it trying to make him into something he doesn’t want to be.” — Kyle MacLachlan

“One of the wonderful things about the LGBTQ community is that they kind of throw caution to the winds and it’s a moment where people get together and celebrate the positive rather than the negative.” — Anjelica Huston on Pride

“I think questioning yourself or questioning the context you’re in comes natural to this community, and for me that’s something that I feel connected to…” — Robyn

“I think that people learn about people they don’t understand through entertainment. That’s one of our most powerful tools for bringing people out of their own bubble and their own world.” — Anna Paquin

“If you’re authentic, I think that’s the most attractive quality beyond just a beautiful voice, feeling like this is undoubtedly exactly who you are.” — Ben Platt

“The reason why I fight the good fight: to try to make people see it the way I’ve been seeing it my whole life.” — Carly Rae Jepsen on normalizing the LGBTQ community

“What if we could just stay in the place of being completely open?” – Judith Light

“I say that it goes together for me, my faith and my love for not just gays but people.” — Kristin Chenoweth

“I know it’s still not easy in certain circles, but I like where we are and where we’re going. We preach ‘love one another’ and that’s what we’re supposed to do.” — Trisha Yearwood

“They wanna be startled. They want to hear the rude stuff. They wanna come into a world they might not feel safe in. You don’t come see a show called Filthier and Merrier or whatever it’s called not knowing.” — John Waters, on the expectations of people attending his shows

“I don’t think it’s anybody’s business what people’s sexuality is, to be perfectly honest. I find it like a reverse discrimination. People’s private lives are their private lives and whether I’ve ever kissed a girl — have not — is irrelevant to whatever advocacy I participate in.” — Jamie Lee Curtis