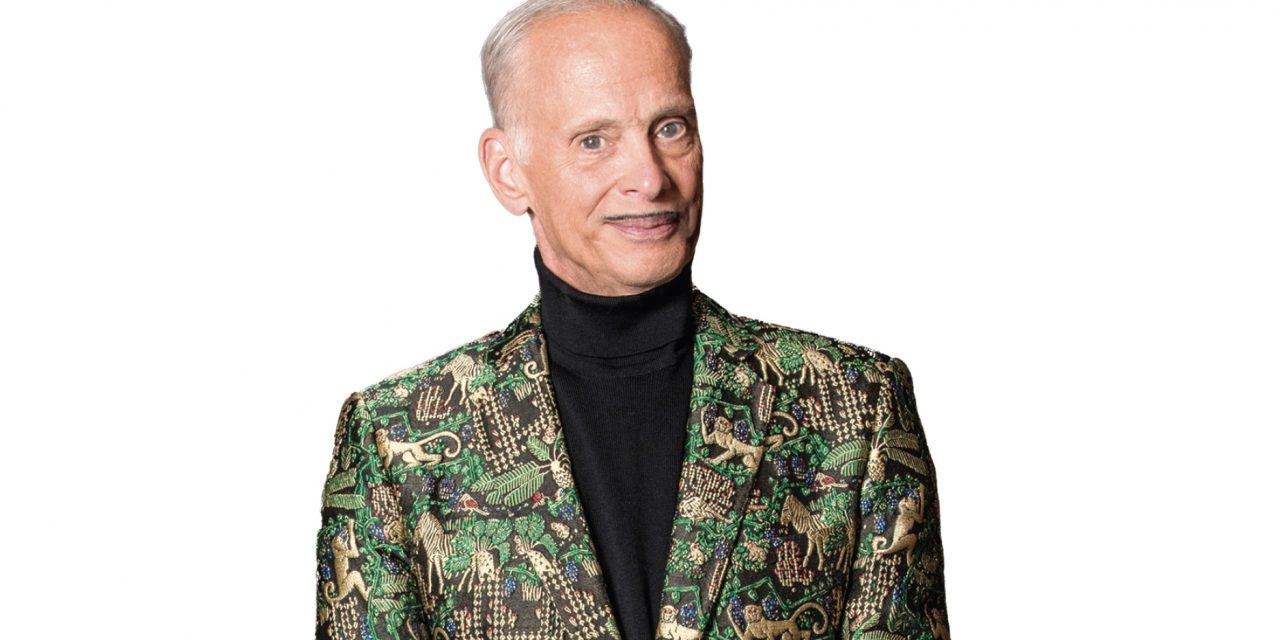 In some ways, it’s disappointing to learn that John Waters’ childhood Christmases were fairly normal. This is, after all, the guy who brought us scat-eating drag queens, murderous moms and puking poodle-skirt-wearing outcasts. He grew up without hints of what would be his art? Or maybe it’s ironically sweet that he did… and that fans know he turned that into his own cultural touchstones.

Now 73, Waters is an unabashed fan of the yuletide … especially a filthy one, as he will recount in his one-man show A John Waters Christmas: Filthier & Merrier.

With a brand new solo performance — and even a new-ish book, Mr. Know-It-All: The Tarnished Wisdom of a Filth Elder, which came out last spring — Waters talked to us before the show about bringing Dallas holiday cheer… on his terms.

Dallas Voice: It’s fair to say, your show has become a holiday tradition. Did you ever think that this would be the case?  John Waters: Well, I hope so. I rewrite it every year, so I have all this new material. It’s almost completely different from the last time.

That sounds potentially burdensome.  Not only do I write it, but then I have to learn it! I’m about three-quarters of the way through writing it, so I have plenty of time to learn it. I read while on the plane, and I’m on planes a lot.

Why take that on each year?  It’s the same skeleton of the show but I always rewrite it. I figure people aren’t going to come if it’s the same every year. I also try not to have what’s in the book, since they’ve already read it. I come up with material for the Christmas show that I can use for the other shows I do. I add stuff all the time, since so much happens in the news.

Do you look back on the year…   I look back on the day! You wonder now how Newsweek continues. You can’t avoid it. Now all the bulletins I get from papers… by the time I get the print edition, I’ve read half of it already. But I like alerts. I like the “BULLETIN, BULLETIN BULLETIN.”

Can you describe your writing process for a solo show?  It’s the same process when I write anything. I go in exactly at 8 a.m. I have the same legal pads, the same Bic pens, Scotch tape, the same thesaurus and rhyming dictionary. I always have my Little Book of Filth. It is the best dictionary of dirty terms ever.

I noticed you didn’t list a laptop or computer.  I use my phone! I just say what I need into the phone, and it tells me back. It’s faster than typing it in. I ask, “What are the names of the reindeer?” or “Tell me the top Christmas carols.” I’m always doing research on it, but it’s so much quicker than a computer. It used to be where you had to go to the library and find some microfiche, and that would take all day. It’s not even 20 minutes now to get research done.

Are you sentimental about the holidays?  I remember them fondly. I don’t think the future is going to be better than the past. I miss people; I certainly miss my mother and father, but I still see my family. We have a traditional dinner, and every three years it’s my turn to cook it. I certainly think of my parents a lot, but is that sentimental or just realistic?

Does that sentimentality or realism work its way into your show?  It does. I talk about my family very much. It’ll be tough this year for some families because of all the politics. You have families not speaking at the dinner because of political differences. They’re in a civil war. You just have to not talk about it, and some families will sit in stone silence all Christmas, praying no one turns on the television on any news where they will erupt into knocking over not only the Christmas tree, the dining room table, throwing turkeys at each other. True anarchy.

They could always just sing carols.I have this whole thing with crack caroling where you bring the scariest people to other people’s houses singing hideous songs. It’s technically not illegal.

You once said you were a twisted version of your mom and dad.  I am! I think anybody is.

Does that then reflect in your Christmas show?Yeah, I had to learn all the rules of a traditional Christmas to possibly break them and then think of a humorous way to talk about it so completely. I always had a very functional Christmas. I would take anything that was weird at Christmas and completely exaggerate it and obsess over it. It was never traumatic. The Christmas tree did fall on my grandmother, but it was an accident, and she wasn’t hurt or anything.

When you say “weird,” did that extend to gifts you were asking for as a kid?  My parents would get me stuff I asked for. There’s a picture of me under the Christmas tree when I’m really young holding a hand puppet and the album The Genius of Ray Charles.

Well, that seems nice?I look at that picture now and first of all, my parents did not know who Ray Charles was in 1958, and I was young enough to be getting puppets. There you go. And that’s still a really good album!

Do you think people expect one thing and get another at your show?  They know. They wanna be startled. They want to hear the rude stuff. They wanna come into a world they might not feel safe in. You don’t come see a show called Filthier and Merrier or whatever it’s called not knowing.

It’s right there on the marquee.That’s not exactly disguising the subject matter. No one ever comes in and say “Well, that was offensive.” Well, duh.

What prompted the book this year?I had a 100 stories I wanted to sell. We all gotta make a living.

It seems interesting in all your years and through your movies and books that you’re still revealing yourself.Everyone thinks they know a lot, but they don’t know anything because I believe in having a private life — or else you don’t have any life. When I hear about people telling People magazine their most personal thoughts, I think “Don’t they have friends?” You shouldn’t tell everything because then you have nothing left.

Do you look at this as an autobiography?  It’s a memoir — essays about things that obsess me. It’s practical advice. I talk about how to collect art that nobody else collects. How to build a dream house that everyone else will hate. How to fail upwards in Hollywood.

This sounds very helpful for life.  I think it has advice on every single thing but sports, which is funny because now I’m the new Nike ad, which is even more improbable in a career of improbabilities.