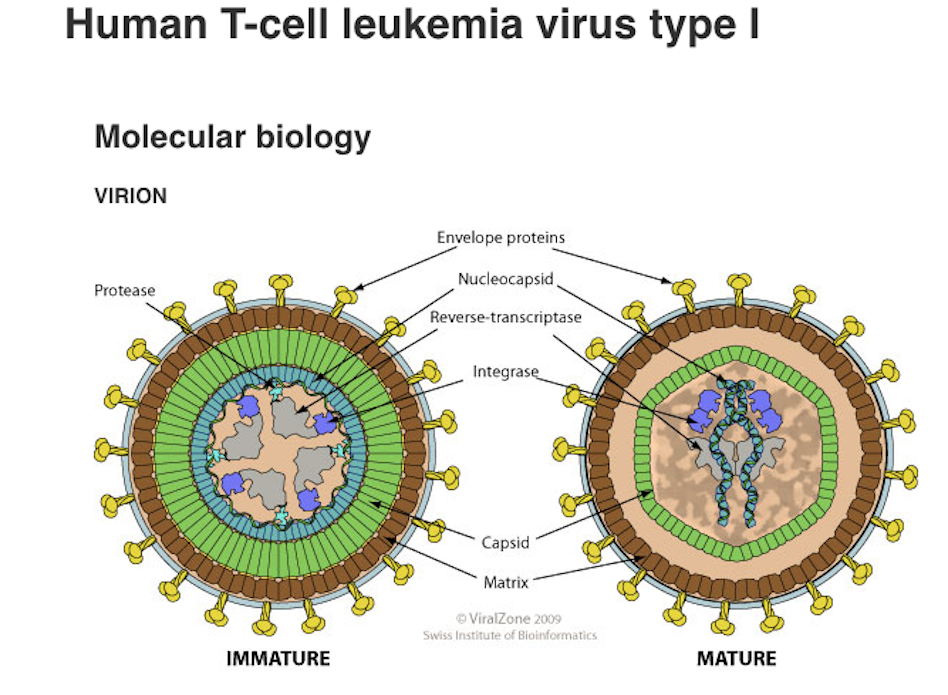 A study led by SMU suggests that oleandrin — a drug derived from the Nerium oleander plant — could prevent the HTLV-1 virus from spreading by targeting a stage of the reproduction process that is not currently targeted by existing drugs.

“Our research findings suggest that oleandrin could possibly limit the transmission and spread of HTLV-1 by targeting a unique stage in the retroviral life cycle,” said Robert Harrod, associate professor and director of Graduate Studies in SMU’s Department of Biological Sciences. Harrod is a co-author of the study, published in the Journal of Antivirals & Antiretrovirals, according to press release sent by SMU.

The human T-cell leukemia virus type-1, or HTLV-1, is a retrovirus that infects T-cells and is usually transmitted in a similar manner to HIV-1 through a person’s blood or body fluid. Infected cells present within breast milk can also pass HTLV-1 from mother to infant through breastfeeding.

While HIV-1 kills the infected T-cells, HTLV-1 causes them to divide uncontrollably. This in turn can lead to the development of aggressive leukemia, a cancer of the white blood cells. People infected with HTLV-1 can also develop a progressive neurological disease that can affect one’s ability to walk and may cause serious symptoms leading to coma and even death.

Retrovirus particles copy themselves within infected cells by transcribing their RNA into DNA after entering a cell, a process called the retroviral life cycle. The more virus-infected cells that are produced, the worse symptoms can get for people who are infected with HTLV-1.

A much deeper explanation

The two lead authors, Tetiana Bowley and Lacin Yapindi, are Ph.D graduate students who worked with Harrod in his lab. Aditi Malu, who also worked in Harrod’s lab, graduated from SMU with a PhD in May. Together with collaborator Jagan Sastry at the University of Texas M.D. Anderson Cancer Center and Dr. Robert Newman at Phoenix Biotechnology, Inc., SMU researchers found that the botanical compound called oleandrin successfully interrupted part of the infection cycle for HTLV-1.

“As has been shown for HIV-1, treatment with oleandrin did not affect the ability of infected cells to produce and release new virus particles. However, the particles that were produced were defective, meaning they contained less envelope glycoprotein on their surface,” Harrod said. “This impaired their ability to form virological synapses for effective cell-to-cell virus transmission.”

A so-called “envelope,” which forms the outer coat of the HTLV-1 particle and binds to the receptors on the surface of target cells, must be present in order for a virus-infected cell to fuse with the membrane of an uninfected T-cell, allowing the virus to enter the cell and spread the disease. Without it, the HTLV-1 retrovirus can’t successfully be passed to other cells.

“Oleandrin is unique in its ability to block the incorporation of the envelope glycoprotein into mature virus particles as they’re exiting an infected cell,” Harrod said.

The hope is that oleandrin, or a similar drug that targets the same part of the retrovirus infection cycle, could potentially prevent HTLV-1 from causing progressively worse clinical symptoms in people with an immune-driven condition like HAM/TSP where the body’s immune system causes tissue damage due to the misrecognition of replicating virus particles.

“If a drug, such as oleandrin, could prevent the spread of HTLV-1 particles within an infected HAM/TSP patient, it may become possible to dampen the neuroinflammatory response to alleviate the symptoms of disease,” Harrod said.

Harrod called the findings “exciting” because oleandrin targets a different mechanism of fighting the virus – one that hasn’t been the focus of other antiviral drugs that attack specific steps in the retroviral infection cycle. Those drugs, called highly-active antiretroviral therapies or HAART for short, have not been shown to be effective with HTLV-1.

In the study, to demonstrate that purified oleandrin or an N. oleander extract could inhibit the formation of HTLV-1 virological synapses, SMU researchers in Harrod’s lab labeled an HTLV-1-infected virus-producing cell-line with green fluorescent protein (GFP), so these cells could be easily identified by their ‘green’ fluorescence under a microscope. These cells were then placed in the same culture well as healthy T-cells. T-cells that became infected with HTLV-1 were easy to spot because researchers could see a junction between the two cells and then a red fluorescent signal showing up in the newly-infected T-cell.