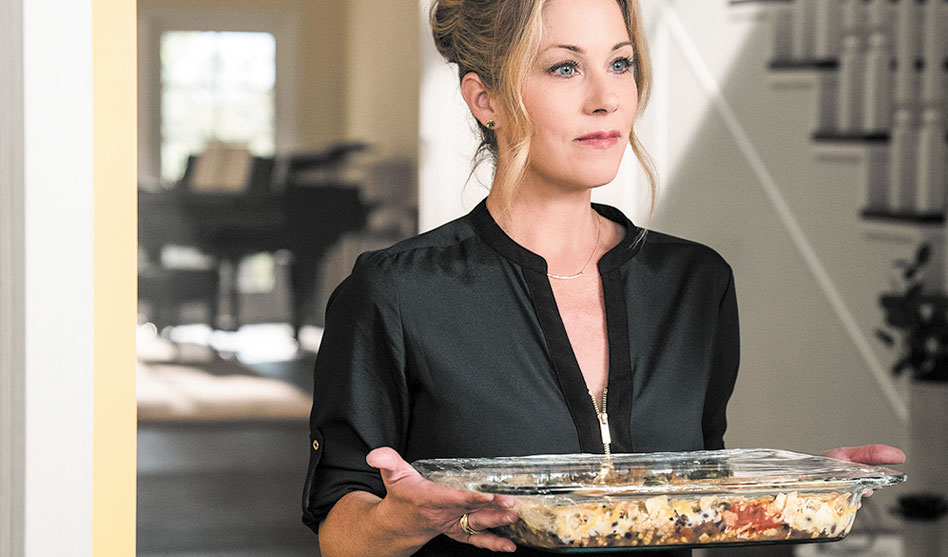 Above, Christina Applegate’s performance in ‘Dead to Me’ was just one of the excellent draws of this astonishing series.

Justice dominated the role of TV in 2019

The landscape of television is nothing like it used to be. For much of the 20th century, TV was viewed on three or four broadcast network, with syndication as a backstop and some premium cable channels for prestige. Now, we still have HBO — and networks, of course — but streaming services (Netflix, Amazon, Hulu, YouTube and recently Disney+ and Apple, even Facebook) throw tons of money at piping original episodic content into our brains. That’s one reason I don’t linger on older TV shows that still hold up but new shows that debuted (if a series, with at least two episodes) from November 2018 through October 2019 on any platform (including podcasts).

What stood out the most in 2019 seemed to be the idea of justice as a driving concept in our popular consciousness: From scam artists who finally got their due to victims finally being believed to truth finally coming to light, the role of the arc of history figured prominently on television. (One show I left off the list that most proves the point? The impeachment hearings.)

Because of its domination of content, Netflix figures prominently on the list, as does HBO (which is still the prestige channel). Because there’s so much out there, I went ahead and made a top 15 (17 titles including ties, plus some honorable mentions). Seek these out, if you haven’t already.

15 (tie). Fyre: The Greatest Festival That Never Happened (Netflix)/Fyre Fraud (Hulu). These two documentaries about the same event — the much-hyped but disastrous concert planned in the Caribbean — came out within days of each other (one on Netflix, one on Hulu) but approached the subject matter differently. Netflix’s Fyre was slightly more informative and wide-ranging, but as a twofer, they paint an astonishing portrait of corruption, greed, hubris and social media fails.

14. Roast of Alec Baldwin (Comedy Central). You could say this is part of a series, but get over it — each is unique if familiar. These specials are usually funny, of course, but this one set a different bar: Not only was the master of ceremonies an out gay man (Sean Hayes), but one of the panelists was the first-ever trans roasters on the dais, Caitlyn Jenner. The show proved that you can make fun of queer folks mercilessly, humorously and without malice. That’s the essence of equal treatment.

13. Leaving Neverland (HBO). Of the two incendiary musician-abuse documentaries this year (the other being Surviving R. Kelly), this one was the more thoughtful and insidious of the two, creating an unmistakable sense of dread while convincing us about the worst of what we always suspected.

11. The Kominsky Method (Netflix). Geriatric comedy has been a thing since The Golden Girls, but this one, with Michael Douglas as an ageing acting coach and Alan Arkin as his fretful friend, was a study in great comedic acting with heart underneath.

10. Tales of the City (Netflix). The return to Barbary Lane — our fourth go-round — ended up being unusually satisfying and a reminder of what drew us in originally.

9 (tie). The Politician (Netflix)/The Act (Hulu). These two shows both addressed the strange phenomenon of Munchausen syndrome by proxy (caregivers faking the serious illnesses of their charges) in entirely different but equally compelling ways. For The Politician, content king Ryan Murphy turned a satire of a queer high school candidate for student body president (Ben Platt) into a metaphor for the wider society of cancel culture, memes and superficiality, while The Act told the true story of a girl who murdered her mother after years of being made an invalid.

8. When They See Us (Netflix). Ava DuVernay’s essay on the Central Park Five, young black boys who spent decades in prison for a crime they didn’t commit (while a real estate developer named Donald Trump lobbied for them to be executed despite the absence of the death penalty) is a grim, powerful portrait of injustice.

7. Fosse/Verdon (FX). Michelle Williams and Sam Rockwell entirely inhabited their characters — Broadway legend Gwen Verdon and her famed husband, choreographer/director/narcissist Bob Fosse — so persuasively, across decades, that you couldn’t turn away. A must-watch for fans of theater and film history, as well as the costs of the creative process. 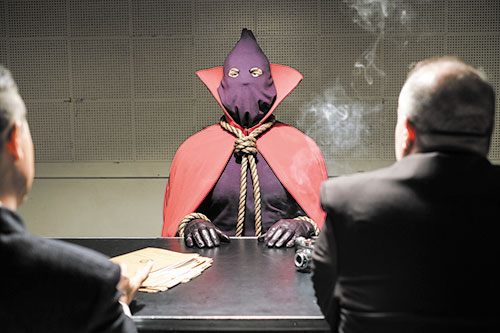 In ‘Watchmen,’ the line between hero and villain is brilliantly blurred.

6. Watchmen (HBO). Much like Westworld, HBO’s other prestige fantastical drama without dragons, this is not an adaptation of the notorious comic book series about an alternate history of the U.S. but a furtherance of its premise: What happens when the good guys become bad guys? When is fascism an element of survival? And how big is too big in the corporate world? Thoughtful, surprising and unsettling, it’s a slow-burn series that pays off.

5. Unbelievable (Netflix). Although it got off to a slow start, this miniseries about the true case of a serial rapist as seen through the eyes of his first victim — a young woman (Kaitlyn Dever) pressured by lazy cops into recanting her story and two subsequent detectives (Merritt Wever and Toni Collette) who eventually put the pieces together — was a meticulous crime procedural that avoided cliches while showing how blind alleys and lucky breaks make the dogged pursuant of “truth” so elusive.

4. My Favorite Shapes by Julio Torres (HBO). This expressionist standup special from the quirky, queer writer-comedian is not just funny but intelligent and charming, all while being its own thing — like a TEDTalk for forest elves from Alpha Centauri.

3. Chernobyl (HBO). One of the hardest shows to watch this year (I put it off for months) was also one I couldn’t stop watching. It was as dour and saddening as I expected — there are scenes that make The Walking Dead look like Sesame Street — but also a remarkable true story of quiet heroism, noisy incompetence, misguided patriotism and bureaucratic idiocy, but ultimately a story of inspiration and the cost of survival in the nuclear age without being didactic.

2. What We Do in the Shadows (FX). The quasi-documentary TV trope (The Office, Parks and Rec, Modern Family, etc.) has been overused, but it finds life for one more time in this dark comedy about Old World vampires living in America who have become so lazy, they haven’t conquered the continent as they were tasked … a century ago. Droll, both subtle and slapsticky, its creative mastermind, Taika Waititi, was also responsible for the film Jojo Rabbit, making 2019 the Year of Waititi.

1. Dead to Me (Netflix). A generation of TV operated on the principle of promising the impossible in the pilot and continually trying to bring audiences back with cliffhangers and crazy twists: Lost, Alias, Desperate Housewives, American Horror Story, The Blacklist, and too many more to count. But no show has ever fulfilled that promise more addictively and artistically than this comedy-drama about a new widow (Christina Applegate) coping with the death of her husband with the help of a recent friend (Linda Cardellini). The first episode alone had two jaw-dropping reveals, and every subsequent episode continued to surprise, all while drawing us in with complex portraits of grief, honesty, ambivalence and the pain of secrecy — beautifully acted, written and shot. Dead to Me was the most unforgettable TV experience of 2019.