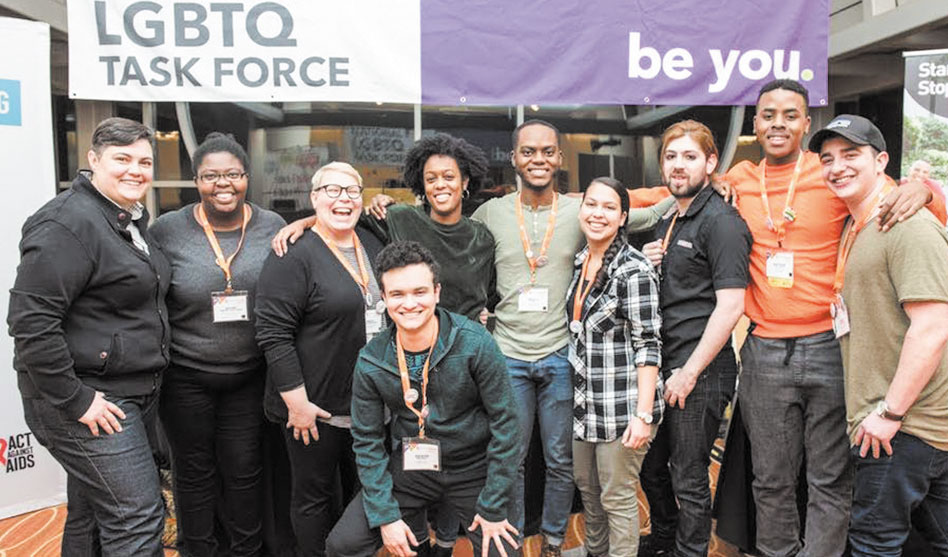 Resource Center CEO Cece Cox has been to a number of the National LGBTQ Task Force’s Creating Change conferences since she began attending in the 1990s. It is, she said, “energizing to see 4,000 queer people in one place.”

Cox said each time she has attended, she has made connections and built relationships with people she’s met at the event. And as Resource Center has begun to tackle LGBT aging issues, Cox said, she has met others from across the country working on the same niche issues — housing, isolation, health — sharing what’s happening in Dallas and learning about what other communities have already accomplished.

But it is the friendships, both personal and professional, she’s developed through Creating Change that mean the most to Cox. “I’ve made amazing connections,” she said.

AIDS Healthcare Foundation Texas Regional Director Bret Camp is another frequent Creating Change attendee, and he said it is very exciting to him that Creating Change is returning to Dallas this year. “It’s an incredible opportunity to develop new leadership for the community,” he explained.

Camp said he hopes a lot of younger people from Dallas and the Metroplex attend the conference and, without reinventing the wheel, find new, “disruptively innovative ways to get things done.

Robert Emery, on the other hand, hasn’t been to Creating Change before. But he will be presenting a workshop “sharing the good news about cultural competency within retirement communities,” he said. The workshop is based on the work he has been doing for the last several years with Coalition for Aging LGBT.

Creating Change has been energizing activists and offering opportunities for networking and in the LGBTQ community for more than 30 years.

The seeds for the conference were planted seven years after the Task Force was founded in the late 1970s when Sue Hyde, who became Creating Change’s conference director, and then-Task Force Executive Director Urvashi Vaid attended a conference that was predominantly white and male. The two women saw then the need for a conference for an entire movement to track itself, said Evangeline Weiss, current leadership programs director for the Task Force.

From the beginning, Creating Change was meant to be as inclusive as possible. The first Creating Change took place in 1987, with 350 people gathering in Washington, D.C. Although that was 33 years ago, this is only the 32nd Creating Change conference, because Hyde was forming a new family and in the middle of adopting in 1988, so the second conference didn’t take place until 1989.

This is the third time Dallas has hosted Creating Change. The first time was in 1993, and the second was 10 years later. Those first two conferences were held in the same hotel as this year’s Creating Change — the Sheraton Dallas Downtown, although in 1993 and 2003 it was known as the Adam’s Mark Hotel.

Weiss said those who attended previous conferences will likely notice some changes when they return for this year’s event. For one thing, she said, this year may just be more fun.

More films are being screened throughout the weekend, and a sing-along is scheduled, too. The concluding Sunday brunch has been turned into a new indoor street festival, which should be a more entertaining send-off than a formal sit-down banquet, Weiss said. 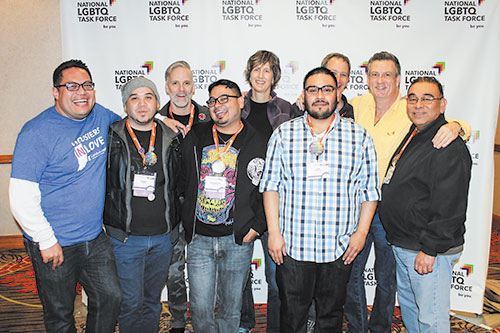 The conference begins on Wednesday, Jan. 15, with the all-day Racial Justice Institute. A variety of institutes are set for Thursday including Disability Justice, Survivors of Child Sexual Abuse, Youth Activism and Mobilizing and more.

Queering Reproductive Justice will provide insight on why the mainstream reproductive justice movement needs to include the LGBT community in its advocacy, while the LGBTQ Campus Resource Professionals Institute will provide networking opportunities for those who support the community on college campuses.

Union=Fuerza Latinex Institute is the annual gathering of Latinx LGBTQ people, and the Trans Institute will allow local and national transgender and gender-non-conforming activists to share and develop policies to ensure people have access to jobs, housing and public accommodations. International LGBTQ solidarity, empowering digital efficiency, allyship, ending mass incarceration and more will be addressed at other day-long institutes.

And all that happens even before the workshops begin on Friday.

Topics that haven’t been addressed at previous Creating Change conference are anti-semitism and islamophobia. But this year, two three-hour workshops have been scheduled — including Interrupting White Nationalism, Anti-Semitism and Islamophobia — and will be presented by Jewish and Muslim panelists working together. Both topics are addressed in a Task Force policy statement called “Values of the National LGBTQ Task Force.” Anti-Semitism and Islamophobia join homophobia, bi-phobia, transphobia and heterophobia on the list of characteristics and beliefs the Task Force oppposes.

But Creating Change is as much about meeting people from around the country as anything else. So social events — like the Welcome to Dallas dance on Thursday night and the Sugar and Spice Drag Show, Gayme Night and the Agents of Change Ball on Friday night — are integral conference components.

Child care is available throughout the conference. HIV testing and mammograms will be offered, and hospitality rooms will be open throughout the conference for a variety of groups, including those younger than 24, those older than 60, those with disabilities of any type, people of color, those who are bi, pan and fluid, asexuals and more.  And for the first time, Family Equality Council is offering programming for kids of LGBTQ families, ages 8-13, on Friday night and all day Saturday.

And lots of films will be screened. Among those not-to-be missed theatrical experiences is Dead Don’t Die in Dallas (previously titled Kicking Zombie Ass for Jesus) starring Richard Curtin and Krystal Summers and written and directed by Dallas Voice DVTV producer and filmmaker Israel Luna. The movie will be shown on Saturday, Jan. 18 at 1:30 p.m. during workshop session 7. █