Who is that masked man? 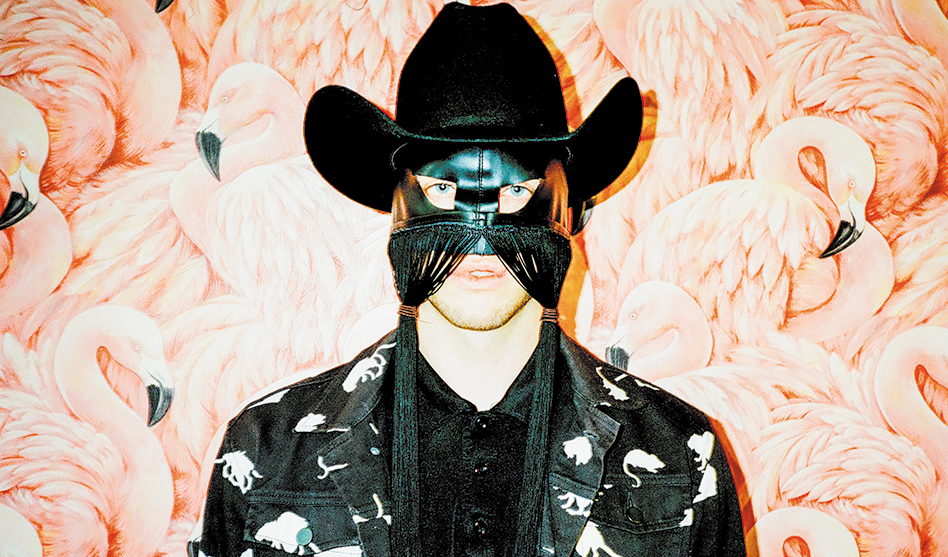 As any Drag Race fan knows, among RuPaul’s best-known catchphrases is that “we’re all born naked and the rest is drag.” It’s easy to wrap our minds around that when it comes to Dolly Parton’s wigs, Porter Waggoner’s rhinestones and Johnny Cash’s all-black ensembles. Indeed, country music may be the most drag-alicious genre of music out there.

That is, according to Orville Peck, the Canadian-born gay crooner who is currently on fire with his debut album Pony, a slew of sold out shows and his recent British GQ cover. And he takes the drag aspect to a whole different level with his now-signature fringe masks. (You can see just how in person on Tuesday, when he brings his looks — and more importantly his music — to South Side Music Hall for his initial Dallas engagement.) 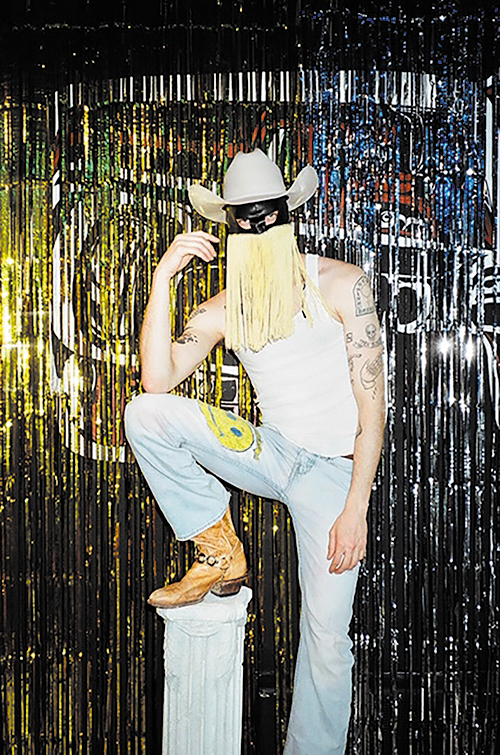 On initial impression, Peck’s get-up may appear to be a gimmick — a way to set himself apart as the Lone Ranger of the Airwaves (with a little bit of flamboyance to boot): The fringe masks, the gaudy country-and-western shirts, the colorful boots … together, they paint a striking and even somewhat fetishy portrait, but he’s also quite serious about it all.

“That’s just a part of who I am,” Peck says by phone. “To me, it makes sense within the history of the music that I make. There’s this misconception that I’m playing a character and it’s not that way at all. I am Orville Peck. But I love the theatrical background and the drama of the music, and I’m telling my stories that are heartbreaking and difficult.”

Which presents a strange dichotomy, being that his music is so emotional and heartfelt, yet we can’t see it in his face. But Peck is fine with that. And he’ll even say that it’s the opposite that happens. Either way, it all works.

“The masks play an important role in connecting me to the audience,” he says. “It’s in the voice, it’s in the body language and I’d say we connect deeper and more emotionally. They don’t need to see my nose!” (Imagine, music that’s centered on the voice… they should make a reality competition series about that!) “My only agenda is to be sincere and we seem to be at this time in music to be sincere, you can’t be bold and colorful and creative.”

With just the one album under his western belt and accompany buckle, Peck has become a music darling — an It Boy capturing eyes and ears with his lush sounds (“Queen of the Rodeo”) and gorgeous videos (“Hope to Die”). That has struck a chord with audiences who run the gamut at his shows. And especially in the often insular world of country music, where out artists are few and far between (see our interview with Ty Herndon, Page 24), his visibility and popularity make for an important combination.

“I have such a diverse crowd there, from straight frat boys to 70-something Hank Williams fans to drag queens,” he says. He’s discovered a special attachment to his queer fans. In some ways, he represents a beacon of sorts for some.

“I have some fans who grew up in the South, in that ranching lifestyle and they had to push that part of their lives aside. They didn’t feel welcome in their own culture,” he says. “I represent a doorway back into that I think. What more could you ask for?”

To add to his mystique, Peck has been famously cagey not just about what he looks like under the mask, but also about his past. Still, he has talked about his formative years with his two older brothers and liberal parents. Life was so good that he never had to come out due to such a supportive family. He discovered isolation outside of his family where other people weren’t as agreeable, which struck him as odd.

“They allowed me to be comfortable at a very young age, but the struggle was growing up in this strange solitude from others,” he says. “I was on my own a lot as a kid and I think I carry that loneliness inside and put a lot of that anxiety in my music. Quite literally, I felt like an outlaw while also loving cowboy culture.”

Peck felt on his own often as a child and like a country song, turned it into his own.

“I genuinely felt like a cowboy and saw the adventure in it,” he says. “I figured I’d blaze my own trail in this nomadic and solitary way.”

He recalls listening to Patsy Cline at age 11 and, while not fully comprehending her lyrics about relationships, related to the simple emotions and heartbreak.

“I vividly remember just crying about those feelings,” Peek says. “But that’s what country music is. Now I see audiences singing my songs back to me which are deeply personal.”

His thrust to fame has been like a rocket and he’s bullriding it still in disbelief.

“I pinch myself a lot,” he says. “For me, I’ve been able to meet many of my idols in just the last six months and not just in music, but in film, theater or fashion. That’s been fascinating.”

Despite the famous people, it’s his fans — especially his queer fans — who Peck says strike him the most with their stories.

“It’s so touching and I just feel incredible when I hear these stories by LGBTQ-plus people,” he says. “But also, I hear from people who are completely different from me who I felt marginalized by and that even helps me with my preconceptions. I’ve been a performer my whole life, but I just now see this diversity in all people. It doesn’t shock me because I know it’s what music can do, but it still grips me every night.”