Walking toward a common goal 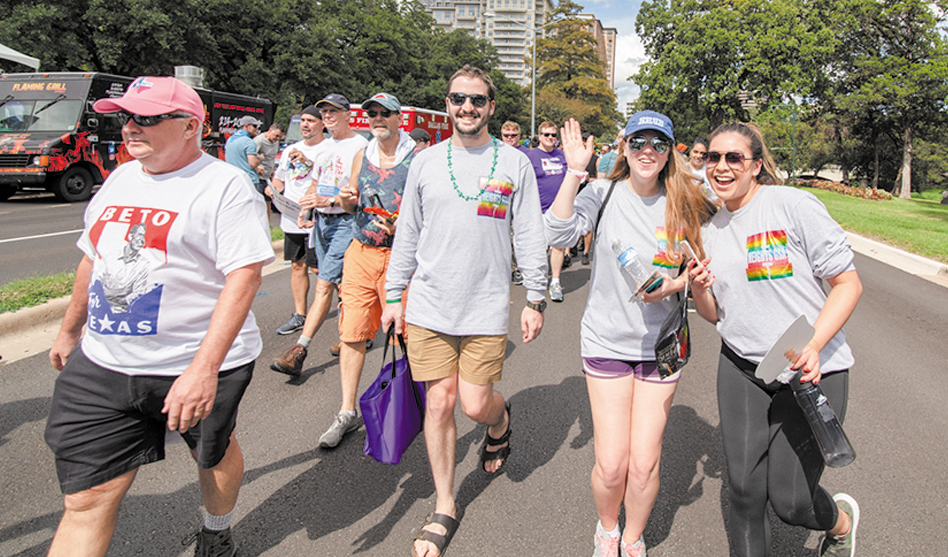 The  29th annual LifeWalk event, supporting Prism Health North Texas, steps off Sunday, Oct. 6, at 1 p.m. from Turtle Creek Park, but organizers noted that the fun starts that morning at 11 a.m. with a festival in the park featuring food trucks, dog rescue groups, LifeWalk team booths, organizational booths and other vendors. There will also be a memorial banner that visitors can sign in honor or someone living with HIV/AIDS or in memory of someone who has died of HIV/AIDS.

DJ Enrique will be spinning the tunes to help people get in the festive mood.

Free HIV testing will also be offered at the park, and everyone who gets tested receives a free “clack” fan while supplies last. Hobbs and Walker noted that the fans go fast, so if you want one you should get over to be tested early.

Tori Hobbs, PHNT’s chief marketing and development officer, and PHNT Event Coordinator Terry Walker said earlier this week that nearly 600 people had already registered online to participate in LifeWalk, and they expect about 1,200 people — including volunteers and walkers — to be in the park on the day of the walk. They also stressed that online registration is still open and that walkers can register in person at Turtle Creek Park, right up until the walk steps off. 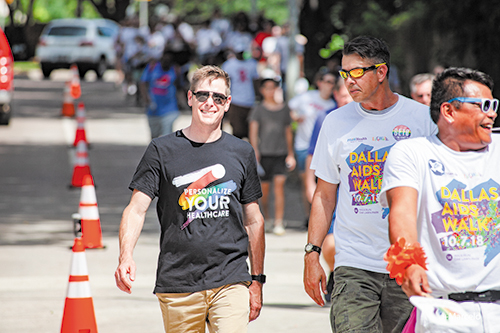 Where similar events require participants to pay a registration fee and/or raise a certain of amount of money in donations, LifeWalk has no such requirements.

“There is no fee to register, although you do have the option to make a donation when you register online,” Hobbs said. “The donation isn’t mandatory, although we do encourage people to raise donations and donate themselves when they can.”

Everyone who registers for LifeWalk receives a free t-shirt, and those who have pre-registered are reminded to check in when they reach the park to get their shirt.

Walker and Hobbs also pointed out that walkers are welcome to bring their dogs with them to walk the route.

While there are always plenty of individuals walking, many people create LifeWalk teams that raise funds year-round and compete to be the largest team, the team that raised the most money, and so on. Partner agencies form teams to raise money, and the funds those teams raise go to the agency they represent, minus a small administrative fee, Hobbs said.

The LifeWalk teams each has a booth or tent in the park on walk day, offering visitors prizes and gifts and accepting donations.

While the purpose of LifeWalk is to raise funds for PHNT and its partnering agencies, all of which provide services around HIV/AIDS. But LifeWalk is also about raising awareness and increasing education about HIV.

So in light of that mission, one of the new attractions at LifeWalk this year, according to PHNT spokesperson Terry Walker, will be Connect to the Cause, “an education and interaction space where can learn more about what HIV is, how it is transmitted, what we are doing to combat HIV and the range of services we offer.”

Hobbs explained that the Connect to the Cause area will include six different tables, each one featuring educational information on HIV and how PHNT serves those who have HIV or are at risk of contracting the virus. 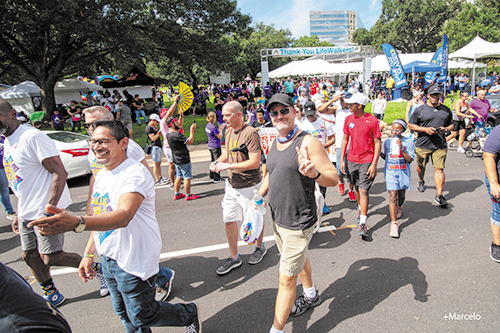 The LifeWalk route starts at Turtle Creek Park then winds through the Turtle Creek and Uptown neighborhoods to wind up back at the park. Walker noted that there will be plenty of water available, with hydration stations for both people and pups scattered along the walk route.

Those who participate in LifeWalk have various reasons for doing so. But they all have a common goal: “There is a clear call to action in participating in the LifeWalk event,” Walker said. “When you register for LifeWalk, you become an advocate for fight against HIV. When you invite others to participate with you, you become an ambassador.”

Hobbs added, ““Coming and participating in the LifeWalk event helps ensure that those who need HIV medical care and prevention measures, like PrEP, receive those services. And you become part of helping to end HIV in North Texas.

“That’s our goal — to end HIV in North Texas,” she concluded. “And with the help of people who participate in the LifeWalk event, we can reach that goal.”