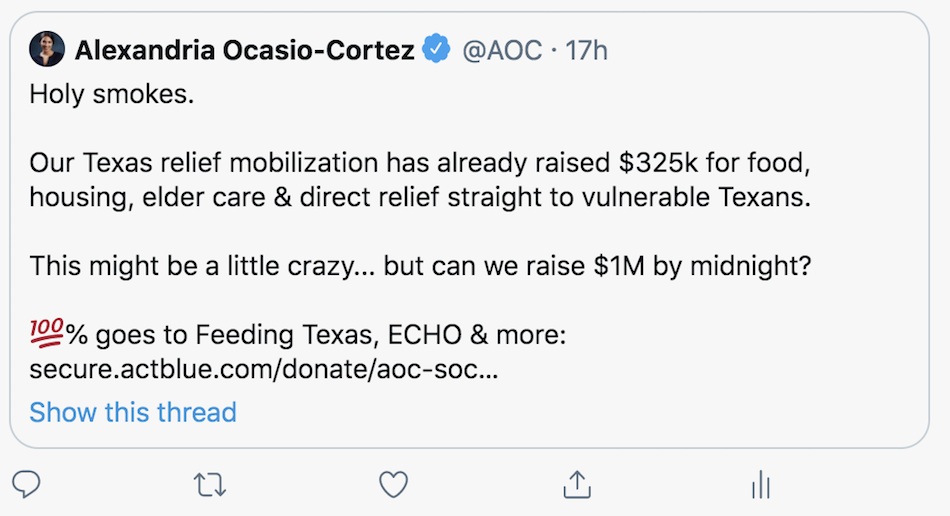 In 24 hours, N.Y. Rep. Alexandria Ocasio Cortez raised $1 million for Texas food, housing, elder care. In the above tweet, she had collected a third of her goal, but made the million by midnight. She’s planning a trip to Houston early next week. This gives an idea of what someone in Congress can do to help.

Meanwhile, Ted Cruz’s Director of Communications was busy explaining why her boss deserved a little vacation. As they say in Cruz’s office, “Big whoop.”

Statement from Director of Communications for Sen. Ted Cruz pic.twitter.com/5cXIkTTZiW