What to watch for 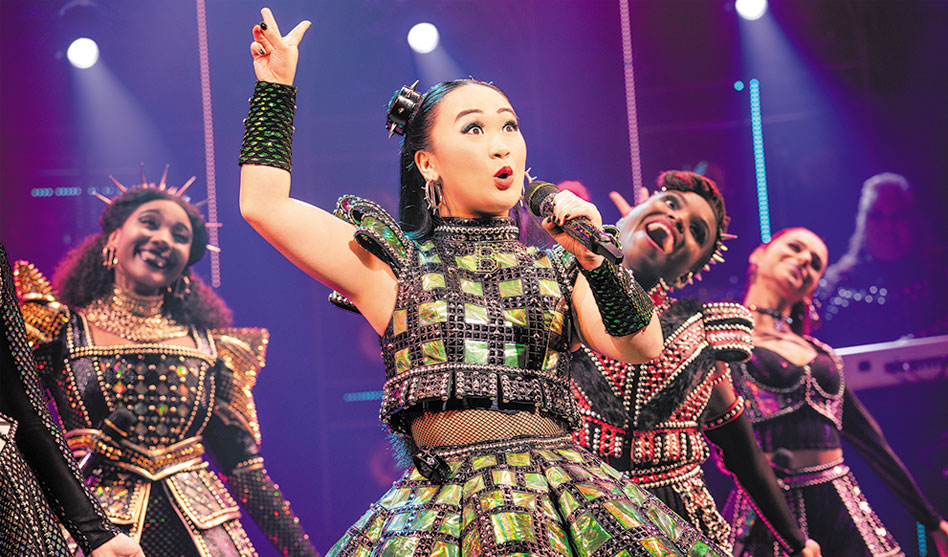 The upcoming stage season is here, and it is queer

Whether it’s because they are anxious to get the news out or to get audiences stoked early, North Texas performing arts companies have been announcing their upcoming seasons for the next year already. Premieres, classics and original works are all on the horizon for area stages, and while we’re still pandemically challenged, this may be the season that feels like the stage is back to if not normal, then next to normal.

This season we’ll see big shows like Six and Moulin Rouge! The Musical while local productions range from a Tennesee Williams classic to a comedy by local gay playwright Matt Kyle. TITAS/DANCE UNBOUND brings an eclectic selection of dance performances with queer sensibilities to the 2022/23 season. And the Turtle Creek Chorale and Women’s Chorus of Dallas will show off their vocal skills.

In short, expect a whole lot of fabulous representation — on stage and off. Whether it’s through the producing company, the show itself or the creatives behind each production, here are selections from the 2022/23 season that audiences can go totally gay for: 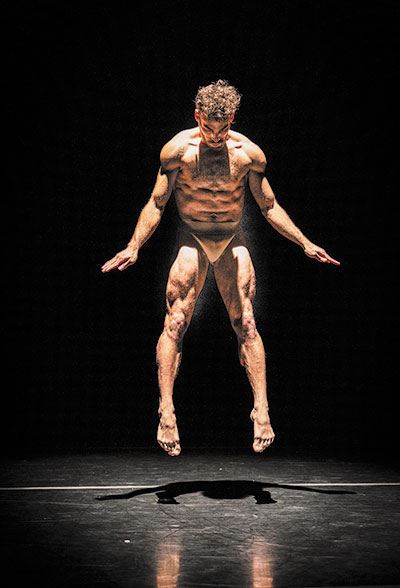 • Aug. 24-28: Mamma Mia! by Lyric Stage. The company opens its 29th season at the Majestic Theatre with this popular musical based on the songs of ABBA and centering on Sophie, a young woman in search of her birth father on the eve of her wedding. LyricStage.org.

• Sept. 1-25: Big Scary Animals by Theatre Three. Local playwright Matt Lyle’s comedy about an older white couple who move into a gay neighborhood returns to the stage after its strong run in 2017 on the Theatre Too stage. Theatre3Dallas.com.

• Sept. 9-18: Rent by North Texas Performing Arts (NTPA). NTPA’s repertory company in Plano is not short on rainbow-friendly shows this season, starting with this Jonathan Larson classic, a contemporary take on La Boheme about struggling artists in New York’s East Village during the HIV/AIDS epidemic. NTPARep.org.

• Sept. 17: Homecoming. Bruce Wood Dance returns to Fort Worth for one night only at the W. E. Scott Theatre. The performance features two nationally-acclaimed works by Bruce Wood — RED and Lovett! BruceWoodDance.org.

• Sept. 30-Oct. 1: The Gibney Company makes its Texas debut with TITAS/DANCE UNBOUND. The company is led by out choreographer Gina Gibney, who also founded the company, the performance opens the T/DU season at Moody Performance Hall. TITAS.org.

• Oct. 8 and 9: That ’70s Show: A Sing-Along Sensation by Turtle Creek Chorale (TCC). In a rare instance, audiences can be members of the Chorale for this concert of music from just 50 years ago. Performances will be held at SMU’s McFarlin Auditorium. TurtleCreekChorale.com. 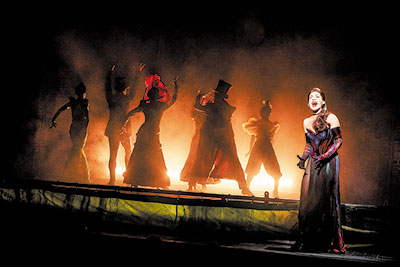 • Oct. 13-Nov. 13: Young Frankenstein by Theatre Three. The musical is produced in partnership with Fort Worth’s Circle Theatre and directed by Joel Ferrell with music direction by Cody Dry. Theatre3Dallas.com.

• Oct. 16: Suffrage Cantata by The Women’s Chorus of Dallas (TWCD). No information or venue has been posted as of press time. TheWomensChorusofDallas.com.

• Oct. 21-30: Heathers the Musical by NTPA. Another cult classic on the horizon, this production is based on the 1989 dark comedy film Heathers centers on Victoria who longs to be popular at any price. NTPARep.org.

• Oct. 26-30: The Rocky Horror Show by Lyric. Dust off that costume and celebrate Halloween by doing the “Time Warp” in the aisles of the Majestic Theatre with this queer fave and cult classic. LyricStage.org.

• Nov. 4-19: Gypsy by MainStage Irving-Las Colinas (MainStage ILC). Everything’s coming up roses this fall at the Dupree Theater for this season opener. Directed by Michael Serrecchia, this classic musical tells the tale of an ambitious stage mother and her daughter’s success. MainstageIrving.com.

• Nov. 11: BodyTraffic by TITAS/DANCE UNBOUND. The Los Angeles company brings a sexy program to the Winspear Opera House with this revealing piece featuring male dancers wearing only dance belts. The company also has LGBTQ representation in its team of dancers. TITAS.org. 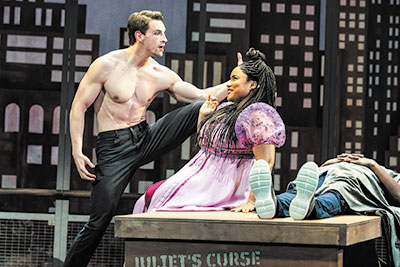 • Dec. 2-18: Head Over Heels by Uptown Players. This musical love story is set to the music of The Go-Go’s, including “We Got the Beat,” “Our Lips Are Sealed” and “Vacation” and Belinda Carlisle’s “Heaven is a Place on Earth” and “Mad About You.” The show was planned for the 2020 season but now launches the 2022-2023 season at the Kalita Humphreys Theater. UptownPlayers.org.

• Dec. 6-25. Six by Broadway Dallas. The six wives of Henry VIII are remixed into pop princesses in this new Tony-winning musical. The musical is included in the Germania Insurance Broadway Series and performed at the Winspear. BroadwayDallas.org.

• Feb. 15-19: Elton John and Tim Rice’s Aida by Lyric. Based on the Verdi opera of the same name, John and Rice’s music and lyrics carry this tale of love, loyalty and betrayal about an enslaved Nubian princess who finds her heart entangled with an Egyptian soldier who is betrothed to the Pharaoh’s daughter. Drama! At the Majestic. LyricStage.org. 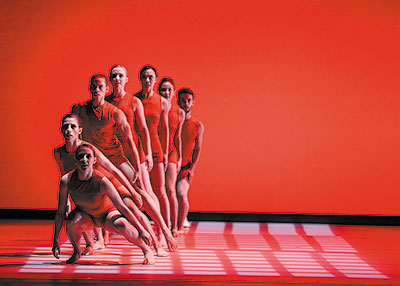 • Feb. 18-March 12: To DIE:GO in Leaves by Cara Mia Theatre. The company devised this show that’s inspired by artist Frida Kahlo’s paintings and biography. The queer icon’s story will be performed in repertory in English and Spanish at the Latino Cultural Center. CaraMiaTheater.org.

• March 2-12: Silver Foxes by Uptown Players. The world premiere by Golden Girls writers James Berg and Stan Zimmerman about three older queer men who save their best friend from his living facility will be presented on the Theatre Three stage. UptownPlayers.org.

• March 15: Moulin Rouge! The Musical by Broadway Dallas. Baz Luhrmann’s glitzy, showy movie comes to life onstage with a new mix of song mashups and glamorous splendor. The musical is included in the Germania Insurance Broadway Series and performed at the Music Hall at Fair Park. BroadwayDallas.org.

• March 25: Voices of Women 8 by TWCD. No information or venue has been posted as of press time. TheWomensChorusofDallas.com.

• April 7-30: Into the Woods by Dallas Theater Center. Classic storybook characters come together in this now-classic musical by James Lapine and Stephen Sondheim. The production will be performed at the Wyly Theatre. DallasTheaterCenter.com.

• April 20-23: Broadway Our Way 2023. Uptown Players annual fundraiser is truly a gay old time with its cast of Uptown actors performing showtunes but all with signature and fabulous twists. Written and directed by B. J. Cleveland, the show will go on at the Kalita Humphreys Theater. UptownPlayers.org.

• April 21-30: Kinky Boots by NTPA. This feel-good, empowering musical centers on a shoemaker and his fateful encounter with Lola. NTPARep.com.

• May 4-21: Cruel Intentions: the ’90s Musical. Based on the film starring Reese Witherspoon and Ryan Phillipe, this co-production pairs Uptown Players with Stage West for its run that features hits from the ’90s through a tale of revenge and passion. UptownPlayers.org. StageWest.org.

• May 5-20: The Light in the Piazza by Mainstage ILC. Directed by Bruce R. Coleman, this music with book and lyrics by Craig Lucas and Adam Guettel centers on the emotional journeys of love and loss through families. MainstageIrving.com.

• April 18-30: Tootsie by Broadway Dallas. Based on the Dustin Hoffman film about an actor, whose life is a drag who then turns to drag for a more fulfilling life. The musical is included in the Germania Insurance Broadway Series at the Music Hall. BroadwayDallas.org. The show will move to Bass Performance Hall May 9-14. BassHall.com.

• June 14-18: Xanadu by Lyric. Based on the 1980 musical movie that starred the late Olivia Newton-John and Gene Kelly, the show goes from Mount Olympus to Venice Beach with music and lyrics by ELO’s Jeff Lynne and book by Douglas Carter Beane. LyricStage.org.

• July 14-29: The Underpants by MainStage ILC. The theater closes its season with this Steve Martin farce about a public wardrobe malfunction that could either cost one bureaucrat his reputation…or not. The comedy is directed by B.J. Cleveland and presented at the Dupree Theater. MainStageIrving.com.