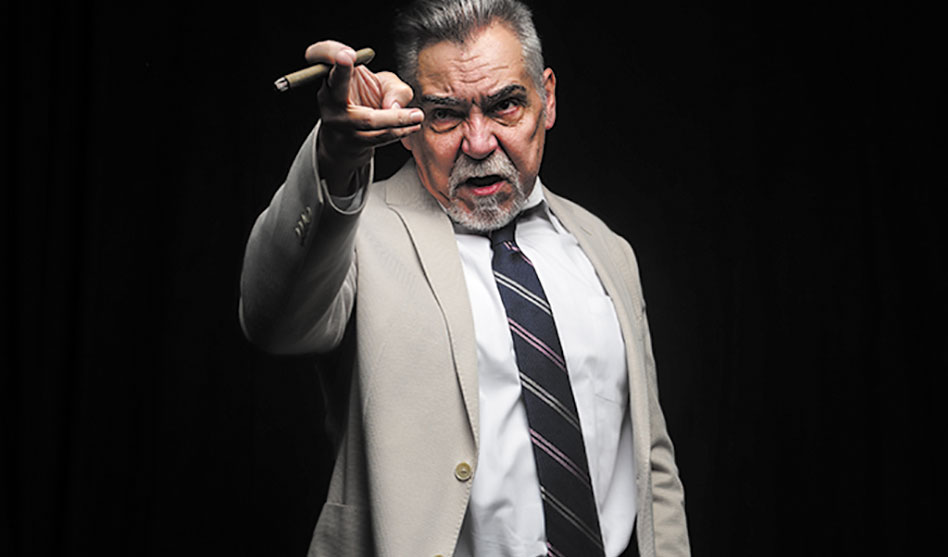 Terry Martin marks a first for his return to the stage

For those familiar with theater in North Texas, Terry Martin is a recognizable name. He is perhaps most famous as the longtime director of WaterTower Theatre in Addison, serving in that role from 1999 to 2016. In that time, he built a reputation throughout the Dallas and North Texas theater community as one of its most prominent and prolific directors.

And yet, he just wanted to be onstage himself.

“Yeah, my preference has probably always been acting,” Martin said by phone.

Now, thanks to Joey Folsom and The Classics Theatre Project, Martin is about to get back onstage, starring as Big Daddy in Tennessee Williams’ Cat on a Hot Tin Roof. The show opens Aug. 26 and runs through Sept. 11 at the Addison Theatre Center.

Taking the role wasn’t just a chance for Martin to get back onstage; it had sentimental value as well.

“Joey is a former student of mine, and I’ve cast him several times at WaterTower,” Martin said.

“I’ve seen The Classics’ works and have been supportive. We were just sort of talking and this show came up.”

Martin recalls his last venture into acting was in All My Sons with Folsom — and also a one-man piece for Uptown Players’ Pride Festival four years ago.

For Folsom, having Martin in the cast raises the bar.

“Terry Martin is a consummate artist. He elevates the spirit and work of everyone around him with the energy he brings,” Folsom said by email. “He has a kind of effortless presence and force that demands your attention, which is exactly the role. Big Daddy is a giant; so is Terry.”

By day, Martin serves as the head of Fine Arts at Greenhill School, overseeing all the arts from pre-kindergarten to high school seniors since 2016. He’s found artistic fulfillment in that role, even directing young actors in school productions.

“I directed a middle school production of Elf, and you learn a lot directing a cast at that age,” he said with a laugh. “But we have good stuff at Greenhill, and it keeps my artistic mind going.”

But Big Daddy turned out to be perfect timing for Martin.

“It was serendipitous that it worked out and fit so well in my life. The timing was just right, with the last part of summer and the first few weeks of school,” he said. “Plus, finding something that really compels me to want to tread the boards” was an added bonus. 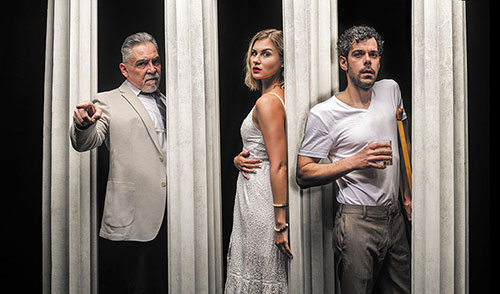 Big Daddy is a first for Martin. His previous experience with Tenneesee Wiliams includes directing Tin Roof and acting in a high school production of The Glass Menagerie. It appears he has officially obtained his daddy status.

Martin said he understands the role, having grown up in the South. But he was also interested in bringing his own take to the iconic role of Big Daddy.

The Classics Theatre Project describes Cat on a Hot Tin Roof as the “telling of a family in crisis examining the themes of truth, lies, sexual desire, repression and decay against a backdrop of familial relationships, social mores and mortality.” Maggie is the frustrated spitfire of a wife to the resigned Brick, who’s heyday as a football player has bypassed him. There’s speculation that Brick has an attraction to his teammate, which riles Maggie. Brick’s father Big Daddy, who enters in the second act, is about to celebrate a landmark birthday for a variety of reasons when the couple comes to visit.

“My understanding comes from a reflection in my own family,” Martin explained. “There’s a familiarity that is interesting to explore, and Big Daddy has lots of backstory you may not remember. He’s mean and obnoxious but also tender and vulnerable, which has been fascinating to dive into.”

The show is directed by another local theater luminary: Susan Sargeant, founder of Wingspan Theater, which recently announced its closing.

“I’ve known her for nearly 30 years, and I think she’s the perfect choice for this show. She’s directed a lot of Tennesee Williams in her career,” Martin said.

Another interesting aspect of this production is its venue. Its interesting in the sense that it takes Martin back to his former home — sorta.

The Addison Theatre Center is home to the Karol Omlor Studio Theatre, where Tin Roof will be staged, and it is home to WaterTower Theatre which holds the Terry Martin Main Stage.

“It’s like coming home, just not to the WaterTower. It feels both comfortable and uncomfortable, especially acting next to a place that has your name on it,” Martin said. “Can you imagine if I performed a show on that stage? That would be a bit weird.”

The Classics’ last two shows were performed in the Margo Jones Theater at Fair Park, so this will be a different theater experience all around, but one not completely unfamiliar to Folsom.

“We’re very lucky to have been able to get in at Addison for the show. We felt very welcomed by the community during our outdoor run of Much Ado About Nothing there last summer,” he said.

Being back in the theater in today’s time is not lost on Martin. The conversations have changed in a short time as companies are expanding their diversity, equity and inclusion initiatives.

Martin has worked to have that dialogue all along by staging productions such as The Laramie Project and Spring Awakening.

But the theater is a very different scene for him now.

“The nature of the conversations we are having now are different than what we could have had in 1999 or 2000,” he said. “From LGBTQ to racial and diversity, the #MeToo movement, colorblind casting — all things I was trying to do at WaterTower anyway, just without that conversation and on a more tentative scale. Now it’s not only necessary but demanded of theater by younger people and society, and I can understand their impatience for such.”

Martin knows that it’s not an overnight process but he has seen the efforts by theater companies across the landscape.

“I appreciate that impatience by the audience. I hope they continue that. It’s a different atmosphere now, but I think the theater community has to go through these growing pains,” he said.

After Tin Roof, Martin said he has no plans as of yet for his next theater outing. Instead, he has Greenhill to oversee, and he will get back to his writing.

“I can’t believe that I’ve been making theater in Dallas for 30 years,” he said.

Clearly, theater is ingrained in Martin. Patience may be what’s needed for his next appearance.