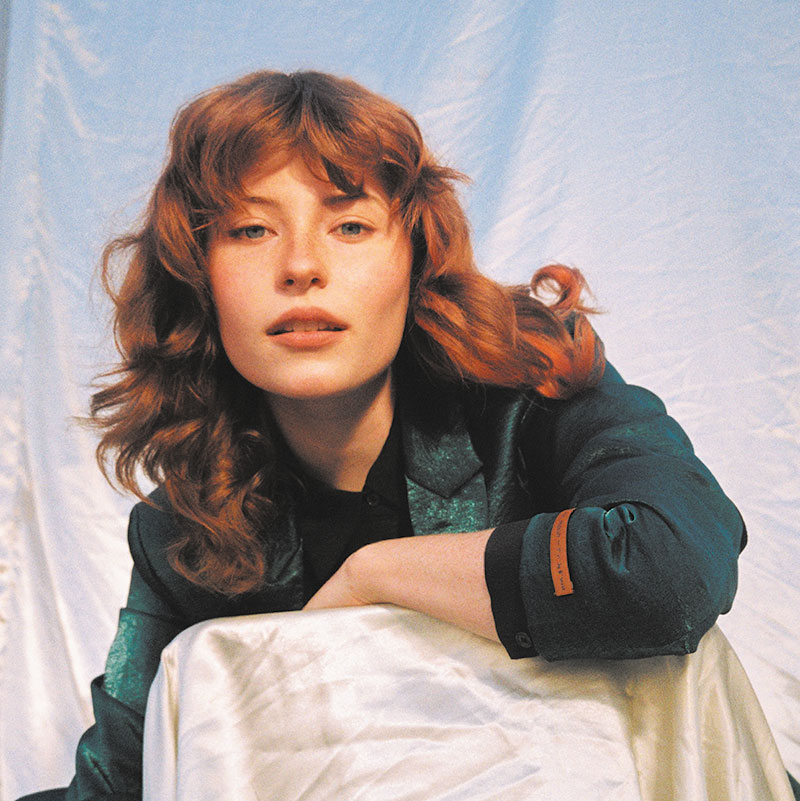 On Vogue’s project Youthquake, the focus is on new generation artists and creatives. They call it “a changing of the guard in fashion and culture.” Vogue has profiled a variety of artists, models, designers and more who are influencing culture on the horizon. In Tuesday’s episode, they gave some love to singer Allison Ponthier who we profiled back in August.

That day we published the profile, she released her EP Faking My Own Death (which came out after her single “Cowboy” where she basically came out of the closet musically)and has gone on tour throughout the country often with collaborate Lord Huron. She’s amassed followings on TikTok and popular streaming services. For Vogue, she discussed her music, love for camp and her ginger locks.

Here are some highlights from Vogue.com:

Allison Ponthier is a master of transformation. From one day to the next, the 25-year-old country-pop singer and TikTok sensation is cosplaying a groovy alien at home in her Bushwick, Brooklyn, apartment—a slime green complexion punctuated by a stamp of red lipstick and a set of matching stiletto claws—or in full drag as a mustached man named Al Bones for her “Harshest Critic” music video.

Whether she’s oscillating between extremes in one of her music videos or just at home experimenting with beauty—from drawing on butterfly-winged eyeliner in exhaustive detail to donning a set of crimson hair horns (a look she helped go viral on TikTok)—it’s abundantly clear that Ponthier never tires of visual exploration. “In a weird way, changing my avatar, changing what I look like in my body, but knowing that I’m still me inside makes me feel better about my personality,”

“I grew up watching RuPaul’s Drag Race since I was, like, 14, so drag has always been something that’s really important to me. The confidence that I saw watching people totally transform themselves and bring out their inner personality was so inspiring to me.”

…in true Gen Z fashion, she remains grateful and humbled by the possibilities of her platform. …“I really feel that’s because the younger generation has kind of opened the hearts of the generation right above it and even the generation above that, inspiring them to be less afraid and more creative. I’ve just been having fun, making the things that I love, and being honest about how I feel. My hope is that people just relate to my story and are able to be brave about their own stories.”

Read the entire piece here. Several other Youthquake pieces have given focus to LGBTQ topics such as one about this queer model, a profile on bisexual singer Arlo Parks and this piece on trans issues.