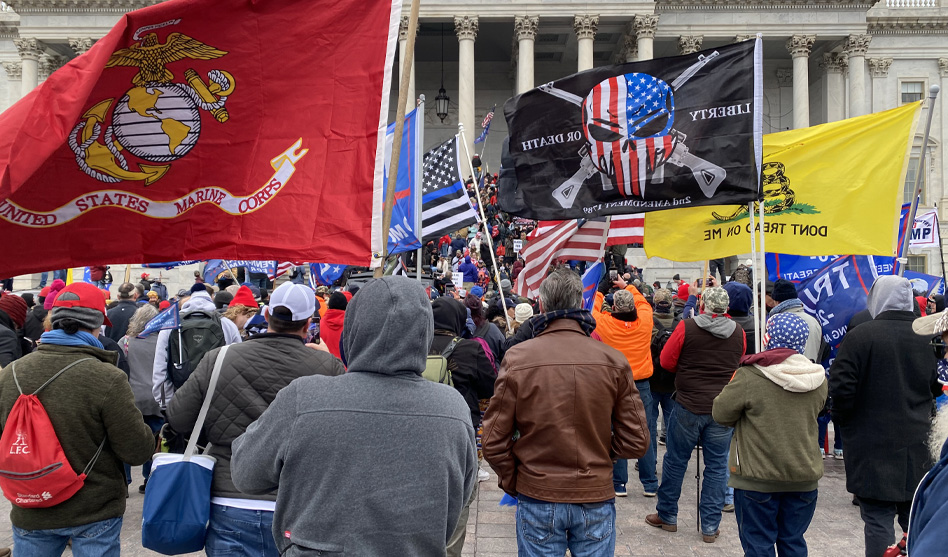 Thousands of President Trump’s supporters stormed the U.S. Capitol on Wednesday, Jan. 6, as lawmakers were beginning to certify the Electoral College results.

Trump loyalists breached security on the steps of the Capitol, then stormed further into the building after they scaled walls and broke windows. The Capitol was placed on lockdown after the infiltration, and debate on the Electoral College results certifying the election of President-elect Biden and Vice President-elect Harris paused at around 2 p.m.

After a recess of about six hours, the Senate and the House reconvened, and just before 4 a.m., Vice President Mike Pence announced that Congress had finished counting the Electoral College votes and certified the election of Joe Biden and Kamala Harris.

The Washington Blade was on the east side of the Capitol when police used tear gas in an unsuccessful attempt to stop the protesters from entering the building. This reporter saw at least three people with pro-Trump signs standing in a window.

The rioters managed to infiltrate the Capitol’s House and Senate wings. They looted the office of House Speaker Nancy Pelosi, D-Calif., while members of Congress, their staff and reporters sheltered in place before they evacuated.

A woman who was shot inside the Capitol died at the hospital. D.C. Police Chief Robert Contee said three others died from what he described as “medical emergencies” during the siege.

D.C. officials instituted a curfew from 6 p.m. Wednesday to 6 a.m. Thursday to clear protesters out of the streets and stem the violence and unrest. 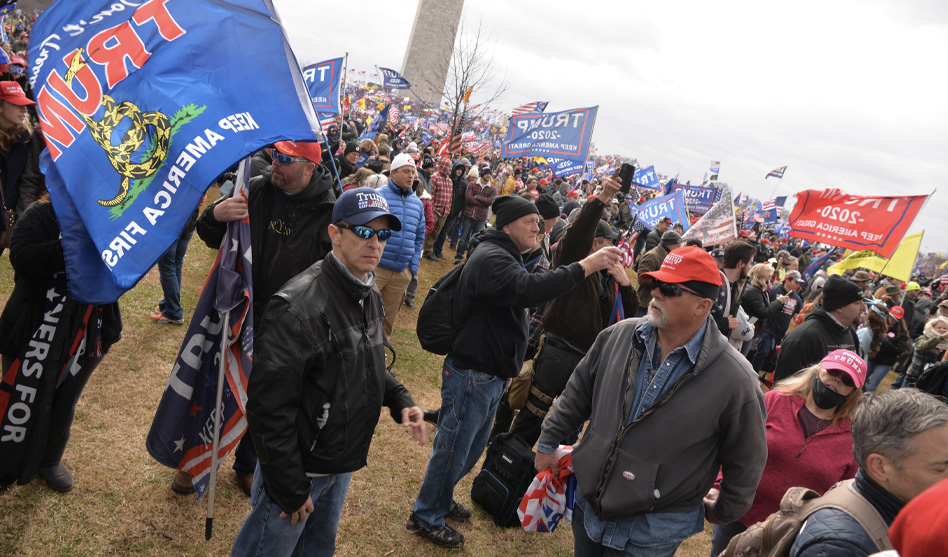 Trump spoke to his supporters at a rally before the attack on the Capitol. (Washington Blade photo by Michael Key)

The siege began shortly after President Trump spoke to his supporters who gathered on the Ellipse for the “Save America Rally.”

Chanting “Fight for Donald Trump” and “Stop the steal,” thousands of Trump supporters flooded the Ellipse before storming the Capitol as Trump continued to falsely claim the election was “rigged” by “radical Democrats” and the “fake news media.” Most rally participants did not wear masks or practice social distancing to protect themselves from the coronavirus pandemic.

Some rally participants arrived at the Ellipse as early as 3 a.m. to hear speeches from Trump, Donald Trump Jr. and Rudy Giuliani before they marched to the Capitol.

Donald Trump Jr. complained his personal Instagram account was “being censored to hell right now,” and added transgender women have a competitive advantage in all-female sports, referencing the transphobic Tennessee bill proposed in January 2020 that aimed to regulate which teams trans student athletes could play on.

The bill is no longer on the state’s House of Representatives’ docket.

“Who could have seen that coming,” said Donald Trump Jr.

“I’m glad we spent probably millions figuring that out. Just like I’m thrilled that we spent 10 million to Pakistan on gender studies — because I’m sure they care,” he added in reference to the civilian aid package passed as a part of the massive coronavirus relief bill.

Phyllis Schlafly Eagles, an anti-LGBTQ group, was one of the rally’s sponsors. It has a history of publishing transphobic columns on trans women being a “threat to women’s sports.”

“These people who are marching embrace fascist, racist, homophobic philosophies that are a danger to many people who live in this country,” Center for Black Equality President Earl Fowlkes told the Blade.

“This is too dangerous; this is a wild card,” said Fowlkes. “We just want to get through these next few weeks, the next two weeks before the inauguration, and put this all behind us as much as possible.”

Fowlkes said the 2020 election was “one of the fairest elections we’ve ever had in this country in my lifetime.”

Ricky Rebel, a bisexual musician who originally turned heads at the 2019 Grammy Awards for walking the red carpet in MAGA gear, was one of the rally’s featured guests.

Rebel was supposed to speak at the Capitol, but plans changed once rioters breached the building. He said he “feels bad” about the situation but added that he “could understand why” it became so violent, referring to anger over unfounded election fraud claims.

Maddi Manshell, a community college student from South Carolina who drove with her family to attend the rally, agrees with Trump, Giuliani and others who continue to falsely claim there were mass amounts of voter fraud in the 2020 election.

“In each of the states, there were problems,” she said.

Bowser: Trump ‘must be held accountable’

“The violence and destruction taking place at the U.S. Capitol must stop and it must stop now,” tweeted Vice President Pence, who was in the Capitol when the siege began. “Anyone involved must respect law enforcement officers and immediately leave the building.”

“Peaceful protest is the right of every American but this attack on our Capitol will not be tolerated and those involved and will be prosecuted to the fullest extent of the law,” he added.

Biden described the siege as “an assault on our democracy” as he addressed reporters in Wilmington, Del. Biden said the situation must “end now” and urged Trump to go on national television to address what he described as an insurrection.

“I call on President Trump to go on national television now to fulfill his oath and defend the constitution and demand an end to this siege.” Biden said.

Bowser in a later press briefing said Trump “must be held accountable.”

“All Americans should be outraged by this attack on our Capitol,” said Maryland Gov. Larry Hogan, a Republican. “This is a heinous and violent assault on the heart of our democracy. I will not stand for this, and neither should any American.”

Rea Carey, executive director of the National LGBTQ Task Force, is among those who have joined the growing calls for Trump’s removal from office under the 25th Amendment. “Donald Trump has been, continues to be, and will remain a threat to democracy, the U.S. Constitution, and human life every day he remains in office,” said Carey in a statement. “While his attempted coup has failed, he and his supporters are a threat to democracy and will be as long as he is in power.

Brody Levesque contributed to this article.