REVIEW: ‘Selena the Series’ an inspirational treat for fans 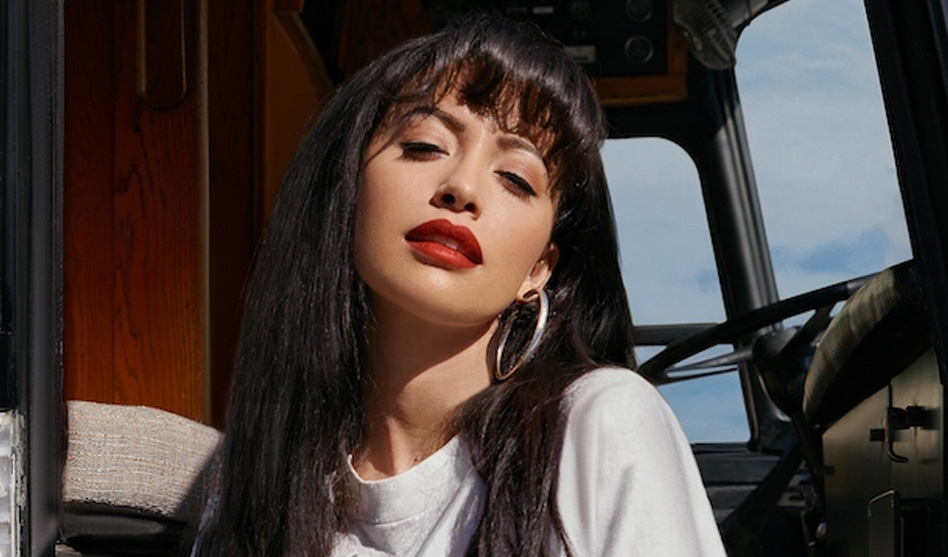 Christian Serratos as Selena in “Selena The Series” on Netflix

Selena Quintanilla-Perez: As a 5-year-old gay boy, seeing her glisten and gleam across the screen, I was entranced. When I was a baby and I was crying, the only thing my mom could do to soothe me was to play her songs.

Growing up, I wanted to be her; I still do. Her presence exuded joy and love. Her beauty was unmatched, and she had a style so effortless and glamorous that Liz Taylor could hardly hold a candle to her — well, maybe a tea light candle.

So I became obsessed — dialing up just to look at pictures of her in different outfits, watching old performances and interviews, anything I could find. I became an expert on all things Selena, reprimanding my friends when they’d say something inaccurate about her or sing a lyric incorrectly. She was all I listened to up until I was about 12. My parents suffered the most, constantly hearing her tunes and having me make them sit through me performing “Selena concerts.”

So naturally, when I heard about Selena the Series on Netflix, I was “muy excited.” I was also skeptical and had heard a lot of criticism from fellow fans about the casting of Christian Serratos, who is an exceptional actor, in the title role.

After watching the series all the way through and crying in the first episode, not only do I think Serratos was perfect for the role, I give this series ⭐⭐⭐⭐. And I’ll tell you why.

I think the criticism of Selena the Series mostly comes down to the writing, and people just don’t realize it. When I looked up the writers, they seemed to be all Hispanic — writers who more than likely hold a special place in their hearts for Selena or at least like her music.

In writing, we have mood — the way a writer conveys subject matter in dialogue or narration. Then behind that we have tone — the way the writer feels based on the mood and the words used. Selena’s character, along with the rest of the cast, comes off as maybe a tad bit too melodramatic and a little cheesy. Think about that though: A writer is an artist, and when literally creating dialogue and premise for someone they care for, it’s going to come out passionate and emotional and vulnerable. And Serratos absorbs and conveys this very clearly.

That’s special. That’s good writing. When the writer’s tone comes through crystal clear in an actor’s performance, that’s a success.

As a writer myself, I would have considered it an absolute dream to write for this series. But I also could not imagine writing for this series based on the sheer amount of emotions I’d have to process as a lifelong Selena fan.

I also think most Selena fans have this fixation with an accurate appearance, which is unbelievably absurd. No one is ever going to look like Selena. The family went through this backlash with JLo when the movie came out, and it’s very disrespectful.

Serratos also portrays Selena in a softer, more sweet version than did Jenny From The Block, which makes the series more inviting for the audience. When Serratos performs, her movements and habits are very accurate. She obviously watched and studied all the videos I watched of Selena live.

Serratos has an authentic accent, too.

The fact that writers focused on giving her family and bandmates more substance rather than focusing solely on Selena is a good thing. Selena’s success was a collaboration between many people that she cared about. Anyone bitter about Selena’s screen time needs to think about that. And focusing on her younger years gives us a better look into Selena as a person, which I think was the family’s goal and is a wonderful gift to the fans. They didn’t have to do any of this.

There are a lot of little details that are accurate as well — like how she got her name; Chris leaving Shelly Lares, who was very talented in her own right, for Selena Y Los Dinos; Abraham literally building a trailer by hand. This is all very valuable content and should not be taken for granted.

The series also portrays an accurate sense of the Mexican-American community in Texas, which I appreciate. They didn’t do any of the stereotypical crap other shows do with Hispanic people, like overly-emphasizing Spanish words or accents. I think it’s one of the most accurate representations of Chicanos I’ve ever seen.

The cinematography is excellent, and I don’t recall any moments of bad acting or editing. This was truly a talented cast, and overall, this series is simply inspirational. As a Mexican growing up in Texas, it gives me a sense of hope that I can make my dreams come true. There’s not much like that out there for us.

Still, the series did end on a negative scene, which I think was a poor choice and definitely left a bad taste in my mouth. Especially considering the drama and legal battles between Abraham and Chris Perez, I think it was in bad form. Chris was not even allowed to be a part of the making of the series, which I feel like was a slap in the face to not only him but Selena as well. He was her husband, and they should have given him the respect of having input.

The downfalls of this series come down to Abraham Quintanilla’s choice to exclude Chris and the writing having tiny moments of sitcom-style scenes. Also, during the scene where Selena and Pete Astudillo sing “Ámame, Quiéreme” in Houston, her hair was definitely short and black by then, and I think that would’ve looked better with those black and white outfits.

But the writing overall is absolutely magnificent, and so is the series. It takes me back to that feeling when I was little of being happy and special. I feel seen when I watch this series, and I feel more represented as a Mexican-American than ever have, honestly.

This series will be an inspiration to young Chicanos for generations to come, just like the movie was, and I can’t wait for more.