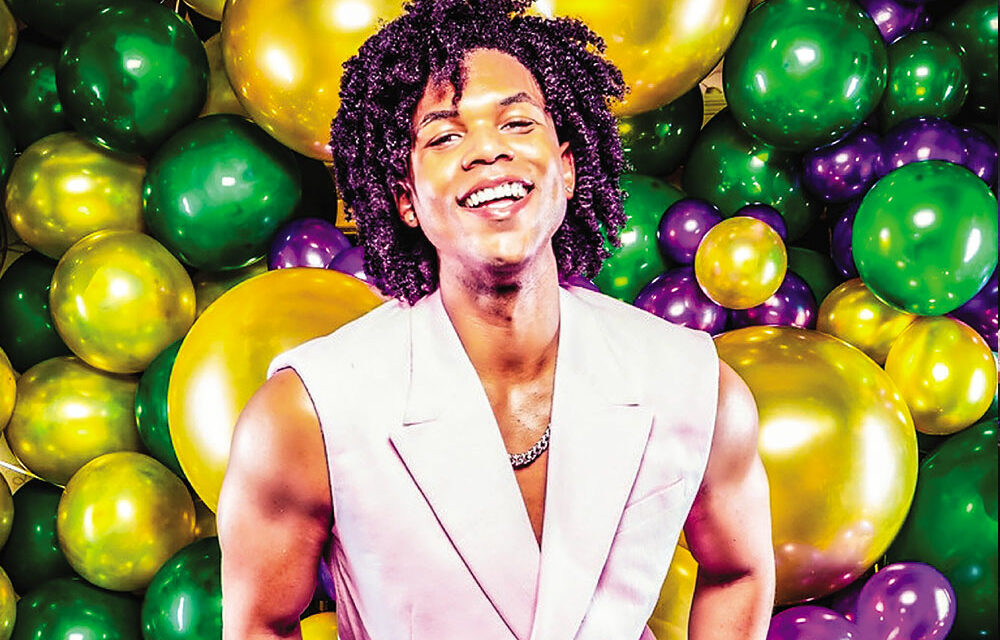 When a lifelong dream begins at 8 years old, there is a lot to be done to carve out that path into the future — not to mention all that growing up to do. Christin Byrdsong saw his dream born when he saw The Lion King musical at age 8. And from that moment on, he knew something for sure: “I wanted to be a part of that someday.”

The actor/singer was speaking by phone from Chicago where he is finishing up the run of The Lion King as the Simba understudy and swing. The show will make its way to Fort Worth’s Bass Hall to open on Wednesday and run through Jan. 29 as part of the Broadway at the Bass series presented by PNC.

So dreams that began in Los Angeles and were nurtured in Mesquite have come true.

“To be here and to be playing Simba when needed has really just blown my mind,” Byrdrsong said. “It’s all going really well, and I think we’ve sold out some shows already in Fort Worth.” 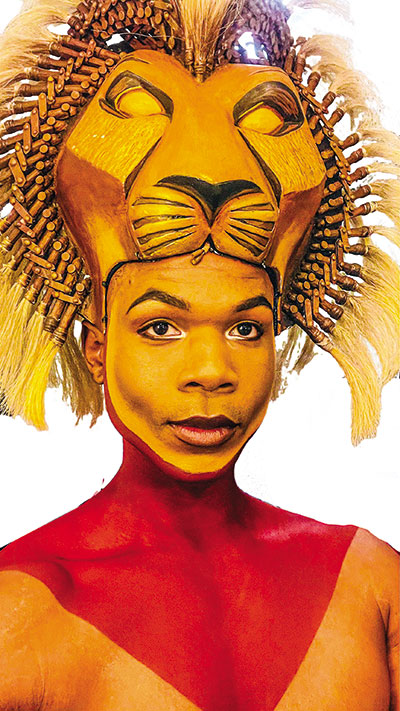 February will mark Byrdsong’s one-year anniversary with the show which has already made its own history. The world’s No. 1 musical just celebrated 20 years on the road, and it is the third-longest-running show on Broadway. The Lion King also won the Tony for best musical in 1998.

Outside those numbers, the show has had its magical effect on Byrdsong himself.

“The show reminds me that everyone is connected, and we all play our role,” he said. “We all have a responsibility to each other that’s sometimes looked over.”
Plus, Byrdsong said, he feels that excitement of people still returning to the theater after the pandemic shutdown. “Lion King really invites you in, and, after the pandemic, it’s like a call back to theater. It’s this opportunity to sit down as a community and take in this wonderful story.”

From a young boy dreaming big to being part of the Disney blockbuster musical practically reaffirms the show’s song “Circle of Life.”

At 31, the actor is a veteran of the entertainment business. He began performing at the age of 3 with commercials in L.A. But it was when he got to Horn High School in Mesquite that he found theater.

Byrdsong ended up in Mesquite when his mother remarried and the family relocated to Texas. It was a new chapter for him and his family, but at the same time, Texas was gonna be Texas.

“Growing up in Texas was very difficult as a Black queer young man,” he recalled. “I was bullied [in Mesquite where] people were telling me my sexuality when I wasn’t even thinking about it.”

Like many queer people, Byrdsong endured, and now he’s living the life he dreamed of as a boy. And that is more than a victory for any troubled youth, it’s a beacon for those with their own dreams.

“My intention in what I’m doing with my life is to hopefully inspire young Black queer youth,” he said, adding that he wants them to know that “Loving yourself in spite of everything around you is an act of bravery.”

Outside of theater, Byrdsong has been seen on television as part of the cast of HereTV’s drama Conframa about a gay Black couple who invite in a third. Then there is that scene with Eric Dane in HBO’s Euphoria. Look it up.

For now, though, it’s all “hakuna matata” as Byrdsong continues down the path that started at 8 while also helping others find their own path. Recently, he was named a diversity-equity-inclusion ambassador for the show where he now works to make sure everyone involved has an opportunity to be heard.

“Disney is a wonderful company to work for, and they take great care of us,” he said. “This is my legacy, too — to be an example of standing up and having perseverance.

“Not everyone has that desire or foundation to speak up, so it’s the responsibility of those of us who are comfortable to do so.”

For tickets and information, visit BassHall.com.