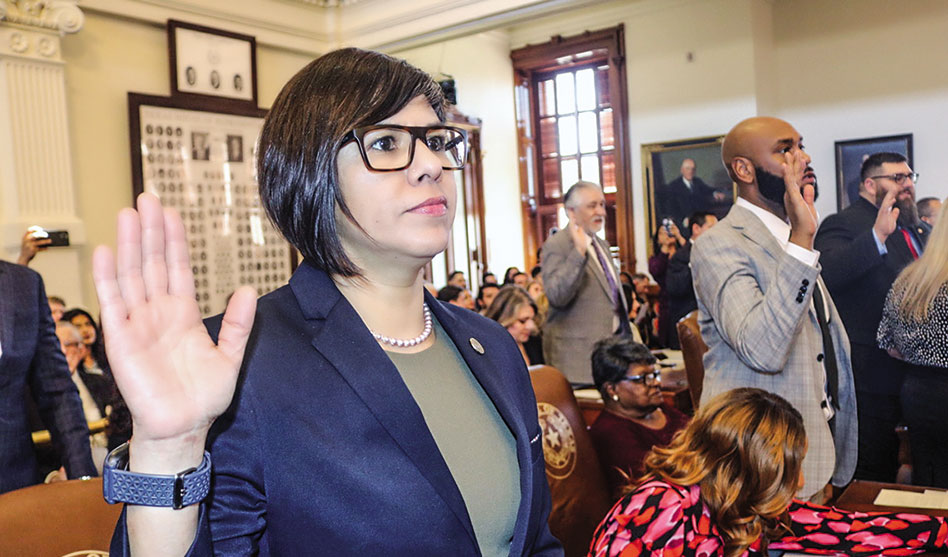 AUSTIN — Three LGBTQ legislators were sworn in for their first legislative session, and each expressed cautious optimism on their first day in office.

Rep. Jolanda Jones of Houston, who won a special election last spring, enters her first full session with the experience of delivering constituent services for the last six months and having had the time to prepare legislation she plans to file.

“I’m hoping to get things done,” she said. But, she added, “I know it’s very partisan.”

Jones said her experience as a trial lawyer will help because “I will say what others won’t,” and she always asks the right questions. 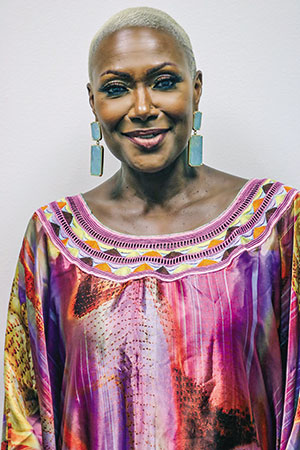 Jones has been described as extremely smart and relentless, yet she’s also utterly charming. She said she’s surrounded herself with a staff of diverse and experienced “young people who will work longer and harder.

“It’s sad,” she added, “that it took until 2022 to get the first Black LGBT person elected.” But she is proud to have been the first of three that will serve during this term.

As the first legislator who is out about his HIV-positive status, Jones said healthcare will always remain his top priority. “I’m looking forward to working with colleagues across the aisle to get these things done,” he said as he sat in his office that was crowded with well-wishers before the session began.

And if the session gets tough like the last one and any fight about healthcare comes down to denying trans kids the care they need? “So what’s another fight?” Jones said.

Rep. Julie Johnson, sworn in Tuesday for her third term, wasn’t as optimistic as the newcomers. “I’m very concerned about some of the more extreme Republicans’ desire to attack the LGBT community, exemplified by hired staff with an extreme anti-LGBT past,” she said.

Among those staff hires is Rep. Tony Tinderholt’s choice of Jake Neidert as legislative director. Neidert was known in college as a hard-right activist, and his sister is the organizer of protests at Dallas and Tarrant County-area drag events.

While a variety of anti-transgender legislation has already been filed, Johnson said she didn’t yet have a sense of which of the more than 30 bills already filed had any chance of getting committee hearings or making it to the House floor. 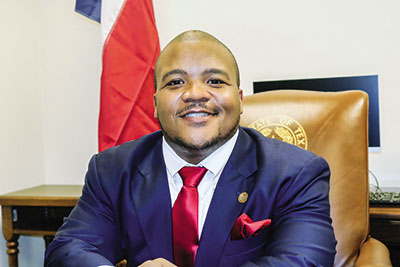 One weapon Johnson and other LGBT Caucus members have during this session is the addition of three members to their ranks. “There’s strength in numbers,” Johnson said. “I’m excited to have Venton Jones as part of the caucus,” she said, and welcomed “the authenticity of his experience to the fight.”

Johnson commented on the hypocrisy of extreme right-wing legislators promoting an anti-transgender agenda for “perceived political gain.” She was referring to bills that criminalize parents who seek medical care for their trans children. “How can you be a parent advocate and then not let parents make decisions about their kids?” she asked.

Rep. Mary Gonzalez of El Paso, who was sworn in this week for her sixth term, previously served as vice chair of the appropriations committee. Her approach is to “make sure we attend to things we’ve ignored.” On her list is public education and the foster care system.

Rep. Jessica Gonzalez of Dallas, also starting her third term, said she expects a brutal session. She’s also sticking to her areas of expertise — election bills, criminal justice and affordable housing. But she has also filed an omnibus LGBTQ nondiscrimination bill. She said she plans to be more proactive on that bill than she was last session and hopes it will get a hearing in committee this time around.

Gonzalez’s seatmate on the floor of the House is new LGBT Caucus member Christian Manuel of Beaumont. His office said they are putting together his legislative agenda and will announce it soon.

Rep. Ann Johnson of Houston, returning for her second term, filed a bill to add six more courts in Harris County to alleviate a backlog of cases. Her office said the bill was killed in committee last session so the Republicans could point to a failed judicial system in the state’s largest county and point fingers at the Democrats who run the county. 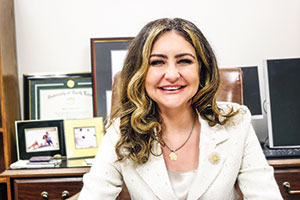 Rep. Erin Zwiener of Hays County, just south of Austin, filed a bill “to decriminalize pregnancy outcomes.” Women who have experienced miscarriages have been denied medically-necessary care, with some medical facilities questioning whether the loss of pregnancy was self-induced.
She also filed a bill to update and repeal unlawful statutes relating to same-sex relationships.

One other freshman weighed in on her optimism going into the 88th Legislature: “I am really optimistic,” Mihaela Plesa said. “I have 30 billion reasons. We need to get relief to families.”

The 30 billion referred to the state’s budget surplus.

Plesa is the only freshman who flipped a seat from Republican to Democratic in the November election. Her Collin County district includes parts of far north Dallas, Richardson, Plano and Allen.

She said she plans to work across the aisle to get property tax relief and is filing a bill to benefit the national guard working along the border who are “overlooked and overworked.” Other border solutions she offering include a guest worker program that she hopes Republicans will support.

She said she believes most Republicans are looking for solutions because “People are tired of partisan politics.”

Plesa has also filed a bill to increase the number of cannabis licenses in the state and another addressing pet policies at county and municipal housing authorities. And she’s looking forward to doing her part to help derail the spate of anti-transgender legislation with which some members are flooding the House.

While experienced legislators weren’t as optimistic going to the session as freshmen, no one predicted another walkout as happened during the 87th Legislature.