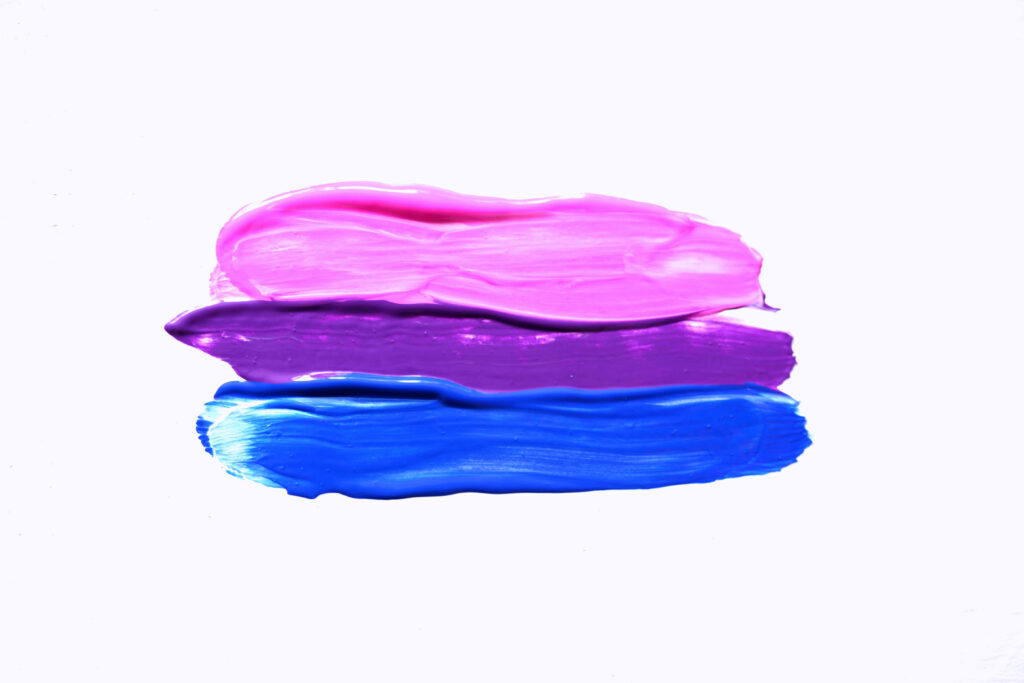 The colors of bi-Pride. The bisexual flag was created in 1998 by Michael Page. (Courtesy art)

As Bisexual Awareness Week continues, Thursday’s date highlights bisexual orientation as well as all the challenges posed by biphobia and bisexual erasure. Bi Visibililaty Day also celebrates those organizations and institutions around the world that support visibility and equality. The Sept. 23 date was first marked in 1999.

Jen Yockney MBE, of the he international listings site BiVisibilityDay.com, said in a media release, “We saw events in more than 30 countries around the world in both 2018 and 2019. Bi Visibility Day, like bisexual visibility…keeps growing and growing.”

Bisexual Awareness Week kicked off on Sept. 16 and culminates with Bi Visibility Day on Friday.

“Where lesbians and gay men have one closet to escape, many bi people find that leaving one closet just leads to being put in another. Greater bisexual visibility is the best solution to that problem, helping more bis find a space where they are neither in the ‘straight closet’ nor the gay one,” Yockney mentioned.

Each year, the website posts information about Bi Visibility Day events around the world. None in its current listings to date have any Texas events that have been submitted. However, to submit an event for listing, click here.

There will be a worldwide Facebook event on Friday celebrating bi-visibility and Pride hosted by Bi Visibility Day.

From the event page: