This is NOT a ‘tragedy’

People gather around a memorial Sunday, Nov. 20, 2022, for the victims of Saturday’s fatal shooting at Club Q in Colorado Springs, Colo. (Christian Murdock/The Gazette via AP) 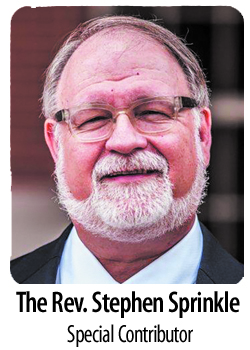 The murderous attack on the patrons of Club Q in Colorado Springs, Colorado over the weekend is far more ominous and deadly than mainstream media can acknowledge in their coverage.

Let’s be clear about this: The majority community speaks of this attack as a “tragedy” and attaches all sorts of modifiers to it — ”sad,” “terrible,” “uncalled for.” But the reality of anti-LGBTQIA+ hate crimes like this is far more horrible than any mere “tragedy.”

The truth is, this is an outrage against all Americans, a crime against humanity with the gravity of a war crime — a full blown expression of egged-on hatred that must be denounced!

It is NOT a “tragedy.” Tragedies exist in literature and on the stage. A tragedy leads to a “catharsis,” a purging of emotion that salves the conscience and lifts the burden of guilt and shame from an audience.

This is bloody-minded hatred and an outrage against justice targeting real, flesh-and-blood people.

Instead of causing the merchants of death-speech to reflect on the effects of their reckless language — calling drag performers “groomers,” and the LGBTQIA+ community “pedophiles,” — and then reining in their incitement to violence, the entrepreneurs of bigotry are doubling down on their nonsense, threatening escalating attacks on our communities and allies.

Social media has not done anything sufficient to throttle back the virus of online hate speech. Political careerists and cynical hate organizations see this moment as a chance to cash in on the ugly underbelly of American loathing. Millions of dollars are being made by nailing queer scapegoats to the cross of twisted religion and white supremacy.

Like Pontius Pilate, Gov. Abbott, Sen. Cruz, and their cronies are just as culpable as Gov. DeSantis, Lauren Boebert, Marjorie Taylor Greene and two-time loser Donald Trump. They want to wash their hands clean of the blood their hate-filled rhetoric sheds, but their hands still bear the stain of guilt no matter how hard they scrub.

Reckless language sanctions more attacks. There is no catharsis for the dead on the dance floor and the wounded in intensive care beds in Colorado Springs, any more than there has been for the victims of the Orlando Pulse Night Club Massacre, or, nearer to home for us, the epidemic of deadly attacks on transwomen of color in Texas.

Many of us may be tired of calling out wave after wave of malefactors who target the Rainbow Community with their baseless charges and fear mongering. I get it. But we cannot afford the luxury of sitting this moment of outrage out. Where is OUR passion? Where is OUR resolve? If we do not demand justice for our community, and learn how to speak out truthfully about the consequences of tepid “hopes and prayers” language from the American public, how can we expect others to join us to change it?

People’s lives depend on it. Perhaps even our own.

Clean up the language that lets lawmakers and civic leaders off the hook! Words are the way the monsters of hate are let loose, and words DO hurt us! Changing language changes minds and hearts.

Let newscasters hear from us that calling death and dismemberment on our dance floors “tragedies” just won’t cut it any more. Call out the link between hate speech and anti-LGBTQIA+ terrorism in every news cycle.

Lives have been brutally snuffed out. A whole community has been besieged by right-wing deadly intent. The people targeted by this monstrous act of violence deserve more than sympathy.

This is an outrage that demands redress.

Stephen V. Sprinkle is emeritus professor of Practical Theology, Brite Divinity School, Fort Worth, and theologian-in-residence at The Episcopal Church of St. Thomas the Apostle, Dallas.