Are you smarter than a second grader? 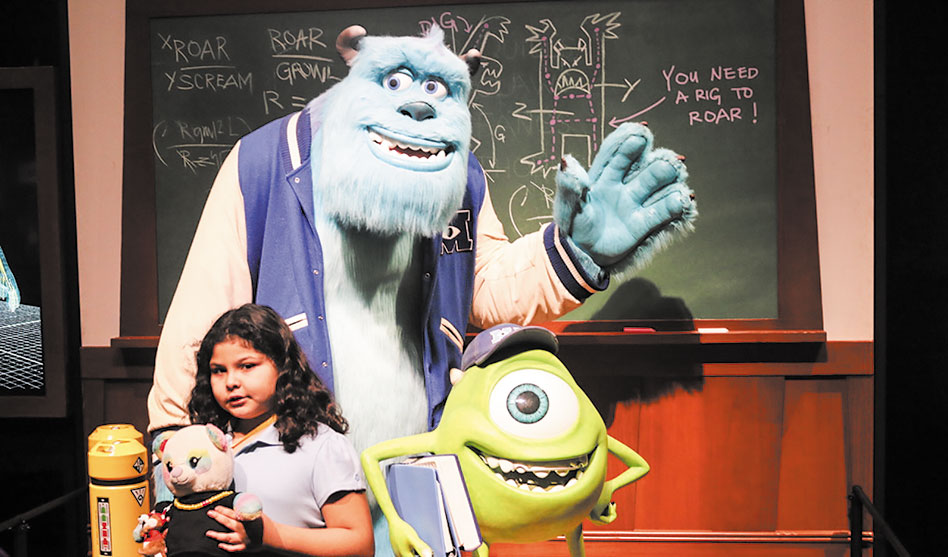 “I wish I could be an animator,” second-grade student Arturo said to me at the press preview of the Perot Museum’s new exhibit, The Science Behind Pixar.

“You can,” I told him, and his eyes widened, and we continued to play. Mostly, he showed me how some of the exhibits worked.

The museum opened the Pixar exhibit last week with one of the oddest — and most fun — press previews ever. Along with cameras from area TV stations and wandering reporters with note pads were the second graders from nearby Uplift Luna Preparatory School. Having second graders there demonstrated how this exhibit works on two levels. 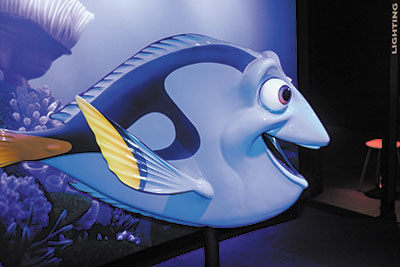 On the one hand, there are more than 50 interactive exhibits. For some of them, it took second graders to show the adults how things worked.
On the other hand, I learned, “Computer animators pose characters at key frames and use mathematical curves to adjust the transitions between them,” and “Rendering is the process of determining the color of each pixel in an image.”

OK, so the kids had the right idea. Even museum CEO Linda Silver admitted she spent more than half an hour playing on just one of the museum’s new toys — I mean, interactive exhibits.

The exhibit breaks down computer animation into its individual pieces — modeling, rigging, surfaces, sets and cameras, animation, simulation, lighting and rendering — to explain how Pixar’s movies are made and the science, technology, engineering and math needed to generate this type of film.

One lower-tech exhibit demonstrates how still pictures are turned into action. This one could be done by one person, but the process is better facilitated with two. The first person moves a lamp into different positions. The second snaps pics of the lamp moving. Then the individual pictures are played and you have a movie.

Other demonstrations allow you to manipulate facial expressions — Who knew eyebrows could do so many things and express so many different emotions? — while exhibits on lighting let you turn a scene from day to night and reveal the different shadows throughout the day. Still others change pixels a few at a time to alter the color of a balloon or the hue of a character.

But computers don’t create the characters or scripts. A good dose of artistic imagination goes into every successful Pixar film. Clay models of the characters are created before they’re scanned into a computer. And great writers came up with the stories that computer animation translates onto film — or digital computer thingies that still confuse me.

But this show at the Perot is both fun and fascinating. You don’t have to bring along a seven-year-old to enjoy it, but having one with you sure helps.

I hope my second-grade friend Arturo gets to visit the museum again during the exhibit’s almost year-long stay, because, yes, he really can become an animator — or pixel adjuster, or modeler, or lighting manipulator or mathematician or engineer who makes the magic happen.

The Science Behind Pixar is on exhibit through Labor Day 2023 at The Perot Museum, 2201 N. Field St. through Labor Day. Tickets at PerotMuseum.org. $25 general admission. $12 adults/$10 children for the Pixar exhibit.