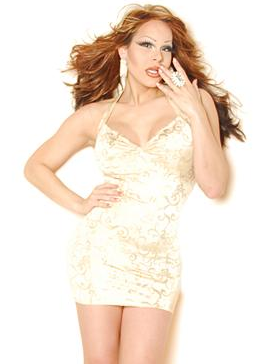 Last year, Laura Garrison made us clutch our pearls when she caused a stir regarding a pillar of the holiday season. The Stoneleigh P general manager opted to keep “All I Want for Christmas is You” to a minimum by banning Mariah Carey’s iconic Christmas song from its playlist before Dec. 1 and then limited it to one play a night through the entire month. The whole thing even got the queen’s attention.

This year, Garrison plays a whole new card on Dec. 1 with a Mariah-themed Christmas party.

“I didn’t expect to go viral last year,” Garrison said in a press release. “The funny thing is that this year you can’t request the song even if you wanted it because of the lawsuit against it. We’re excited to kick of the real real Christmas season on December first. The song will play once and you won’t want to miss it.”

That lawsuit was recently dropped.

But that won’t stop the party.

The Stoneleigh P’s All I Want for Christmas is the P will feature Mariah-themede festivities including drinks, music and a performance by Mariah Carey impersonator Kandy Cane. So you can still your Mariah on at the P on Dec. 1 from 7-10 p.m.