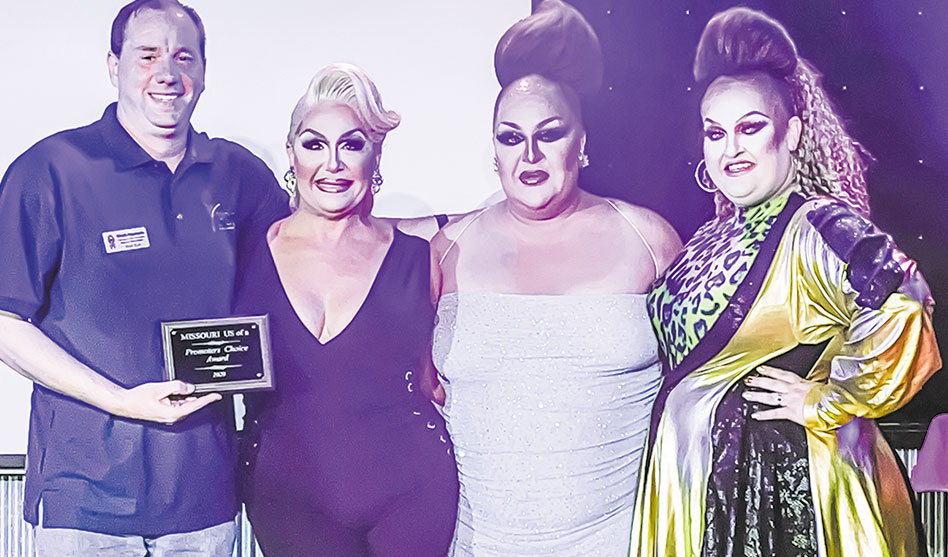 The Miss Gay USofA pageant has been around since 1979 (although up until 1995 it was known as Miss Gay USA), and since 1985, the pageant system had been owned by Houstonian Jerry Bird and his sister, Miss Linda. That all changed beginning in late August, when a string of unexpected deaths began that have left the Gay USofA pageant system, in the words of then-executive vice president Scott Burk, devastated and shaken.

Burk, who has since assumed ownership with the company along with Joe Hoselton, aka Jenna Skyy, who was also an executive vice president under Jerry and Miss Linda, explained: “We lost Linda first, and [pageant promoter] Craig 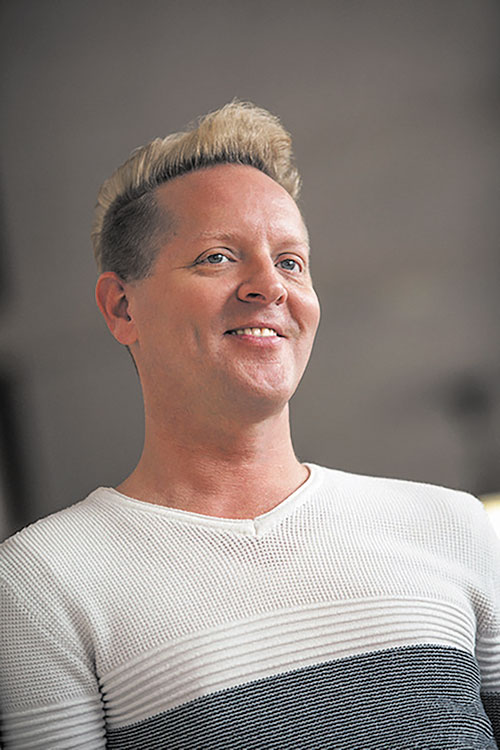 Henderson a week later. Then we lost Jerry the next day after Craig, and a week after Jerry, [former Miss Gay USofA Classic titleholder] Tina Devore.”

“He held the majority of the state [USofA] contests in Texas,” Burk said,. “He had been doing that for at least 30 years.”

And, they both said, he was one of Jerry Bird’s closest friends. 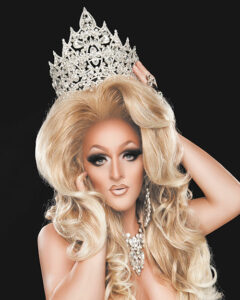 “Not of it was expected,” he added. “None of it was anticipated. It just shocked us to the core to lose so many and so quickly in succession that way.”

But the Gay USofA pageant system is a business, and the business had to keep going, despite the shock and the grief.

Burk said he first became in the Gay USofA system in 1997 in Springfield, Mo., where he lived at the time, helping out backstage and in the dressing room. About 2000, he said, he moved to Dallas, home of the annual Miss Gay USofA pageant, and became more involved by starting judging at some of the pageants. Then in 2009. Jerry Bird added him to the company’s national staff, starting him out as the system’s national webmaster and adding some administrative duties. In 2016, Burk was named executive vice president.

Hoselton said his first connection with the Gay USofA system came in 2006. It was only his second year of doing drag, and he won a small pageant in the system. By the summer of 2015, “Jenna Skyy” was a seasoned and well-known drag performer. Joe/Jenna won the Miss Gay Dallas USofA title that summer, then followed by winning the Miss Gay Texas USofA. In May 2016, Jenna Skyy won the big crown: Miss Gay USofA. 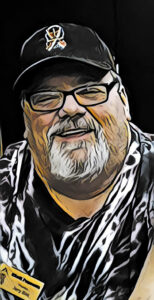 In 2018, Jerry Bird invited Hoselton to become the national pageant director for Miss Gay USofA and Miss Gay USofA Classic. Two years later, “Jerry asked me if I would be interested in a future with the company, and when I said yes, he asked me to be the second executive vice president.”

Hoselton said he was brought on board to work more directly on the operations side, while Burk is more involved with the administrative side. For an operation as large as the Gay USofA system, he added, it is vital to have leaders who come to the table with different perspectives.

“A lot of the pageants are single entities, like the Miss Gay America pageant. But we have nine different divisions in our system. We have competitions that represent everyone in the LGBTQ+ community; we are the largest pageant system in the country,” Hoselton said.

“Putting on the events is one thing, then there is the job of managing everything that goes on behind the scenes,” he added.

“From the outside, you just don’t see everything that goes. In the last three weeks, we have been stunned to realize just the number of phone calls that Jerry fielded — all these important things that we never had to deal with because Jerry handled them.”

Now Burk and Hoselton have to handle those things as well. But Jerry Bird already had a plan.

“Back in 2015, Jerry was in the hospital for a brief moment, and when he got out, he told me he wanted to re-organize the company,” Burk explained. “At that time, it was a sole proprietorship. We discussed what would be the best format to move to. Should it become a corporation or an LLC? 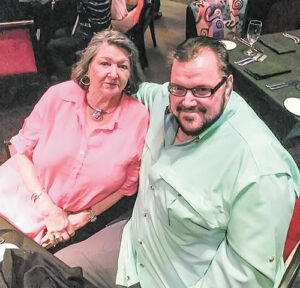 Craig and his mother Annette

“We decided to make it an LLC, a partnership, and we formed the LLC in Texas, then we made plans on what to do if something happened to someone in the company. So we have had everything in writing since 2016,” Burk said.

While Jerry and Miss Linda determined in 2016 that if something happened to them, ownership would pass to Burk, over the next three years and after many discussions, they decided to bring in Hoselton to be Burk’s business partner if and when the time came.

“We are co-owners of the company now,” Burk said of himself and Hoselton. “We haven’t actually settled on titles, but Jerry had clearly laid out what he wanted each of us to handle, and we are going to follow what he wanted. Be a national titleholder himself, Joe brings invaluable experience and knowledge on what a pageant needs to be, what people want to see. I handle the legal and business side of it all.”

Even as they are adjusting to their new roles as the owners of the Gay USofA system, Hoselton and Burk are also working through their grief over the loss of so many beloved friends in such a short time.

“I have zoomed in,” Hoselton said of how he is coping. “Asia O’Hara used that term with me. She called me when Jerry passed; she knows me well enough to know I was distraught over his death and Craig’s death. She told me not to zoom out and try and deal with everything all at once but to zoom in and stay focused on the things that are right in front of me. 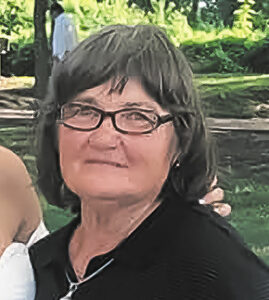 I’ve done that, and it has helped me so much, it’s let me process things,” he continued. “I have been able to cry and to grieve in the moments I needed to. It felt good to be able to let go and let my emotions out when I needed to.”

Hoselton added that he is grateful now to be able to think that and realize that in the last moments he had to spend with his friends and mentors, “I was able to tell them I loved them.”

Burk said he is moving ahead in a different way: “Joe and I are very similar in some ways, but we are very different as well. This is one of the ways we are different. I decided to focus on the business stuff in the moment. I haven’t had time to deal with [the grief] yet.”

For both men, there were some very immediate decisions that had to be made, and some big tasks coming up very quickly. 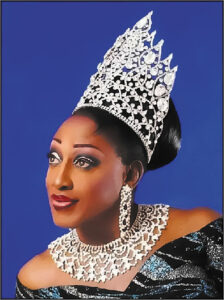 “That was our immediate concern: What are we going to do?” Burk said. “Do we postpone them? We talked at length and made the decision to produce them ourselves, to make sure Craig’s legacy and Jerry’s legacy are preserved.”

He noted that the Miss Gay Missouri USofA pageant was set for last weekend, and the Miss Gay Georgia USofA pageant is set for Oct. 10. Promoters for both of those pageants also made the decision to go ahead as scheduled. “No one wants to postpone anything,” Burk said. “We feel that going ahead is the best way to honor the legacies of those we have lost.”
Hoselton added, “We have been tapped to take on things far greater than either one of us. We have a legacy to keep going, a job to keep their memories alive. And that’s what we will do.”

For more information about the Gay USofA pageant system and to see a schedule of events, visit USofA.org.

Celebration of Life
The official Celebration of Life for Craig Henderson and Jerry Bird will be held Sunday, Oct. 3, from 3-6 p.m. in The Ballroom at Bayou Palace, 500 Texas Ave. in Houston. Everyone is welcome to attend; masks are required.

This will be a true celebration, honoring the way these two men lived.