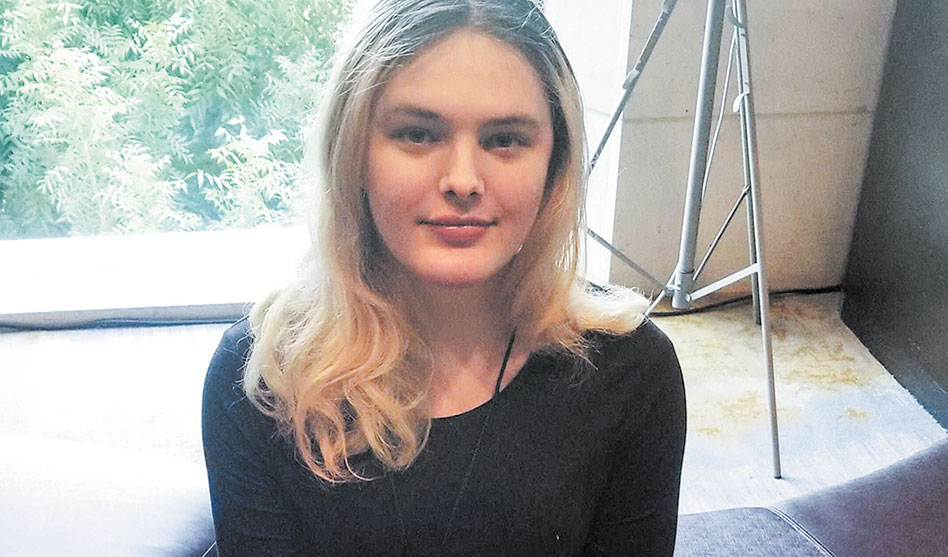 Naomi after the procedure

Naomi said when she heard she had been chosen for an aesthetic treatment by Dr. Justin Harper at the Aesthetic Next national conference at the Omni Hotel in Dallas last week, she felt like she had just won the lottery. Harper, CEO and medical director for Juvly Aesthetics, specializes in aesthetic treatment of male to female transgender women and is well known for the quality of his work.

Assisting him in the procedure at the conference was Physician’s Assistant Jessica Sarkis, who explained that, in general, men have a more squared, boxy jaw and chin, whereas women tend to have a more triangular-shaped face.

Hormone therapy, Sarkis said, contributes to facial structure for trans people. Surgery is another way to reshape the face.

Harper, she added, uses collagen injections into the face that works almost like a facelift.

The procedure is reversible and is non-surgical, and many trans people have come to Harper as a first step in their transition. For others who can’t have or don’t want other surgery, it’s a satisfying ultimate procedure.

Naomi, 20, lives in Dallas with her boyfriend, Sam. She said she always knew she was transgender but began to really understand what that meant when she was 13.

“My parents were transphobic,” she said, and, at the age of 18, they kicked her out of the house. As awful as that sounds, Naomi added, “I’m infinitely better outside that house.”

She moved to Dallas from Houston to go to school, but money quickly became an issue. That’s when she moved in with Sam. They hadn’t been dating very long at the time, but Sam said it’s worked out well.

Naomi said she hasn’t had much contact with her parents in the last two years, but she does keep in touch with her siblings, including her youngest who, at 14, is questioning their gender as well.

Naomi said when she gets her name changed, she plans to change both her first and last names; she doesn’t want to keep a name that links her to the parents who rejected her. 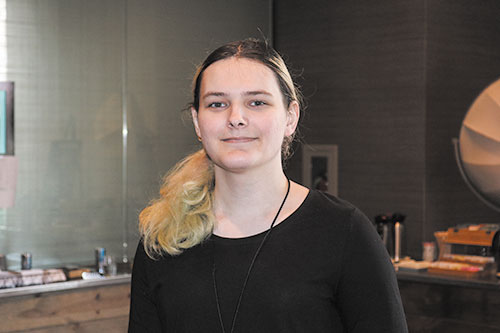 Naomi before the procedure

Living through the COVID pandemic for the last year-and-a-half-plus has been trying for most. People, but, Naomi said, in some ways it has been good for her. “I had more time to understand who I am,” she explained. “Most trans people who are out are pretty happy about themselves.”

Naomi said she grew up in a family where “gay” was synonymous with “pedophile.” But she knew that wasn’t true when a friend of hers came out. Now she describes her sexual orientation as pansexual, which she describes as having an attraction to people despite their gender. For her, she said, “It’s healthy to have a defined sexuality that has an undefined meaning.”

Sam, who is still in school and also works, said Naomi’s interactions with her parents remain problematic; on her last visit to her parents, he said, they made her get a haircut. But, he added, the last year has been good for his and Naomi’s relationship. “I’ve gotten to see her grow into the woman she wants to be,” he said.

Baker referred her to the publicist for the aesthetics conference, which led to Naomi being selected for the procedure.

“I like the level of invasiveness,” Naomi said, adding that she expected the procedure to let her look the way she imagines she looks.

Harper said while some of his patients come to him with extreme goals, his job is to make them look good. He begins by asking questions, then listens “but doesn’t hear very well.” By that he means he interprets and listens for the meaning. Does the person want to look younger, be less saggy or become more attractive? 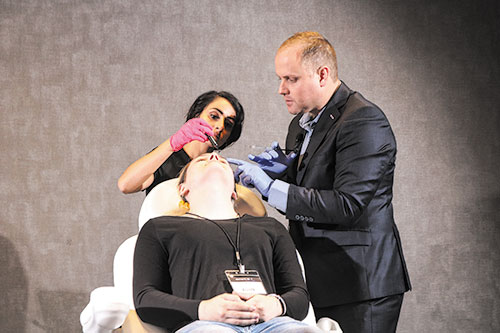 Naomi was a good candidate because she wasn’t very specific about what she wanted done, Harper said. She just wanted to put herself into the doctor’s hands and follow his recommendations.

Harper performed the procedure on stage in front of the audience, explaining how the procedure works to the watching crowd. He said he works top to bottom, beginning with the forehead and eyebrows, then working down the cheeks and finally balancing the lips and chin.

In Naomi’s case, he began working at her temples, massaging in the injected collagen. He spent about two hours on the procedure, injecting anesthetic at the beginning so that, Naomi said, she remained “pretty comfortable” throughout.

“I was even laughing and telling my boyfriend jokes through ASL while I was up on stage,” Naomi said. “And the results are amazing!”

But would she still be happy with the results later on? A few days after the procedure, “I still feel like it’s a bit surreal,” Naomi said. “I am still taking it in.”