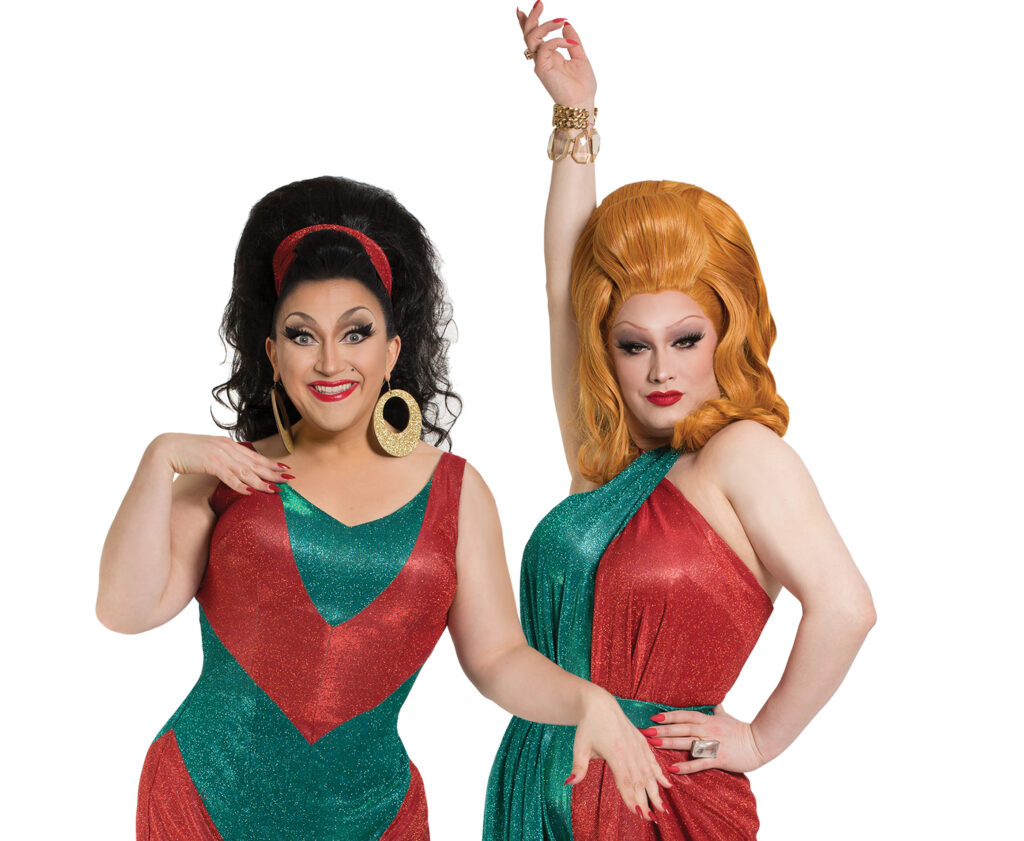 The queens BenDeLaCreme and Jinkx Monsoon are heading back to Texas with The Jinkx & DeLa Holiday Show which is produced by BenDeLaCreme Presents). The 22-city North American tour will run from Nov. 23 – Dec. 30 across the U.S. and Canada with a new show written by the two. The announcement came Friday with Texas dates included.

“The Jinkx and DeLa Holiday Show is joyous, hilarious, surrealist, communal, and heartwarming. Nothing makes me feel more connected to the good in the world than the seas of people we get to celebrate the season with night after night–laughing, cheering, and being in our feelings together. I’m so lucky to get to experience that each year, and I hope you all will experience it with us,” BenDelaCreme said in a press release.

Jinkx Monsoon (who’s currently slaying the competition on All Stars 7) mentioned, “The Jinkx an DeLa Holiday Show will take everything you expect from a drag queen variety show, and spin it on its side. It will test the limits of stupidity, while being unexpectedly deep and reflective. We strive for entertainment while always proving that the holidays are for you to celebrate however you want to.”

“I think it is important that the show is created by us, so it’s decidedly for us, and those like us. So often, queer and drag stories are written by outsiders, and lack an authenticity that queer audiences crave. Creating the show ourselves, from the ground up, ensures that that authenticity is infused in every aspect of the production,” Monsoon added.

For the past four years, Jinkx and DeLa have worked the hoiday season with their tours including To Jesus, Thanks for Everything in 2018, All I Want for Christmas Is Attention in 2019 and The Return of the Jinkx & DeLa Holiday Show, LIVE! in 2021.

The tour announced two Texas dates for December. The Jinkx and DeLa Holiday Show will head to Austin first at the Paramount Theatre on Dec. 11 andthen to Dallas at the Majestic on Dec. 12.