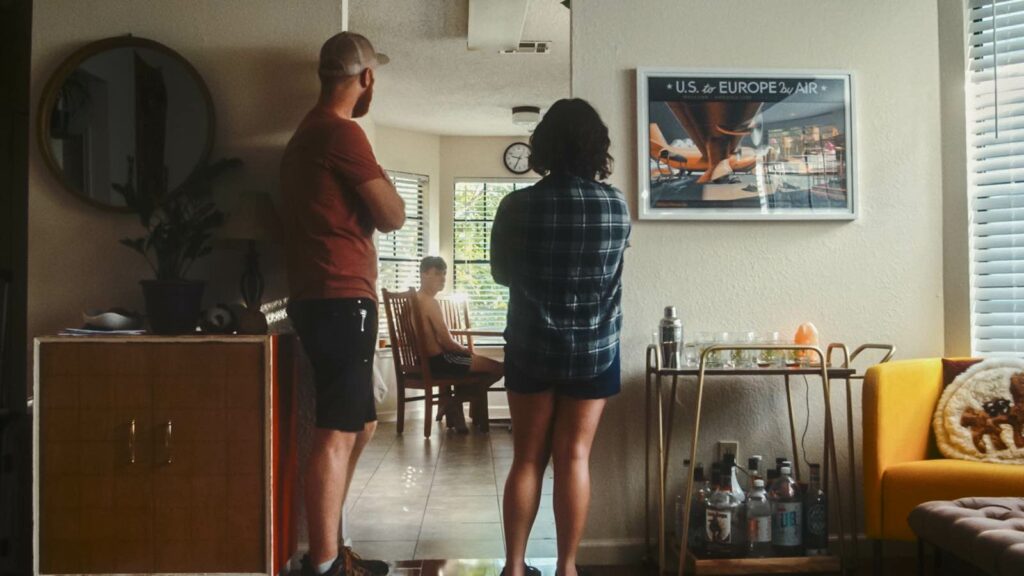 The Oak Cliff Film Festival opened Thursday with films screening throughout a variety of venues such as the Texas Theater, Wild Detectives and other locations. Among the movies is Three Headed Beast directed by Dallas native Fernando Andres and Tyler Rugh of Austin. After screenings and positive reviews at Tribeca and San Francisco Film Festivals, the queer-centric film will premiere in Dallas on Saturday.

The film summary describes Beast as a story about love, lust, and self-discovery as a non-traditional, long-term couple in Austin who have an open relationship learn how to communicate their desires in the scorching Texas heat which we for sure all know something about right now.

The film is also the only queer film in the festival’s Narrative Competition and according to its press kit, “one of the very few queer films to come out of the Texas independent scene.”

Co-director Andres is currently based in Austin. Prior to filmmaking, he covered the film and TV industry as a freelance writer. This is his directorial debut with Pugh.

Peter (Jacob Schatz) and Nina (Dani Hurtado) share an idyllic life together, exploring their sexuality together and apart, all while still feeling the heteronormative pressures of a lifestyle of homebuying and babies. However, Peter has begun a relationship with Alex (Cody Shook), a lonely young man who begins to discover he might need more than a little casual sex. As Peter relaxes into the new situation, Nina becomes uneasy with her lack of fulfillment and waning urge to explore elsewhere.

Three Headed Beast will screen at the Texas Theater at 6:30 p.m. Saturday. Watch the trailer below.