TBRU 25: The bears come to party 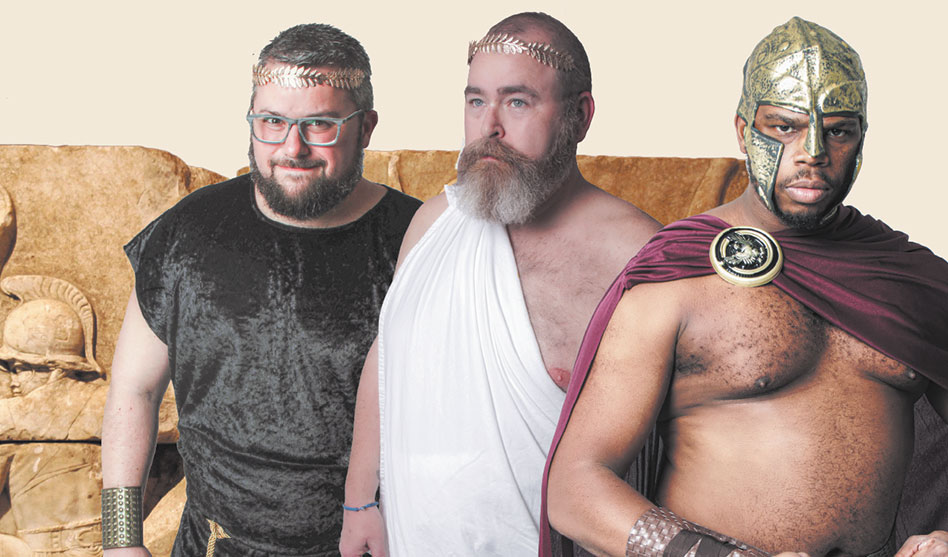 The Texas Bear Round Up celebrates its 25th anniversary this weekend, and organizers say they are throwing the best roundup weekend so far. From the Official Early-Bear Party held last Wednesday night at Dallas Eagle, through the special performance by Ginger Minj on Saturday night, all the way to the official after party, Double Trash Disco: TBRU Edition” on Sunday night, March 15 at Dallas Eagle — TBRU XXV: A Roman Holiday promises to be a party for the record books.

Members of Dallas Bears, founded around 1993, “saw these other bear clubs staging bear events,” so a few members decided to attend “the granddaddy of bear events,” the International Bear Rendezvous, according to current Dallas Bears President Wayne Davis. That visit prompted the Dallas Bears to start their own event. And in 1996, the Texas Bear Round Up was born.

“They expected maybe 100 people to show up that first year, including the members of the Dallas group,” Davis continued. “They ended up with nearly 300 people attending that first year.”

But TBRU isn’t just a party. It is and always has been “a party with a cause,” noted Dallas Bears charitable events director Randy Flores. “TBRU is not just a party and celebration of who we are. We also raise money for our charities.”

The first TBRU, which raised $7,000 for AIDS Services of Denton County, was about three times bigger than organizers expected, and in the 25 years since, it has grown into the largest bear event in North America.

And as attendance has grown, so have the Dallas Bears’ charitable donations. Last year, they donated a grand total of $78,754 to six different community organizations.

Davenport said, “TBRU is operated solely by volunteers. And all the money TBRU brings in goes back to charity once the bills are paid. Everyone who puts this on every year volunteers their time and efforts throughout the year. I think that it is one of the reasons TBRU is so successful.”

But what makes TBRU so popular and, as a result, so successful? Davis has an answer for that: “I think it’s our hospitality. That’s the basic word. We want to be as friendly as possible.”

That was true in the beginning, Davis said, and it is true now.

“When TBRU started, the stereotypical bear didn’t fit into the genome of the gay community,” Davis said. “We had different body types, and bear events were a place of acceptance. TBRU is that, too. People can come and relax and enjoy themselves and not have to deal with the stigma of body types or health issues.

“It’s a very welcoming and open atmosphere, more so maybe than some other events,” he said.

TBRU, Flores added, is “all inclusive; it’s not just for bears, but also for the people who love bears and want to be part of the community. We include all, and that shows in the event.”

TBRU, of course, is focused on gay men, and, Davis stressed, “we certainly welcome our trans brothers to participate. [Dallas Bears] membership voted on that, and we voted unanimously to always offer space and welcome [trans men] as members. I was very proud of our group for welcoming trans men unanimously that way.”

When in Rome …
Each year, Dallas Bears members suggest possible themes for the next TBRU, and for this year’s event, organizers settled on “ A Roman Holiday” as the theme.

“We want to make it fun for people, so we’ll be having toga parties and encouraging costumes — togas, gladiators, Roman soldiers,” Davis said.

Davenport noted, “A lot of people have hand made their costumes, I hear. I chat with people on social media, and a lot of them have been sending previews of their costumes. It’s going to be great.

Davis noted that bears and bear lovers from “almost all 50 states and 10 to 14 foreign countries” attend TBRU every year. Organizers had expected around 1,500 people to attend this year, which would be the largest attendance in the last three or so years. But, they noted, recent events surrounding COVID-19 — the coronavirus, which this week was declared a pandemic by the World Health Organization — could impact attendance.

Davenport said last week that concerns over the virus had already prompted “a couple” of the international guests to cancel their plans to attend. A ban on travel from Europe to the U.S., excluding the United Kingdom, could also affect numerous people’s travel plans.

Special guest for the event is Alyssa Edwards, the international drag superstar who calls Dallas home. DJs Tony Ruiz and Corey Craig provide the music on the main dance floor, while DJ Bird and DJ Decoding Jesus are spinning upstairs in the Retro Lounge. The Opposites Attract mixer will be going on from 8-10 p.m.
Tickets are available for $35, online at BearDance.org and TBRU.org, until 8 p.m. tonight. Tickets purchased in advance can be picked up at the BearDance table at the TBRU host hotel, Hyatt Regency Dallas. After 8 p.m., tickets are $40, available at the door.