Tasty Notes is a roundup of food and restaurant news including specials, local food news, dining events and more around the area. 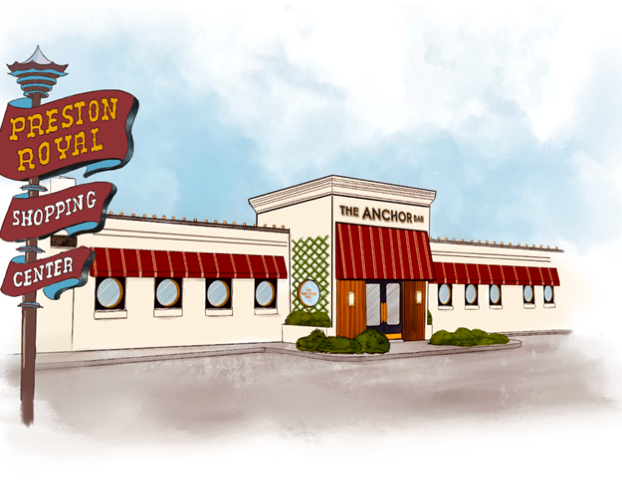 Concept art for The Anchor Bar.

Vandelay Hospitality Group, the company behind Hudson House, D.L. Mack’s and Drake’s Hollywood adds a new concept, The Anchor Bar, to its roster slated to open early next year. The Anchor Bar brings timeless American-styled approach to its brands in a sushi-forward, cocktail driven concept.

The Anchor Bar, a full-service restaurant and raw bar, is set to open on Knox Street in early 2023 with the second location set to open in Preston Hollow later that year.

The Anchor Bar’s first location is set to open in a 2,400 square foot space in the vibrant hub of Knox Street. The interior comes with a chic new look featuring bright walls textured with wood elements and suspended greenery surrounding 40 seats in the dining room, 30 seats on the patio and 14 seats at the bar. The nostalgic vibe Vandelay properties are known for is still intact with yacht-inspired decor elements such as portholes, mahogany paneled bars, caramel leather booths and brass accents throughout. The second location at Preston Hollow will encompass 6,082 square feet, allowing 159 seats in the dining room and 20 at the bar.

Menu starters include shareables such as Vandelay’s beloved Oyster Programme, while adding some inspiration from west coast cuisine, such as the Little Sesame Salad, with dressed kale and a peanut vinaigrette and the grilled California artichokes, sourced from farms in Sonoma County.

The Anchor Bar’s sushi menu, an all-new offering from Vandelay, features sushi favorites such as the Rainbow Roll, Spicy Tuna Roll, and Pressed Toro Roll. More unique sushi offerings include the Coconut Shrimp Roll and the Crispy Rice, a fried rice patty topped with your choice of spicy salmon, truffle tuna, or blue crab. For guests on the go, sushi orders will be packed in Vandelay’s own twist on the bento box.

Entrees include Vandelay’s famous cheeseburger and the Anchor Bar Filet, a center-cut tenderloin served with sesame salad, as well as seared diver scallops with a tarragon vinaigrette salad and roasted beets, and a miso-glazed Arctic char.

The Anchor Bar’s drink menu and wine list will feature an entire section devoted to the “World’s Coldest Martinis” with nine different takes on the classic cocktail including an Espresso Martini, a fusion of top-shelf vodka and almond espresso, and the Lemon Drop Martini, made with lemon vodka, lemon juice and fresh zest.

Bartenders are specially trained to shake until optimal frost temperature is reached before serving; if it doesn’t frost the glass, it doesn’t go out! Other cocktails include the famed Frozen Bellini (also served at sister concepts Hudson House and D.L. Mack’s), and the Lovers Mule, a mix of cucumber vodka, fresh lime and ginger beer.

Half Shells has been a mainstay in The Shops at Legacy in Plano for 20 years. While it will remain in the shopping center it will now be a few doors down from its original location. The neighborhood seafood joint is taking the place of the former Taco Diner. The new space is slightly larger and comes with a large patio. The restaurant is expected to open in its new digs for lunch on Wednesday, June 8.

“We are very excited about the new look and feel that we are rolling out at our new space. It’s brighter with more natural light and coastal colors, and the first thing that Customers will see as they walk in is a prominent oyster bar,” CEO and co-founder Bill Bayne said in a press release. “It will be a very welcoming neighborhood seafood joint.”

The restaurant’s décor is done in blues and greens, and there is an original seafood-inspired mural on the wall by local artist Nataliya Plambeck.

Half Shells will celebrate its move with live music by Burning Hour on today from 6-9 p.m. 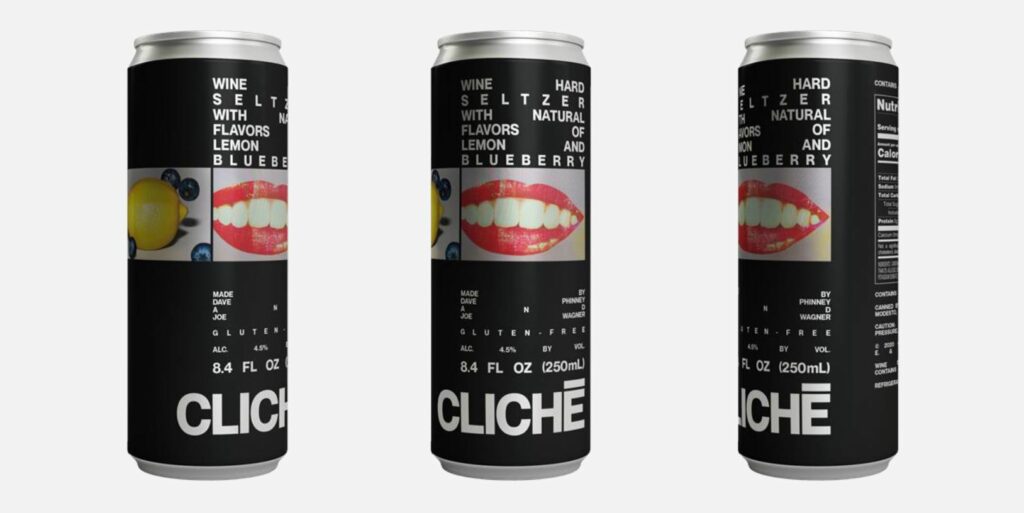 The new wine-based seltzer, Cliché, is entering the market and lucky for us, it’s being introduced first in Dallas, as well as Houston, and Austin – just in time for summer.

With Cliché, Phinney and Wagner set out to develop a better-tasting, luxury hard seltzer that pays homage to their grape growing heritage and winemaking expertise. They both also agree that the world doesn’t need another seltzer, so the two deem Cliché as the perfect anti-seltzer for all occasions, even those when you wouldn’t normally reach for a seltzer.

The drink can be purchased locally at Total Wine & More, HEB Central Market and Eatzi’s and is avaialble at select hotels, bars and restaurants.

Inspired by his father, Chef DeLeon has a passion for creating unique dishes and beverages by hand and incorporating authentic ingredients. This Father’s Day, take the dad in your life for next-level tacos at Mi Dia From Scratch in downtown Grapevine.

Celebrate dad this Father’s Day at this Frisco steakhouse. The restaurant is offering a special for dads on June 19 – $29 boneless ribeye. The steak is served with whipped potatoes, sugar snap peas, off-the-cob cream corn, ripe tomatoes and spring onions. The special is good for dine-in only at the restaurant. 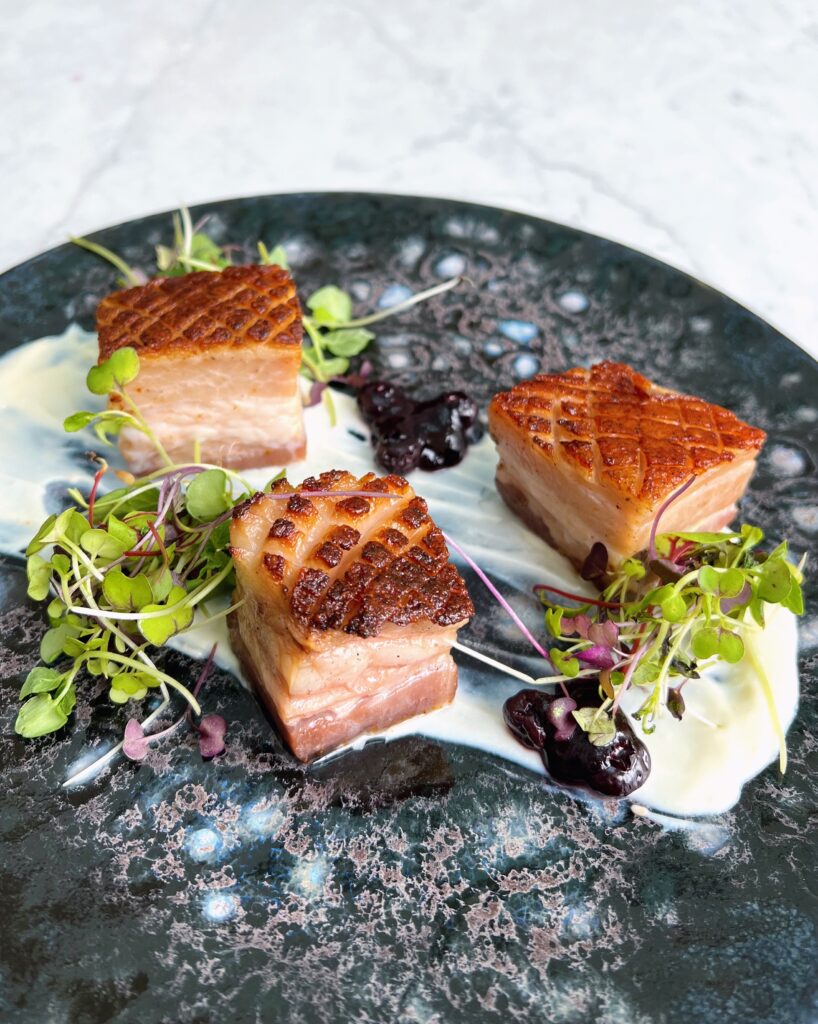 Mi Dia from Scratch’s Margarita of the Month

Taking full inspiration of the bright flavors of summer, Mi Dia From Scratch releases its margarita of the month for June. “My Texas Peach,” is a refreshing summer cocktail made with premium spirits and fresh garnishes. This margarita is made with fresh Texas yellow peaches, Socorro Blanco Tequila, Elderflower Liqueur, lime, and house agave nectar. The drink is available throughout the month.