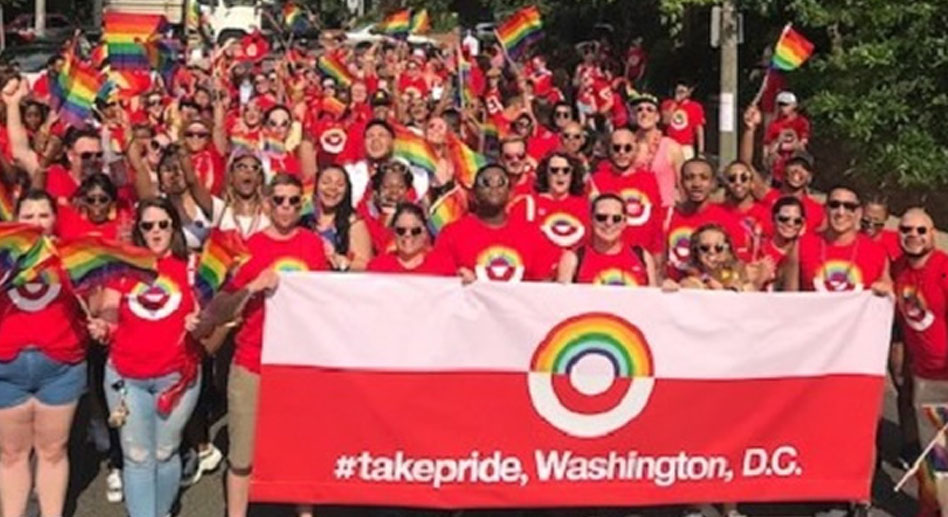 Fifty years after Stonewall, LGBT people who listen to a song, stream a series or read a book have more positive images to draw upon than ever before.

But where are our faces in the ads that sell us those things — or, for that matter, pretty much everything? Rarely seen is the same-sex couple sizing up choices at a car dealership, passing around a tube of toothpaste during their morning routine or sharing a smooch as anniversary rings are exchanged.

“There’s just a very small group of companies that make an effort to educate themselves and to progress… to show us as we are, or appeal directly to the LGBT consumer,” says Todd Evans of Rivendell Media.

As Rivendell’s president and CEO, it’s Evans’ job to place advertisements for the National LGBT Media Association. (Dallas Voice and Washington Blade are among its members.)

Absolut Vodka and Wells Fargo, Evans notes, are on the short list of high-profile corporations that market to the LGBT community with creative content depicting lives being lived in something other than heterosexual accordance.

Include Target on that list, says Evans, who points to the general merchandise retailer as an example of a company committed to LGBT-specific marketing and products.

“This is a group that has wanted to educate themselves,” says Evans, recalling, “Years ago, Target faced a boycott for [indirectly] donating to an anti-LGBT politician. They rose to the occasion by not only stopping that, but becoming LGBT-friendly.”

In July 2010, Target became a, well, target of backlash, after donating $150,000 to MN Forward, a group that proclaimed to function as a champion of Minnesota’s economy, but also funded campaign ads for Tom Emmer — the Republican candidate for governor who, The Minnesota Independent reported, “authored a constitutional amendment to prohibit same-sex marriage and civil unions” in 2007 while a member of the Minnesota House of Representatives.

As reported by Minnesota’s MPR News in an Aug. 20, 2010 article, Gregg Steinhafel, CEO of Target (whose headquarters is located in Minneapolis), apologized for the financial contribution — but only after, MPR noted, “Democrats, gay rights groups and others called for a boycott of the company.”

Steinhafel’s Aug. 5, 2010 letter to Target employees asserted the company’s commitment to “fostering an environment that supports and respects the rights and beliefs of all individuals,” and pledged to bring together “a group of companies and partner organizations for a dialogue focused on diversity and inclusion in the workplace, including GLBT issues.”

Making good on that diversity pledge, ironically, raised the hackles of the anti-LGBT American Family Association, which has been boycotting Target since April 2016 for, it alleges, endangering “women and children by allowing men to frequent women’s facilities” — a dog whistle reference to Target’s policy allowing transgender people to use changing rooms and bathrooms in accordance with their identity.

Whether the product of public embarrassment, genuine enlightenment or a little bit of both, Target, says Evans, “went from the verge of a boycott” during its MN Forward days “to really embracing their LGBT customers, and speaking directly to them.”

Target got its feet wet with 2012-2016 ads in Out magazine and The Advocate. Then in 2017, Evans said, the retailer “expanded those national buys to a number of local markets, including Dallas, New York City, Miami, Boston, Orlando, Salt Lake City and Denver. They also started carrying Pride merchandise every June, which shows they really educated themselves about the market and the best way to reach it.”

One series of ads featured individuals of, Evans notes, “every shape and color. It really speaks to Pride itself and being accepted. They even end it with the hashtag ‘takepride.’ I don’t think you can ask for anything better.”

Danielle Schumann, corporate public relations lead at Target, declined numerous requests for an interview, instead referring this reporter to links within the corporate.target.com destination.

Therein, Caroline Wagna, Target VP and chief culture, diversity & inclusion officer, proclaims, “In order to continue to be a place where people want to come and spend their money, we have to be connected to who our potential customers are across the board, and in order to stay relevant as a business, we have to be sure our guests are seeing experiences, products and services that reflect who they are.”

This year, corporate.target.com notes, Pride month was observed in the form of more than 90 Pride-themed items created by working “closely with Target’s Pride Business Council — an HQ-based team member resource group — to create an assortment that is inclusive.” Those items were made available in 350 of Target’s 1,868 U.S. stores.

A perfect score of 100 on the Human Rights Campaign’s 2019 Corporate Equality Index and “presenting partnership” status with GLAAD’s Spirit Day — described by the Gay & Lesbian Alliance Against Defamation as “the world’s largest and most visible LGBTQ anti-bullying-campaign” — are among demonstrations of solidarity touted by Target, which also made a $100,000 Pride month contribution to GLSEN (the Gay, Lesbian and Straight Education Network), and said that in 2019, Target team members would “be on tap to volunteer at more than 30 Pride events across the country, including this year’s World Pride in New York City.”

In a case of funding Peter by shortchanging Paul, Evans notes, “This year, Target didn’t advertise at all” with the print publications he represents — a stark departure from their Pride month advertising of the past. “But I did notice they were a World Pride Stonewall 50 Platinum sponsor. I think this year, a lot of people’s budgets went to that.”

Attempts to engage Target on the local level have been unsuccessful, says Mark Segal, publisher of the Philadelphia Gay News, a member of the National LGBT Media Association.

“We’ve reached out to them on numerous occasions, and the response has been zero,” says Segal. “They have a store very close to the gayborhood here. I also see them advertising in neighborhood and community newspapers in Philadelphia, so you could say they are, at the very least, ignoring our community.”

Community engagement, says Segal, pays dividends. “Various companies in the Philadelphia area that advertise with us and make their presence known feel the strength of the LGBT market coming into their doors,” he notes. “We hear this by their reps calling us and telling us that or about a congratulatory letter written from an LGBT customer.”

Less impressive was the response to the outreach of PGN senior advertising media consultant Joe Bean, who has 23 years of experience in media sales and says he’s “used to going for big accounts.” Bean noticed the then-new local Target was placing recruitment ads in “all the other papers similar to ours in circulation,” including the local Spanish language publication.

“I kept calling and calling,” Bean recalls. “I got to the person who had jurisdiction over recruitment, who didn’t have to go through corporate in Minneapolis. But my efforts fell on deaf ears. They should be encompassing everyone, especially in a city like Philadelphia, which has a large LGBTQ footprint.”

For Evans, despite gains, “There is a lot of misinformation out there,” on the part of corporate buyers.

“The media habits of other niche markets differ drastically than that of the LGBT shopper, yet many corporations are using the same formula,” says Evans. “Digital is king in Hispanic media, and for the African-American market, it’s mobile. LGBTs, we use our phones for breaking news and for finding Mr. Right or Mr. Right now, but almost all digital and editorial news content comes from the print product.

“Face it. There is no Telemundo for the gays. There is no CNN for our people. They go local. It’s all about trust.”