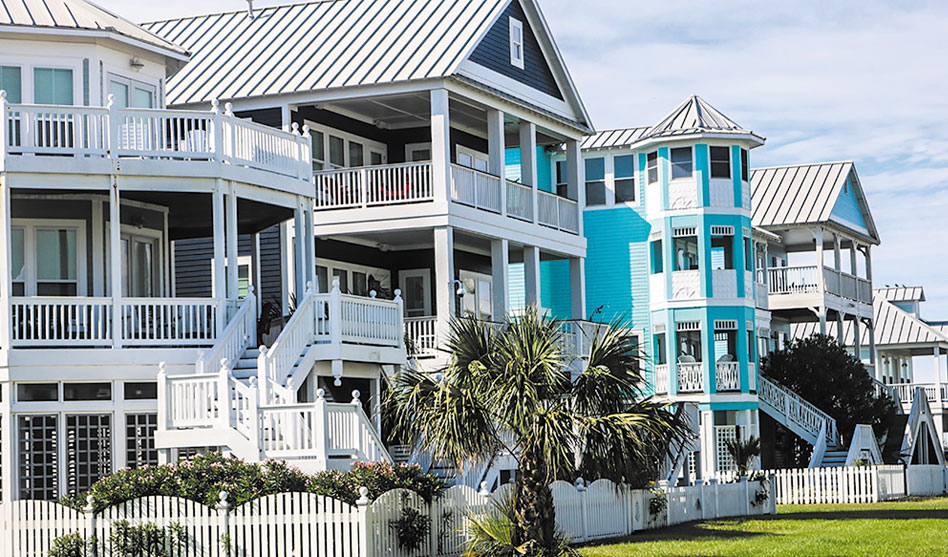 Memorial Day weekend is the unofficial start of summer, and it’s time to start planning some weekend getaways — as well as things to do for a day.

Here are a few ideas that are mostly within driving distance of Dallas.

Go to the BEACH
Galveston is just 45 minutes south of Houston. From Dallas, head down I-45 and you’ll be in the middle of downtown Galveston where the highway ends … or, actually, where it begins.

The island features a number of beaches including one of the most popular — Stewart Beach. Volleyball nets are set up along the beach with the rides and roller coaster built over the water on a pier in the background.

Crystal Beach is seven miles long. Feel free to park directly on the sand. Nothing disturbs the Gulf view from here.

Stay in one of more than 300 hotels priced from budget to luxury, or rent a home at Beach Town Development just a short walk from the beach.

South Padre Island is another beach destination, though farther from Dallas. Access South Padre from the north side of the island near Corpus Christi and 100 miles south of there from Harlingen.

There is also Port Aransas on Mustang Island on the Texas coast. It’s known for its beaches and fish-filled waterways as well as Leonabelle Turnbull Birding Center. It’s about a six-and-a-half-hour drive from Dallas, south on I-35 to Austin, then southwest on U.S. 183. There are also several airlines that go to Port Aransas, and you can take a train, to get there. 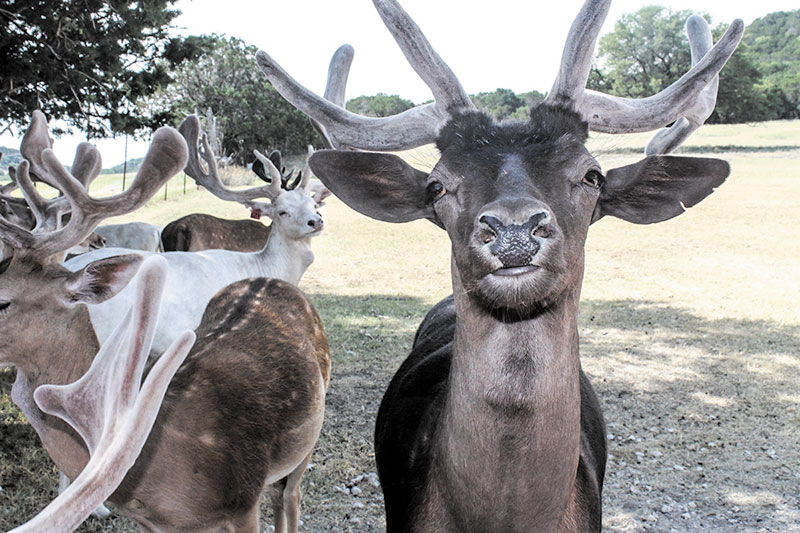 Drive through acres of game preserve in a center that specializes in protecting endangered species. The herd of Grevy’s zebras, for example, is the largest herd of that endangered mammal in the world.

Gazelle, bongo, deer, kudu, oryx and more walk right up to your car. Cheetah and other cats are behind a fence, but you can interact with giraffes who live in a large enclosure.

A ride through Fossil Rim takes a few hours, but overnight camping stays can be arranged.
From Dallas, take Highway 67 southwest. Fossil Rim is located three miles from Glen Rose, about an hour past Fort Worth. From 67, follow the signs.

If you’re staying overnight, before leaving Glen Rose, stop at Dinosaur Valley State Park where preserved dinosaur tracks can be seen along some of the trails and dinosaur fossils have been found. 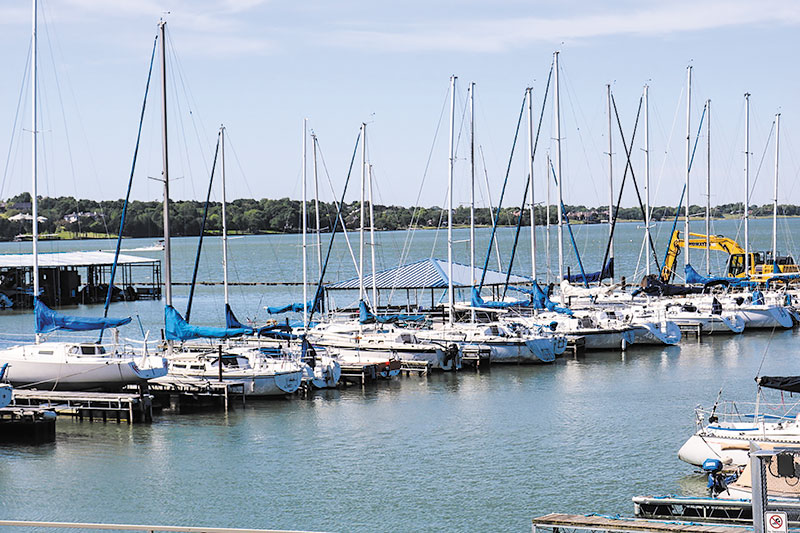 North Texas offers a number of opportunities for boating without long travel times. Lake Ray Hubbard lies entirely within Dallas, but you’ll have to drive through Mesquite or Garland and Rowlett to get there.

A number of boat launches are clustered close to I-30 on both sides of the lake — in Garland and Rowlett on the west side and in Rockwall and Heath on the east side of the lake.

Looking for a larger lake? Cedar Creek Lake is one of the largest in Texas. Drive down Highway 175 and turn right on Hwy 274 to get to Seven Points or Gun Barrel City.

Lake Texoma, near Denison, straddles the Texas-Oklahoma border. Take U.S. 75 north from Dallas or for a more scenic route take Hwy 289 Preston Road till it dead ends in the town of Preston located on a peninsula that juts out into the lake. Several public marinas lie along or just off Preston Road.

If you are up for a slightly longer drive, head southeast to Toledo Bend Reservoir, which straddles the Texas-Louisiana border and is the largest lake in the South, or Lake Sam Rayburn, which is the largest man-made lake completely within the boundaries of Texas. There’s plenty of room for boating there, and both lakes are known for fishing. The two are are about a four-to-five-hour drive down Highway 69.

If you head east on -I30 for about an hour to Sulphur Springs then turn south on Highway 154, you’ll find Lake Fork. It’s not so much known for boating as it is for fishing: The biggest largemouth bass — 18.18 pounds of it — on record in Texas was caught in Lake Fork.

The park also features 350 campsites with restrooms and showers. Explore trails on foot or bike. And Joe Pool Lake is great for fishing for largemouth black bass, crappie and catfish. You don’t need a fishing license to fish from the shore or one of the park’s fishing jetties.

The Comal River is the shortest river in Texas at 2.5 miles long. Tubing the length takes two to three hours and that includes tubing the chutes that go around the river’s dams.

The Guadalupe River can take up to six hours for a leisurely float. No water slides around dams in this river, but some rapids keep it exciting. 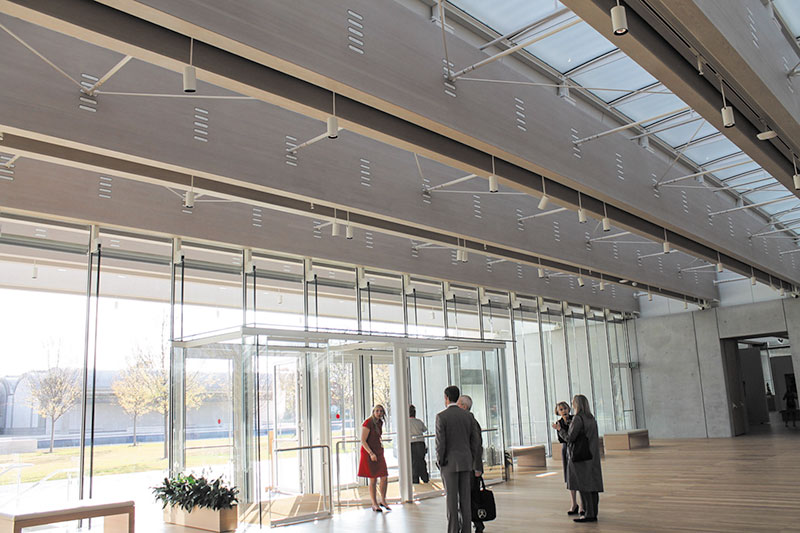 Want to get out of the heat without going out of town? Spend an afternoon at a museum.

The Dallas Museum of Art features an encyclopedic collection of art from ancient Egypt to modern European and American painting. A special exhibit of Cartier jewelry is on view through the summer.

Along Flora Street in the Arts District are two other wonderful art museums — the Nasher with both an indoor sculpture collection and an outdoor sculpture garden and the Crowe Collection of Asian Art.

Three other museums of note in Dallas are the Perot Museum of Nature and Science located on Field Street downtown, The Dallas Holocaust and Human Rights Museum in the West End on Houston Street and the wonderful African American Museum of Art in Fair Park.

Fort Worth is home to three superb art museums.

The Amon Carter Museum traces American art from colonial times to the present. The museum’s collection of photography is the second largest in the U.S. after MOMA in New York.

The Modern is worth a visit just for the architecture, but the museum always has a special exhibit that compliments its excellent permanent collection. Currently an exhibit of women artists is on view.

And the internationally renowned Kimbell Art Museum has an excellent collection of art from medieval through Impressionism. And its special exhibits are world class.