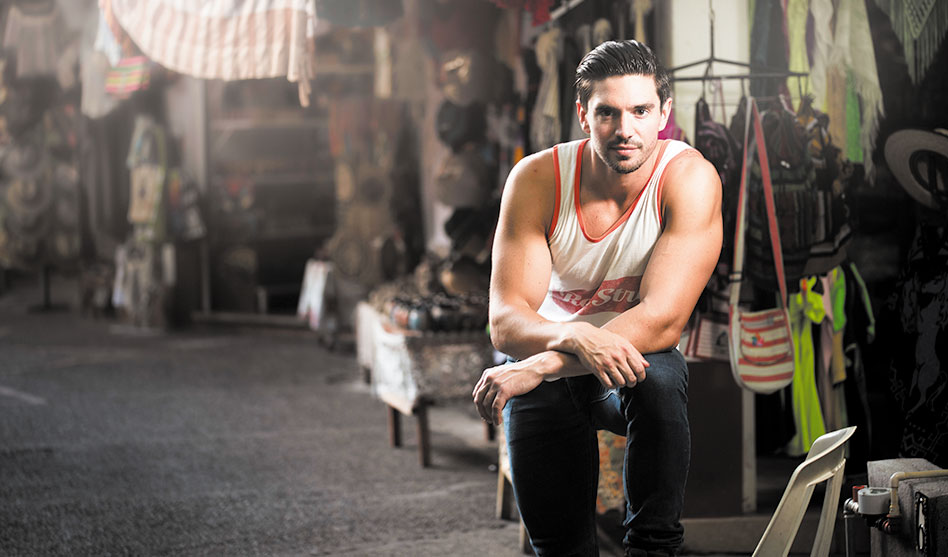 Out since the dawn of his career, the handsome singer breaks from the ‘country’ label and talks openly about his struggles with depression

If you’re familiar with Steve Grand through his 2013 viral video “All American Boy,” or just his reputation as an active gay rights champion and prolific Instagrammer, chances are you think of him as “that hunky gay country music singer.” And for the most part… you’d be wrong.

Oh, he’s gay all right. And definitely hunky. And yes, he sings. But “other than ‘All American Boy’ and ‘Stay’ — my first big singles — my music isn’t really ‘country’ at all,” Grand sighs. True, he went to college in Nashville, and he does enjoy the confessional-narrative appeal of a good country song. But being pigeonholed in a single genre wasn’t his goal.

“I got pegged as a country singer early on, but it wasn’t a label I embraced. I usually introduce myself as a singer-songwriter,” he says on the phone from Puerto Vallarta, Mexico, where he’s been performing since December in a 110-seat cabaret theater for an unplugged singer-piano-guitar solo show … not exactly the noisy honkytonk you might expect. “I always have to spend so much time trying to explain who I am [musically]. I like to say the best way to understand what I do is to listen to me.” 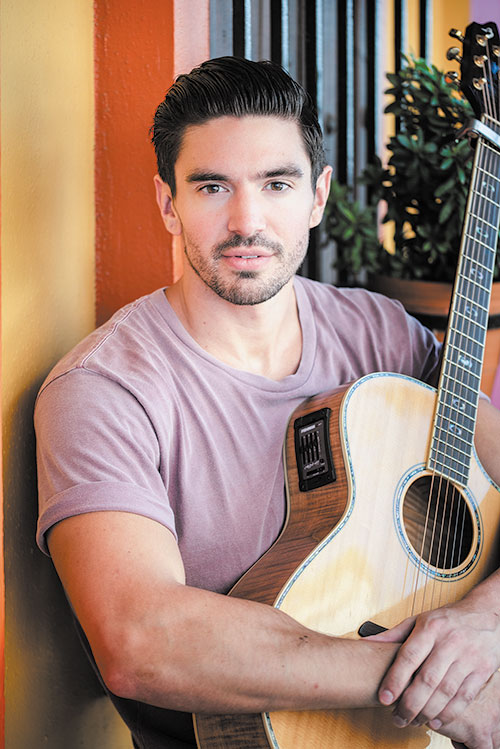 North Texans will get the chance to do just that this month, when he interrupts his residency south of the border for a one-night-only concert in Dallas as the featured entertainment at a fundraiser benefiting the Suicide & Crisis Center of North Texas. And Grand is looking forward to showing his fans who he really is. He doesn’t plan to make too many changes for the performance at Bob Hope Theater on the SMU campus. He will perform songs off both his albums (all of which he wrote or co-wrote), as well as instantly identifiable covers of songs by the likes of Elton John and Billy Joel.

“I’ll probably keep it stripped down — I can get a pretty full sound out of [my voice] and a guitar and piano. I may throw in a track song or two, but I always feel so cheesy playing just a track. I want to accompany myself. People sometimes ask, how do you do both of those at the same time? But for me, it’s easier than singing on my own.”

The opportunity to perform at the event has resonance for Grand personally.

“Suicide prevention is something I care a lot about,” he says. “I have been dealing with depression and anxiety since I was a teenager and have been doing talk therapy since then. I’m no standout — a lot of us have [similar] struggles.

But this is about acknowledging that and facing it and coping with it. But mental health issues [redound] in the gay community, which struggles at higher rates with suicide and depression.”

When it comes to anxiety, it might even bear noting that Grand’s Dallas appearance will take place just before he hits that monumental milestone of gay maturity: His 30th birthday.

“It’ll be one of my last shows in my 20s!” he laughs. “Lately I’ve been feeling bad that I missed out being someone in their early 20s. I never connected to being a regular teenager. Sometimes I’m like, ‘Fuck! That window in my life is closed now.’ And you can’t ever turn it back. I wonder, should I be doing more [typical 20-something stuff]? I don’t know. I don’t want to do it in this moment but I don’t see the point of doing it if I don’t feel like it.

“Yet in some ways, I have been anticipating turning 30 for the last five years, so I feel like I swallowed that pill a long time ago. I always remember my dad saying his 30s were hard — he went into a depression at that time. I always had that in the back of my mind. But I don’t dread it. Everyone I’ve dated has been considerably older than me. Even in high school, all of my friends were older. I liked people a little more mature and interesting who have something to teach me. I feel like I’m better at enjoying life the older I get.“

One thing he has not shied away from is being open about his sexual orientation. Even though it was less than seven years ago when he burst onto the cultural landscape, Grand was praised for having the gumption to be openly gay in the music industry. But it never occurred to him to do otherwise.

“[Music] for me is primarily about expressing myself and being heard and understood. When I was growing up, I didn’t feel heard or understood; music was a way of taking that painful feeling and turning it into something beautiful. Since music is about telling my stories and being truthful, I never entertained the idea of not having [my sexuality] out there. Love and romance are an important part of what I want to say as an artist, so I need to be [open]. It’s not that what I sing about is unique to gay people; you still connect with it. Why is it different I am singing about a man?

“And I didn’t have a label or management to tell me what to do. Oh, people told me their opinions, like, ‘You’re going to limit your audience.’ And the truth is, my audience is exclusively gay men. But I’m fine with that — I’m just happy my music resonates with anyone. You don’t really get to choose [who likes your music] — if it was all straight people and no gay people, that would be weird!”

Still, even he — at the ripe ol’ age of 29 — is somewhat gobsmacked about how much the culture has evolved, even since he was a new sensation.

“It’s kinda wild — back in 2013, [coming out] was still a big deal, but now on YouTube is all this stuff about gender.

It’s so beyond [what the public discourse was just a decade ago], it’s like a different universe. It’s the next generation of people fighting for their rights. It’s their truth and I respect it. We’re all trying to get through.”

Special appearance by Sister Helen Holy, VIP tickets include a meet-and-greet with Grand, as well as a picture with him.