Captain Kirk and the good we do 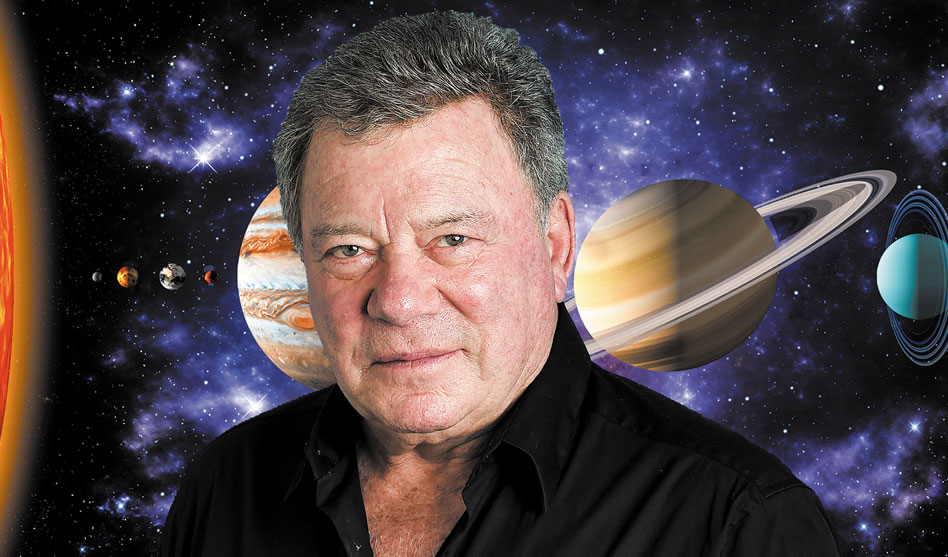 William Shatner is known for his iconic role in Star Trek, but he says his only real legacy will be what he does for others

William Shatner has been boldly going in the entertainment industry for nearly 70 years now. Check his “Filmography” entry on the International Movie Database, and you find 243 acting credits, starting with his role as “A Crook” in 1951’s The Butler’s Night Off. That’s not even counting his 25 producer credits, 18 writer credits, 13 director credits and 16 soundtrack credits.

But all those roles and credits notwithstanding, for many people, Shatner is and always will be Captain James T. Kirk of the Starship Enterprise from the 1960s TV series Star Trek. And on Saturday, Feb. 15, he will be at the Pavilion at the Toyota Music Factory in Irving to host a screening of Star Trek II: The Wrath of Khan.

“It is a great show,” Shatner said of the event during a recent interview. “Wrath of Khan is, arguably, the best of the Star Trek movies. So you get to see a great movie, then I will come on stage and answer questions and have some fun with the audience.

The traveling event started Wednesday, Feb. 12, in Nashville and made stops in Tulsa and Norman, Okla., before Saturday’s show in Irving. Shatner and the film then go to Houston on Sunday, Feb. 16, before heading across the Atlantic for eight dates before coming back to the U.S. Back-to-back shows in Glasgow and Dublin, March 9 and 10, are already sold out, as are shows in London and Cardiff on March 16 and 17.

The film screening at the various dates on the tour features enhanced sound and video. “That alone would be enough” to make the screening a special event, Shatner said. “But afterward, I am going to come on stage [along with a local celebrity], and it’s going to be a full hour of entertainment and telling stories. It will be wonderful fun for the audience, a wonderful evening of fun in the theater.”

The fact that Shatner, who will be 89 in March, can take a 37-year-old movie on tour and still sell out shows is testament to the staying power of the Star Trek franchise. The original series ran for three seasons from September 1966 to June 1969. Since then, there have been seven more TV spinoffs (with another in the works) and 12 feature films — and there’s no indication it will stop there.

But what is it that made Star Trek: The Original Series a hit in the first place, and what gives the whole franchise — and Shatner himself — such staying power?

“There is no definitive answer to that,” Shatner said of the original series’ success. “Maybe it was the intrigue of a good science fiction story and affection for the cast.

“My thought is that coming down this road we are on is a fearful thing to our planet and our civilization. The next 50 years will tell a lot about how we survive as human beings,” he continued. “The fact that [the original] Star Trek series exists 300 years from now suggests that we get past all this and that the technology that got us into it will eventually get us out of it.”

Star Trek as a whole, Shatner said, offers up “an element of hope, hope for enlightenment, an awareness that climate change is devastating the earth, an awareness of how precious life is.”

Shatner noted that the original series “was one of the first shows to actually show the diversity” that makes life so interesting — a portent of things to come.

“Maybe its being Pollyanna, but I am looking at things now that wouldn’t have been thought of 30 years ago, even 10 years ago,” he said. “We had a black president for eight years, and now we have a [truly viable] gay candidate. I’m not saying we don’t have so far to go still. We’ve certainly got a great deal further to go, and we need to go there.

“We have accomplished so much. Yes, we are in a holding pattern right now. But that will end. The future is diversity.”

Beyond the TV and movie screen
While most people may think first of Star Trek when they think of Shatner, the fact is that he has worked with numerous charitable organizations and events, donating thousands — and helping raise thousands more — to charities ranging from Habitat for Humanity to St. Jude’s Children’s Research Hospital to Red Cross and many others. He also breeds and shows horses — American Saddlebreds and quarter horses — and has put that love of horses to good use in his charity work, including through the Hollywood Charity Horse Show.

So how does Shatner himself think people will remember him when he is gone — for his work in the entertainment industry and his role in birthing the Star Trek universe, or for his charity work?

Well, he says people aren’t actually going to remember him at all.

“Fifty years from now. I will be forgotten,” Shatner said. “That’s the truth of the matter. I had a dilemma a couple of years ago; [longtime friend] Leonard Nimoy had died and was being buried, and I had committed to a Red Cross fundraiser at the same time.

“I chose to go to the fundraiser, because, as I said to the audience there, Leonard Nimoy and I and everyone else will be long forgotten. What will be remembered, what will be everyone’s legacy, is our deeds,” he said. “If you help somebody, if you do some good thing, that reverberation resounds until the end of time. You affect one person; they affect another.

“A piece of entertainment is like ashes blown away in the wind. Every person’s legacy depends on the good they do in the world.”