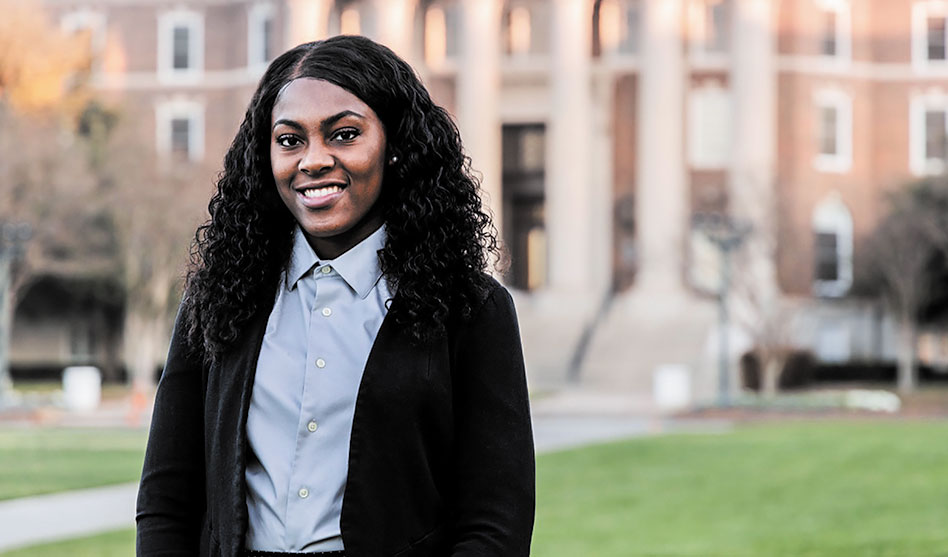 Bri Tollie is Southern Methodist University’s third senator representing the Queer community. That, by itself, is a big deal. But what is perhaps an even bigger deal is the fact that the school is staging two events this year, the first-ever large-scale Pride events in the school’s history.

When she was elected, Tollie’s goal was to build community. She sent out a survey to find out what students wanted on campus and what their concerns were. Fifty-seven students completed and returned the survey, and Tollie said that lack of visibility and a desire for a welcoming environment came up repeatedly in their answers.

The Pride Project came together out of those survey results.

On April 23, In Search of Belonging opens at the Hamon Arts Library at the Meadows School for the Arts.

This exhibit explores stories of LGBTQ organizing and the struggles for equality and recognition at SMU through documents from SMU’s archives and through oral histories. Included are the stories of the eight-year fight to charter the first LGBTQ student support organization, the founding of SMU’s first gay fraternity and the current Mustang Pride.

In Search of Belonging remains on exhibit through May 22. But that exhibit is only the beginning.

Students also created a film featuring video from the oral histories, which will debut at 7 p.m. at Pride Visibility Day, Friday, April 29, on the main quad of the SMU campus.

Other Pride Visibility Day events include announcing the winners of two awards.

The Bill Nelson Award for Community Activism and Representation honors one of the founders of Dallas Gay and Lesbian Alliance and Resource Center who was the first person to run for Dallas City Council as an out gay man. Nelson received his bachelor’s and master’s degrees from SMU.

According to the nomination form, “The awardee of this prize fights against inaction every day by committing to constant organization and action against oppression, bigotry, and injustice.”

The second award is for faculty or staff excellence in mentorship and academic activism.

As part of Pride Day lawn games and activities will take place during the day on the lawn outside Dallas Hall. Queer-affirming businesses participating in Pride Visibility Day will be divided into three categories: food (because any successful college event offers good eats) local queer-owned businesses connecting students to the LGBTQ community in Dallas and resources to connect students with health and support available to the LGBTQ community in Dallas.

Speakers will focus on raising awareness of leaders-in-the-making, research being done on campus and what Queer people are up to at SMU.

The evening will conclude with a festival featuring on-campus talent. Semler, who is the first openly queer artist to top the Contemporary Christian Music charts, is the festival’s opening act.

SMU has come a long way. In 2011, the school was named 11th most homophobic campus in the country by the Princeton Review. The school — the only one on the list that had nondiscrimination policies in place and even offered partner benefits to its gay and lesbian employees — made a decision to change its image. And now, a decade later, Campus Pride lists SMU among its 10 religious schools with LGBTQ-inclusive values.

What a difference a decade makes.