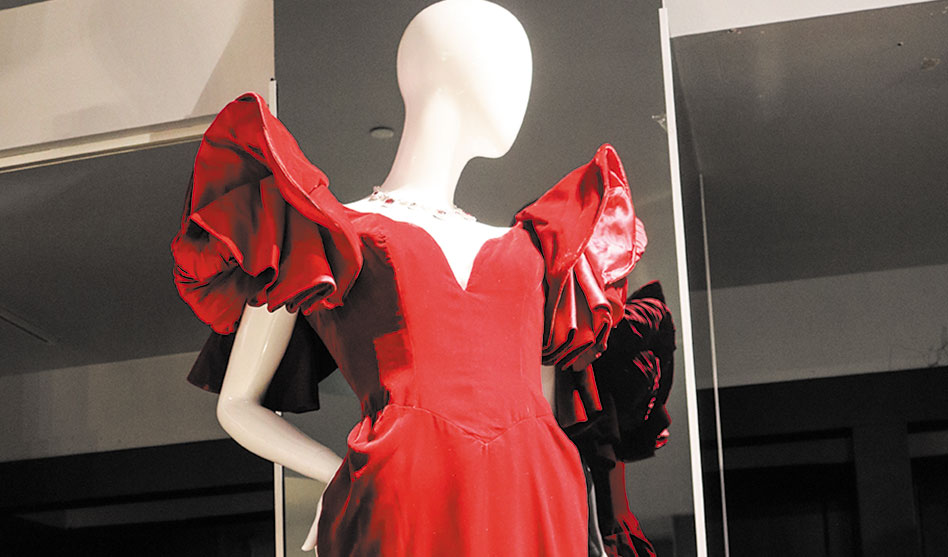 ‘Dynasty’ set trends, but so did the Galleria

More than a decade before we had Karen Walker and Jack on Will & Grace, we had Joan Collins as Alexis Carrington and Al Corley as one of TV’s first out gay characters, Steven Carrington, on Dynasty.

But Dynasty isn’t remembered as much for its pioneering place in LGBTQ history as it is for setting the trend in fashion for the 1980s. No one would tangle with Linda Evans, Diahann Carroll or Collins. They were bold and brash and wore gowns festooned with major shoulder pads that accentuated their toughness.

In Dallas in the 1980s, people were moving north. Construction began to push the Tollway past LBJ, and the city’s new center of fashion — the Galleria mall — opened.

Among the fashions you’d find were those showcased each week on Dynasty. Elizabeth Taylor stopped by once to hawk her new fragrance, Passion, and a British hair salon called Toni & Guy opened its first U.S. location in the Galleria.

Now the Galleria has opened an exhibit featuring actual gowns worn on Dynasty, hairstyles created by Toni & Guy and a variety of hand bags, jewelry and other accessories from the 1980s.

Among the designers represented in the exhibit are Bob Mackie (who created gowns for Carol Burnett and Cher), Valentino, Gianni Versace and Oscar de la Renta. Add in Yves St. Laurent, Halston, Emanuel Ungaro and Geoffrey Beene for a true display of Dallas elegance in the ’80s.

Other tastemakers on display are fashions from Charlie’s Angels and a sweatshirt from Michael Jackson’s 1984 “Victory Tour.”

The exhibit features more than 50 dresses from the period and is located on the first floor in a former storefront toward the south end of the mall. Entry is free. The exhibit is open noon-6 p.m. Tuesday through Sunday (closed Monday) and will remain on display through April 3.