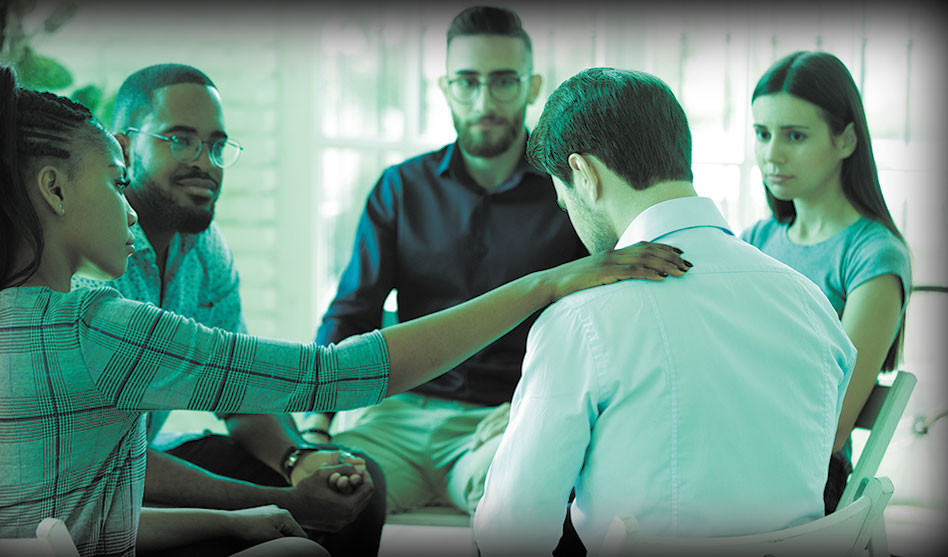 Last weekend marked the fourth anniversary of the death of my husband, Brian. We had been together seven years and had been married just under nine months when he died.
Dallas librarian Ray Sablack had lost his husband a week earlier.

As Ray and I both returned to work, we each kept a chat window open on our computers to check in on each other regularly and generally comment on everything and everyone bothering us. And there was a lot of bothering going on.

As days became weeks and then months, we knew others must be going through what we were, and we looked for a grief group for people who had lost a same-sex spouse. We couldn’t find one.

We could join a group for people who had lost a spouse, but we weren’t in the mood to join a group and then have to come out. And we didn’t want to put anyone in such a group into an uncomfortable position:

“When did you lose your wife?” we imagined a group member asking us.

“It was my husband,” we’d correct.

Although well meaning, they were dealing with their grief, too, and we didn’t want to put anyone else into a funny position. And then there could be those who may have been non-accepting, and Ray didn’t want to put those people in a position of listening to what would have come out of my mouth.

So we started our own group. At first we met in a small room at the Oak Lawn library, but as the group grew, we moved to Resource Center.

There were lots of tears while we told and retold our stories and lots of laughs as well. And lots of hugs. And the first normal socializing any of us had done since the deaths of our husbands or wives, as we usually went out together to get something to eat after our meetings.

Not being professional counselors, we kept the phone numbers for several gay and lesbian therapists handy for people who seemed beyond what we could offer. One person attended the group a couple of times. We knew he needed professional counseling. But rather than make that call, he committed suicide.

He was the exception, though. Members have helped each other through serious medical emergencies. We’ve gotten each other through tough days, and we’ve learned that there’s not one particularly right way to grieve. Certain things can trigger one person but mean nothing to another.

Brian and I were married exactly eight months and 27 days. After his death, I passed his birthday without much thought — he was never big on birthdays. And two of my cousins spent the weekend with me on what should have been my first anniversary.

The day that was the toughest for me was Dec. 3; that was the day I became Brian’s widow longer than I had been his husband.

After talking to dozens of people who had recently become widows, I’ve learned that while any loss hurts, losing your spouse is unlike losing a parent, a child, a sibling or friend.
When you lose a spouse, your daily routine is broken. The rent that you used to split is now fully yours. So are the chores. For those that had been caring for their spouse through a long-term illness, the enormous amount of time suddenly available weighs heavy.

A group for others
We try to keep our group positive and help each other work through our grief. We know we’ve helped some people. Others haven’t cared for our casual style. Some have attended once. Others have become regulars. We hope anyone who attends learns they’re not alone.

Grief is a normal part of life. We grieve when we lose a relative or a friend. Talking with others who understand because they are going through the same thing is helpful.
While our group is specific, Community Healthcare of Texas Grief Care Services is now running a six-week LGBTQ grief support group for anyone who has experienced the loss of a loved one.

The Rev. Liz Klar, who’s been running grief groups for five years, is facilitating the group for people in the LGBTQ community including allies. She said she’s especially aware that some people will be dealing with additional issues of family rejection. For instance, how do you grieve for a parent who rejected you because of your sexual orientation? Usually grief is something to share with family members, but what if you lost a friend or spouse that your family refused to acknowledge?

“We accept people wherever they are,” Klar said, adding that her goal is to always provide compassionate care.
Her organization is reaching out to underserved populations and, in the near future, hopes to offer grief groups to young adults and Spanish speakers. Unlike in the group Ray and I run for people who’ve lost a same-sex spouse, Klar’s sessions will be structured.

For information on the group for someone who’s experienced the death of a same-sex spouse, contact Ray at raymond.sablack@gmail.com.