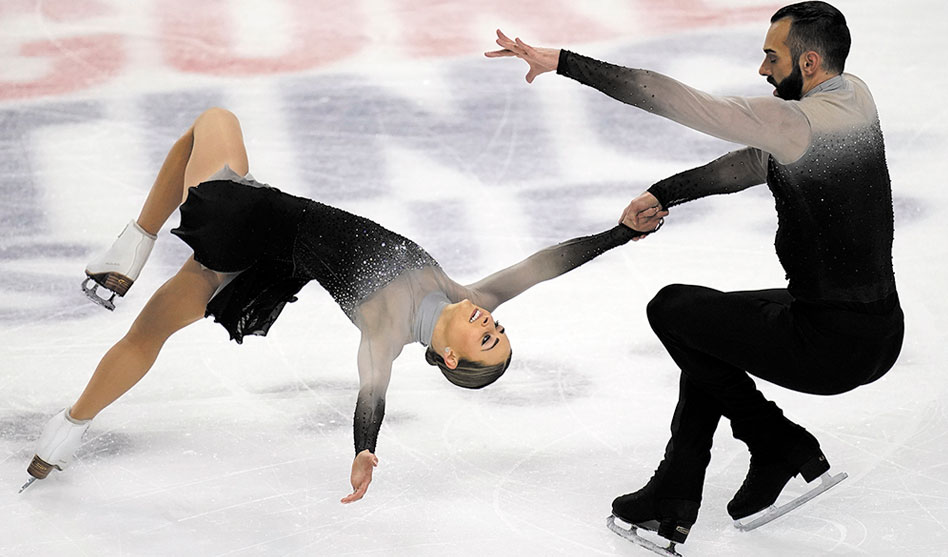 Figure skating partners LeDuc, Cain-Gribble get called up to compete with Team USA at Worlds

Ashley Cain-Gribble and her openly gay partner Timothy LeDuc, the 2019 U.S. Pairs figure skating champions, were disappointed with their performance and bronze medal placement at the recent 2021 Nationals. But they knew to hustle home and continue training because, while they didn’t earn a spot to compete in this year’s World Championships, launching March 22 in Stockholm, they were named as alternates to the team. They knew from past experience to be ready in case they got the call for duty.

And then the silver medal finishers from the 2021 Nationals withdrew from Worlds. So Cain-Gribble and LeDuc did indeed get the call, and they are ready, set, go, for Sweden. 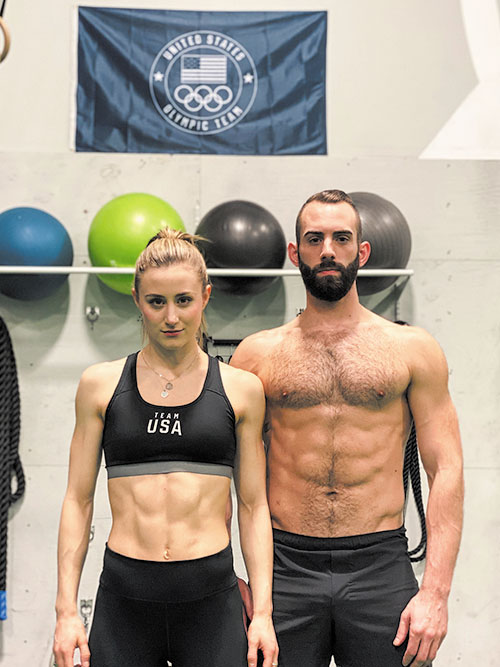 It’s a bit of déjà vu for the duo. In 2017 they were flown to Worlds in Helsinki, Finland, at the last moment to stand by in case Team USA needed them. They ended up not competing, but the trip was a terrific experience for an 11th-hour call. This year, they got only a 21-day notice that they would be heading to the Worlds with Team USA, but their tenacious work ethic means they are in good shape for Stockholm.

Training must be in this duo’s DNA. They take it very seriously — embrace it, actually — typically spending at least 40 hours a week training, on and off the ice. Clearly, they’re in spectacular shape (a picture is worth a thousand words).

“When we did get the call to compete,” Leduc recalled, “there wasn’t any fear or panic. We knew we were trained; we knew we were ready. So it was just a feeling of pure excitement that we had this opportunity.”
It is a huge opportunity. Not only are they competing for themselves, but, due to the rules established by the International Skating Union (ISU), they are competing for the number of skating pairs that Team USA can send to the 2022 Olympics.

Let me explain: There are two U.S. teams qualified for this year’s Worlds. The placement of these two teams must equal 13. For example, if Cain-Gribble and LeDuc finish at least sixth, and the other team (Alexa Knierim and Brandon Frazier) finish at least seventh — do the math. That adds up to lucky number 13, and the U.S. will have earned the right to send three pairs teams to the Olympics and to the 2022 World Championships.

That would be huge. The last time the U.S. fielded three teams was 1994.

The trip isn’t likely to be a fun playdate considering the myriad of stringent safety protocols put in place by the ISU. There will be no sightseeing. No smörgåsbords. No spectators. Most of those involved with the event will, in fact, be placed in a Competition Bubble, which means going from the host hotel to the rink, then back to the hotel, staying masked at all times when not on the ice.

U.S. Figure Skating (the governing body of Team USA) had a snappier term for this practice during its sanctioned events held — successfully — during the pandemic in January. Participants entered a “skubble,” or skating bubble. Skubble just sounds more inviting. But then, the ISU isn’t known for its sense of whimsy.
Cain-Gribble and LeDuc have goals set for themselves that don’t include partying to ABBA hits. “We want to build off our last appearance at Worlds in 2019 when we finished 9th” said LeDuc. “We want to move up. Our goal has been top 5 all along so we’d really like to see that happen.”

Being a role model isn’t a goal for LeDuc, but as the only openly queer skater competing in Stockholm, he is a role model nonetheless. There hasn’t been a gay roll call, but LeDuc suspects that he is “one of very few out athletes, if not the only one, competing.”

LeDuc doesn’t shy away from the rainbow spotlight. “I think it’s so important that we see positive representation of queer folk in sports,” LeDuc explained. “Many people think figure skaters are all gay. But that really functions to support toxic masculinity and a toxic idea of patriarchy. Figure skating is an artistic sport, and there is nothing wrong with men competing in artistic sports and expressing artistry that is not inherently feminine.”

He continued, “The reality is that almost all male figure skaters at the elite level are cis-hetero. Amber Glenn, who also trains with us in Dallas, and I are the only two out athletes on all of Team USA. Competing on the world stage as an open athlete, I think, is really great for queer visibility. It’s a representation of queer excellence, and I’m very excited to be sharing that with Ashley.”

Sharing has become instinctual along the path of Cain-Gribble and LeDuc’s partnership, especially during this past year of the unspeakable challenges we all faced. Yes, they do have the lofty ultimate goal of winning 2022 U.S. Nationals and winning a medal in the Olympics, but it’s not really about that.

Instead, Cain-Gribble said, “I think what this year has reminded us is that we won’t be doing this forever.”
She added, “Yes, we could lace up our skates whenever we want and go out on an ice surface and lose ourselves in whatever we’re doing. But to train at this elite level and to compete at this level has an expiration date. This year has shown us we should take advantage of that and get the most out of our time together.

“What I’ve thought about every day is that I’m really grateful to be able to be out on the ice and to be as healthy as I’ve ever been. I’m excited to be doing this thing that I love most with my best friend. There will come a time when I won’t see Timothy every single day,” she said.

LeDuc recalled “a comment from the 2003 World Championships in Washington, D. C. It was just after the U.S. had invaded Iraq, and Michelle Kwan had just skated lights out [winning her fifth world title]. As she was coming off the ice, skating legend Peggy Fleming said, ‘Well, she just took everyone’s minds off the problems of the world.’”

During the year we’ve all just endured, figure skating — with its beauty and its marriage of artistry and athleticism — offers an escape from some of the ugliness around us.
And that sounds good about now.

The ISU World Figure Skating Championships will be held March 22-28 in Stockholm, Sweden. Television coverage of the competition will be carried on NBC, NBCSN and Peacock Premium.