Shaken and Stirred: How Three Dallas Bartenders Changed the Face of the Strip 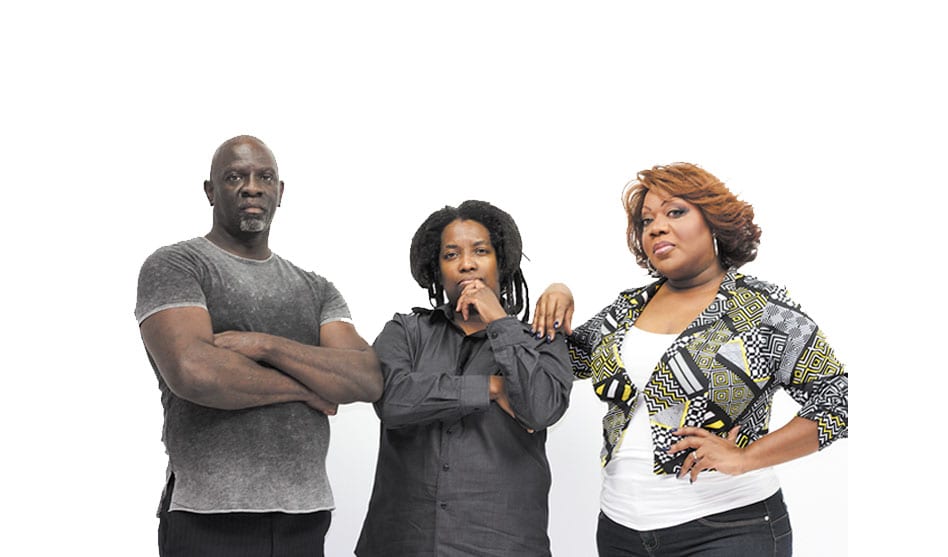 Brandi Amara Skyy | Contributing Writer
nash@dallasvoice.com
Pride is a time when we celebrate our diversity — out loud and proud. But it is also a time when we take a deeper look at the challenges we, as a community, have faced and overcome, the barriers we’ve broken down and the glass ceilings we have busted through.
It’s when we pay homage to people who have paved the way for our generation to have it just a little bit easier than the ones before.
Chances are if you’ve been in a gay bar, on or off The Strip in Dallas, you’ve seen the familiar faces of three of Dallas’ nightlife staples: Jasper, Sassy and Candace. In fact, if you’ve walked into a bar anytime in the last 20 years, you’ve probably been served by one — or all — of them, without any idea of their history and courage it took for them to get there.
Because in 2017, we often forget that it’s a privilege to walk into a gay bar in broad daylight or to see ourselves — whether we are black, brown, trans, female and/or non-binary — represented behind the bars in our favorite clubs. We forget that there was a time when we weren’t allowed access into bars, let alone the opportunity to work in one.
Jasper and ‘Miss Wanda’ 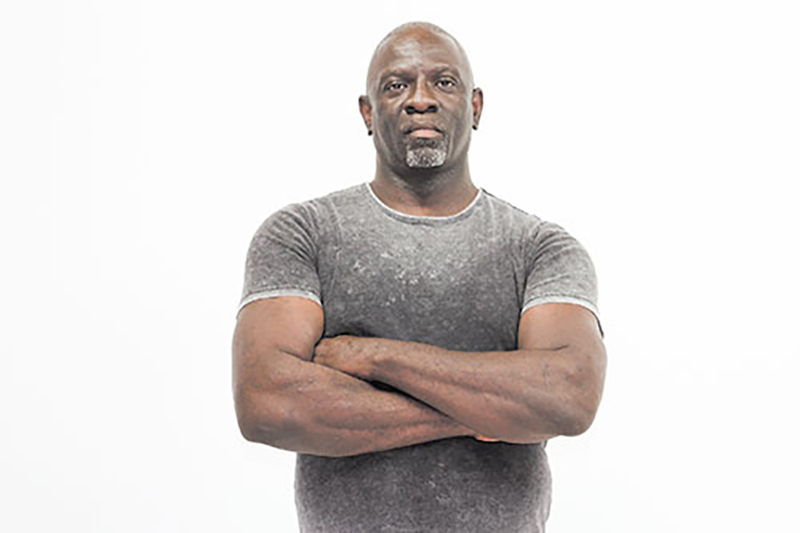 In 1988, when Terry Schmidt first asked Jasper if he wanted to work at Village Station, Jasper told him, “I’m not going to work there; there are no black people that work there.” But after getting fired from Burger Street for being gay (yes, you read that right), Jasper started working the door at the Station. Within two months, he was promoted to barback, and two months later he started bartending in the Rose Room.
That made him the first black bartender to work for Caven Enterprises. But that wasn’t the only barrier he broke through.
In 1994, Jasper birthed “Miss Wanda” via Caven’s turnabout show. Donald Solomon, then manager of JR.’s, saw the performance, told Jasper he was funny and was going to get his own comedy show.
The Miss Wanda Show began in 1995 as a tattoo and hot body contest that quickly evolved into JR’s first and — at the time— only drag show. The show ran for 10 years, every Sunday from 8-11 p.m. In 2005 the show moved to a later time slot, 11 p.m.-1 a.m., but that didn’t work out. So The Wanda Show moved to Woody’s from 2005 to 2007 and then to Havana’s for the next 10 years.
Now, 25 years after it started at JR.’s, The Wanda Show calls Tekilas its home. But every year for Black Pride in October, it returns to Caven, for a one-night-only exclusive show in the Rose Room.
Candace 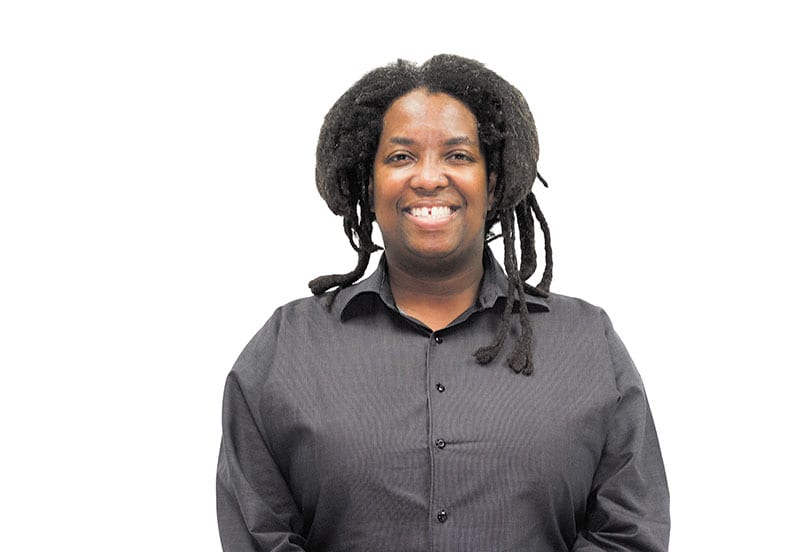 Around the same time Wanda was coming into the community, Candace fell into bartending after a stint as a waiter at Bennigan’s. In 1993, became the first black female bartender to work at that specific Bennigan’s location.
While she worked at Bennigan’s, she frequented the black gay bars. But JR.’s was the first bar on The Strip she went into. Soon after, she applied at Sue
Ellen’s (twice) and Moby Dick, a Howard Okon bar located where Woody’s now stands. But neither bar hired her. It was in 1997, as she and some friends were hanging out on the freshly-remodeled JR.’s patio, that the defining moment came to her.
She was watching the bartender upstairs, she said, and, “I couldn’t believe that people were actually waiting that long to get a drink and would still leave a good tip. I saw that, and I said, ‘I have to work here,’” she recalls.
But the people she was hanging out with told her she couldn’t work there because she was a woman, and she was black — a statement she says, that “only made me want to work there even more.”
Later that year, Candace came across an ad in the Dallas Voice promoting a job fair Caven was holding, n the dance floor at Village Station, to find staff for all their clubs. She applied and went through three interviews before she got hired.
In her last interview, Donald Solomon told her that the only black woman to work at JR.’s before then had been a cook.
Candace started bartending within nine months of being hired, but her first actual bartending shift was at Village Station, not JR.’s. That first JR.’s shift came a few months later when Solomon gave her the Sunday night shift — the same shift she still works today.
Candace was bartending at the height of The Miss Wanda Show’s popularity, and Jasper — sensing the herstory Candace was making — gave her his original tip bucket with a T-Dance sticker on it. She still has it today.
But the first night Candace worked for JR.’s was the night of the 1997 Halloween Block Party. She was handed a hand counter and stationed at the bottom of the patio stairs. Her job was to click every time someone walked upstairs. Before her shift started Donald told her, “Don’t quit.” She didn’t and will be celebrating 20 years at JR.’s as the bar’s first and only black female bartender.
Sassy 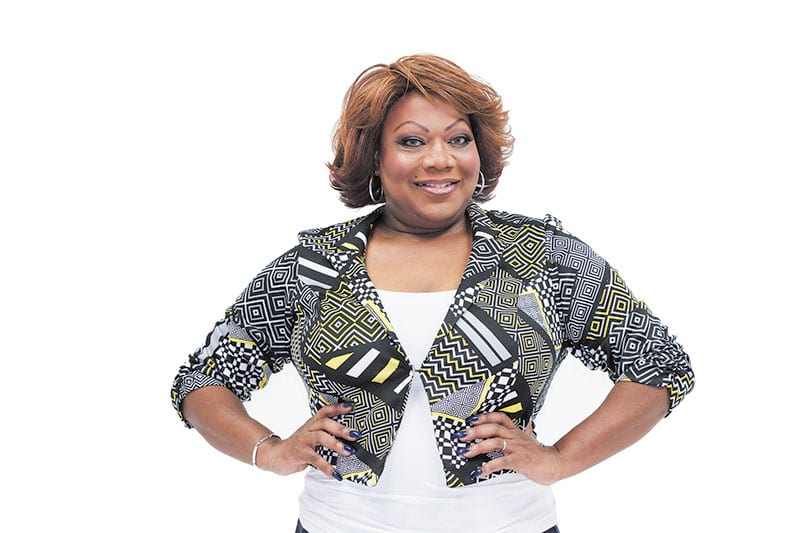 It’s easy to read Jasper’s and Candace’s stories and dismiss the idea that those kinds of barriers still exist for people of color and for women. After all, their stories started more than two decades ago. But gender barriers still existed in our community in 2016 just as much as they did in the 1990s when Candace was hired.
Don’t believe it? Ask Sassy.
Sassy has been a staple in the community for 23 years, since she started at The Anchor Inn then worked her way into S4 in the early 2000s. At the time, she says, “There were no other trans bartenders, and the only other bartenders of color that I remember were Candace and Jasper.”
But it wasn’t until she stepped into her current job that she really felt the magnitude of the herstory she was paving.
Sassy had applied at the Round-Up five years before she got hired. But it wasn’t until last year, when Round-Up bartender Frank Martinez persuaded
Sassy to do The Miss Round-Up Pageant, that her fate — and the bar’s — changed.
Sassy won the pageant, and she ended up winning the hearts of the Round-Up’s owners who, after meeting her one Friday night while she was working the crowd as Miss Round-Up, called her into a meeting. Sassy was afraid she had done something wrong and they were going to strip away her title, never dreaming they were calling her in to offer her a job.
But they did. And she began bartending June 26, 2016, working Monday through Friday from 2-9 p.m. She’s since been promoted to Friday and Saturday nights on the patio.
When asked if customers understand the herstory of her being the first female bartender at the Round-Up, Sassy says, “Customers will order drinks and do a double take and be like, ‘Wait a minute you’re a girl. I’ve never seen a girl working in here.’”
Understanding the impact
Those Round-Up customers get it. Some of Candace’s long-term regulars who’ve seen the strip evolve get it. Decade-long fans of The Wanda Show get it.
But we all need to get it.
These stories of being “firsts” are important voices that need to be included in Dallas’ LGBTQ history because they remind us not to take our access into spaces — whether it’s a bar, a bathroom or a job — for granted.
These stories remind us to understand that nothing is a given and inequalities do exist, but so do people who are open to bringing about change.
And they remind us to celebrate the awesome diversity that is our Rainbow Community, that is the spirit of our Pride, by raising a glass to pioneers like Jasper, Candace and Sassy, who are ready and willing to be the change we not only wish to see, but our society needs them to be. Cheers to that!
Photos taken specifically for this article are by Brandi Amara Skyy, with special thanks to Spayse Studios and Israel Luna. Older photos are courtesy of Jasper, Candace and Sassy.
This article appeared in the Dallas Voice print edition September 15, 2017.