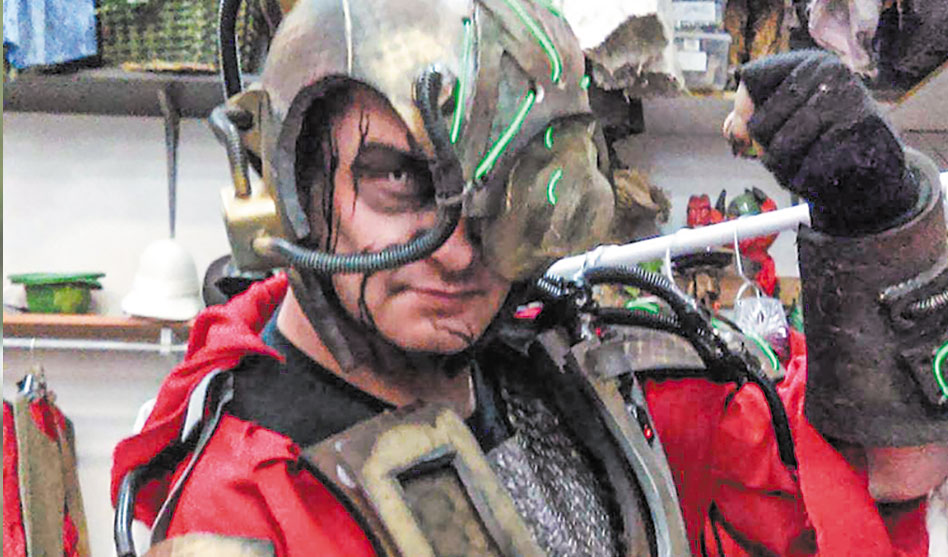 From drag to devilish, Ken Chicosky serves it all

The Halloween season is upon us, and Ken Chicosky is here for it. But he’s not just a fan with his decorations and scary movies; Chicosky also serves up thrills and chills to audiences at Moxley Manor haunted house in Bedford.

For him, Halloween and special effects make-up are a passion.

“I’m a lead character at Moxley, so I’ll be the one scaring you in line, getting really close to you,” Chicosky said. “I’m the one they remember when they leave, and I get to feel like a celebrity.”

But he’s far less a fame monster than he may sound. Chicosky just wants to scare the hell out of you — in a good way. 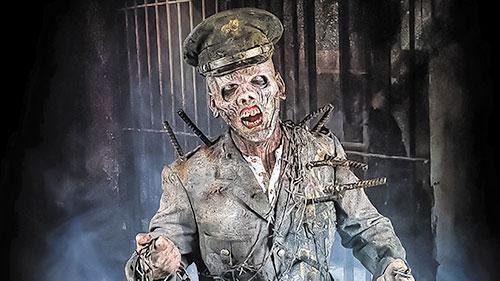 “It’s definitely fun to scare people and see people getting scared. They are in awe of the costume and the details, and that’s kind of a rush,” he said. “Then you see them cringe and run out the door, that’s an exciting feeling too.”

That rush gives him energy to get through these long nights of the season, but scaring folks isn’t a meanspirited thing for Chicosky. “Not at all,” he said. “It’s definitely for fun and that’s what they are here for. They come for the thrills and the scares, and I’m going to give it.”

Chicosky’s haunted house passion goes way back to his childhood days. His first for-profit house was built when he was in sixth grade and subsequently shut down by his school principal, he recalled. And he loved dressing up.

“Yes, whether it was in drag or scary costumes or anything,” he said. “It’s just about getting out of myself for a while.”

The scary stuff hits big around this time of year, but there are many layers to Chicosky. First and foremost, his alter ego is Kendra Dahl, the saxophone-playing drag queen.

Chicosky’s days of drag started back in Austin, when he was 18 years old and rooming with two queens and thus immersed in glitz and glitter. 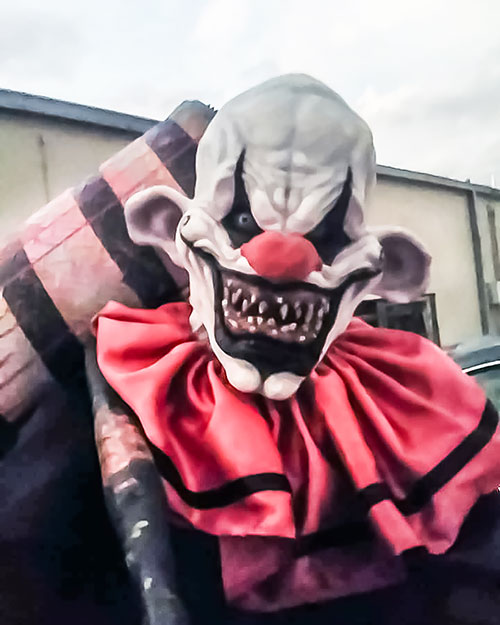 “Back then I could just put on a bit of makeup and look fabulous at 18. It takes a lot more now that I’m 45,” he said with a laugh.

“Born” about 15 years ago, Kendra has cemented her place in the drag queen community as (likely) the only queen who plays the sax. But Chicosky feels he’s still making his name for himself around town. He’s glad he can bring something different to the scene.

“To have a drag queen play the saxophone is something I don’t think many people have seen. I got to perform with Thorgy Thorr (from RuPaul’s Drag Race), and she’s a huge inspiration for me when she would play her violin,” he said. “I never lip-sync because my musical talent merges better with my drag. Plus, I don’t think I’m very good at it.”

Chicosky has carved out a niche as Kendra performing with big bands, quintets and even solo gigs where he performs pop hits with saxy sounds. Kendra Dahl will next be seen at the Metropolis LGBTQ+ Empowerment Expo in Grapevine on Nov. 6 and 7.

“I love this event because it’s about empowerment. Kendra tries to have a really positive attitude, so there are a lot of fundraising or Pride events that have a good message,” he said. “I really love doing stuff like that, but I’d still love to do the Rose Room one day as well.”

When he’s not in drag, playing music or scaring people, the ex-army man who resides in Oak Lawn is a florist by day at two different shops: one here in Deep Ellum and one in Fort Worth. With all that talent and skill, Chicosky is quite happy with his life.

“I’m not trying to get famous or anything. I just want to have a great experience and scare people when I can,” he said.

He’s done it before at Dark Hour in Plano, Hangman’s House of Horrors in Fort Worth and Reindeer Manor in Red Oak. He may not want fame, but he plans on not letting anyone forget his scare tactics at Moxley Manor.

To see Chicosky in action, visit MoxleyManor.com for more information and tickets.