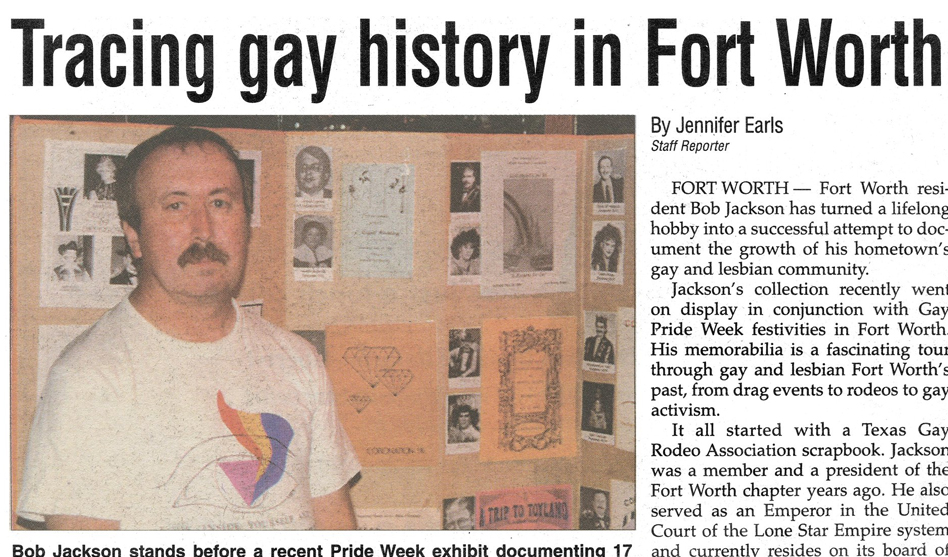 In Dallas, there is an organization called The Dallas Way that focuses on preserving the city’s LGBTQ history, and the University of North Texas’ Lesbian, Gay, Bisexual, Transgender, and Queer (LGBTQ) Archive was created as “a 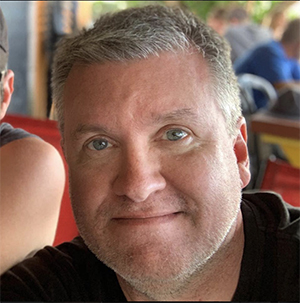 repository for records documenting the history and culture of the LGBTQ communities in the South and the Southwest.”

In Fort Worth, Todd Camp has taken on the job of collecting and preserving Cowtown’s LGBTQ history, and he shares that history in a private Facebook group called Fort Worth Gay History, created in January 2018.

This week, Camp shared a post recognizing the efforts of the late Robert “Bob” Jackson was, for more than 30 years, “a tireless archivist who attended many of the LGBTQ bars, organizations and events, and meticulously accumulated a wealth of history about the Fort Worth gay community.” He linked to an article Dallas Voice published on June 12, 1998, about Jackson’s work which you can read here.

Camp also included an image of Jackson’s obituary in the Jan, 1, 2016 issue of Dallas Voice (Jackson had passed away a few days earlier, on Jan. 27, 2015).
Camp said Jackson had “distributed much of his collection to the various groups he documented over the years, especially TGRA and the Imperial Court de Fort Worth/Arlington,” and that he, himself, had been honored when J gave him “all of the historical remnants of QCinema,” an organization Camp cofounded and helped lead for many years.

Camp noted that the Voice article from 1998 talked about Jackson’s 73 scrapbooks of Fort Worth LGBTQ history, including pages and pages of notes on the histories of the city’s bars. “I’m hoping they’ve landed somewhere safe,” he noted.

Camp concluded: “If anyone knows where they might have gone, please let me know. I’d like to think Bob would have loved this group and would have been delighted to see that his passion for preserving and sharing our mutual history lives on in so many others. He is greatly missed.”

So if anyone out there reading this has some information on where the pieces of Jackson’s collection might have ended up, contact Todd Camp on Facebook and let him know. Even if you don’t know anything about Jackson’s collection of scrapbooks and more, maybe you yourself have something — posters, photos, magazines, memories, etc. — that you would like to pass along to help Camp build his archives. If so, let him know.

Remember, our history tells us how we got where we are today; knowing and understanding it not only helps us avoid making the same mistakes again, it gives us a foundation for continuing to grow.